Not even 10 years ago, Netflix prided itself on disrupting the long-standing power structure and distribution model of Hollywood. As an original content provider, it challenged the traditional norms of the entertainment industry with its online delivery, binge release model, aggressive spending and ambitious expansion plans. None of it strategies or practices followed the standards that traditional legacy film and television studios adhered to.

Today, the market-leading streaming service with more than 200 million global subscribers is a deeply intrenched incumbent power. No longer the callow upstart looking to make a name for itself, Netflix is the go-to example amid a crowded streaming industry. It is the crafty veteran in a battlefield of powerful embryonic streaming warriors. It is firmly perched within the Hollywood hierarchy it once meant to upend.

That leaves room for new challengers to arise, disrupt, innovate, and relaunch the cycle of entertainment development once more. The emerging trend most primed to take on that mantle sees consumer behavior driven by short-form content and leading to longer-term engagement. More generally, it’s the ability of creators to build value outside of traditional entertainment development platforms.

“While it’s true that we are seeing a rise in how short-form content is causing longer-term engagement, it would be missing the point to focus on the length of the content as the change,” Frank Patterson, CEO of production studio Trilith Studios, which has worked closely with Marvel Studios since 2014, told Observer. “The actual change is that creators are beginning to build their own ‘brands’—instead of simply producing user-generated content or shows—by using short-form content on free, low-barrier technologies like YouTube and TikTok to directly access and build audiences.”

What we’re seeing is new talent emerge on free platforms that exist outside of the traditional Hollywood habitat (i.e. mainstream film and television). Once successful, these talents then leverage their audience to extend their brand through an entire ecosystem of longer-form content, Patterson explains. This includes licensed merchandise, consumer products, publishing, games, and more. It creates a multi-pronged revenue-generating brand which was traditionally reserved for marquee on-screen IP like a Marvel or Star Wars.

These are the types of behaviors that will directly impact the entertainment industry’s growth, particularly for Gen Z and younger demographics, and the way content makers will create value for audiences and shareholders alike over the next decade.

One current example of this new trend that Patterson points to is CoComelon, owned by Moonbug Entertainment. It’s a children’s brand built on 3D animation shorts and a YouTube channel. According to data firm Parrot Analytics, CoComelon—which is also now available via Netflix and a premium Hulu subscription—is 18.91 times more in-demand than the average show worldwide over the last 60 days. This is after becoming the second most-subscribed YouTube channel in the world (108 million) and the most-subscribed YouTube channel in the U.S.

The fact that Netflix licensed CoComelon following a lengthy run when it was available worldwide for free is indicative of its brand power. As Netflix’s scripted licensed library shrinks thanks to major studios reclaiming series such as Friends and The Office, the streamer is motivated to identify proven IP that retains audience engagement. Moonbug has since introduced a toy line based on CoComelon characters and a feature-length film. Patterson expects educational games, publishing, and live shows to follow.

“These content creators are building an impressive brand with multiple revenue streams outside of the traditional system,” he said. “They’ve built measurable brand affinity among their audiences and consumers and are now extending their brand in a variety of CoComelon IP. And it all began with free, short content on YouTube.”

Dude Perfect is another example Patterson points to that falls into this new method of development and success. The difference from CoComelon is that it’s user-generated content aimed at an older audience. Five college roommates making comedic sports-themed short-form content on YouTube that quickly connected with young adult males. Today, they have a huge audience (55.7 million subscribers) and a brand that generates multiple revenue streams from the licensing of merchandise and consumer products, a television series, a gaming app, a documentary, and book publishing. Prior to COVID, there were even plans for a live traveling show. As of September 2020, the channel was the second most-subscribed sports channel on YouTube, and the fifteenth most-subscribed channel overall. Dude Perfect has collected more than 12.7 billion views on YouTube over its lifetime.

Social media has also proven to be fertile ground for talents and content creators to cross over into mainstream Hollywood ecosystems if they so choose. Filmmaker and comedian Bo Burnham was a YouTube sensation in the mid-aughts before striking out to more traditional stardom over the last decade. Awkwafina began her creative journey as an online parody rapper and is now an actress, writer, and producer. In 2019, ViacomCBS’ Nickelodeon struck a consumer products deal with digital-first kids content studio pocket.watch for then 7-year-old YouTube sensation Ryan of Ryan ToysReview. This came after Nickelodeon renewed his Ryan’s Mystery Playdate series for a second season. Sarah Cooper went viral during the pandemic for her Donald Trump impersonations on TikTok and now has a Netflix comedy special and a CBS show under her belt.

“This kind of control by content makers is new, and the potential growth for savvy media entrepreneurs is enormous,” Patterson said.

The broadcast system that dominated television for decades provided little opportunity for content makers. They needed to fit within the narrow parameters of broadcast standards and the only way to monetize their content was through deals with the respective networks. Sponsor and advertiser dollars served as funding sources, creating a limited window of “acceptable” programming and creative vision. And while content creators occasionally scored royalties on top of salary, they rarely were compensated for the direct sale of consumer products, games, or publishing connected to their content. Such a system did not allow something like CoComelon to reach the mainstream nor regular high-end compensation for its creators. Now producers have the ability to control every aspect of their content from development, execution, and delivery while reaping 100% of the benefits in many instances.

Digital platforms were once viewed solely as marketing platforms for traditional entertainment with online trailer releases, fan communities, and viral promotional campaigns. But in the present day, outlets such as YouTube and TikTok offer one-click “freemium” access to content when and how consumers choose to view it. It’s then leading to a longer-tail of engagement, particularly among younger audiences who prefer short-form content to traditional TV shows and films. YouTube (150 million) and TikTok (450 million) are among the most-engaged platforms in terms of daily active users.

“Only now, with the new digital first model, audience-building doesn’t have to come from licensed deals inside closed systems—it’s the other way around. Licenses come from audiences built in open systems,” Patterson said. “The model is simple: use digital to build an audience, then leverage your audience to build a multi-vertical media brand through licensed deals, etc. which enable you to extend your brand globally.”

Disney has Marvel and Star Wars, WarnerMedia has Game of Thrones, Harry Potter and DC, Universal has Jurassic World and the Fast & Furious. But eventually, the major IP of today will fade in value. If that day ever comes, homegrown digital brands will be eager to fill the void. 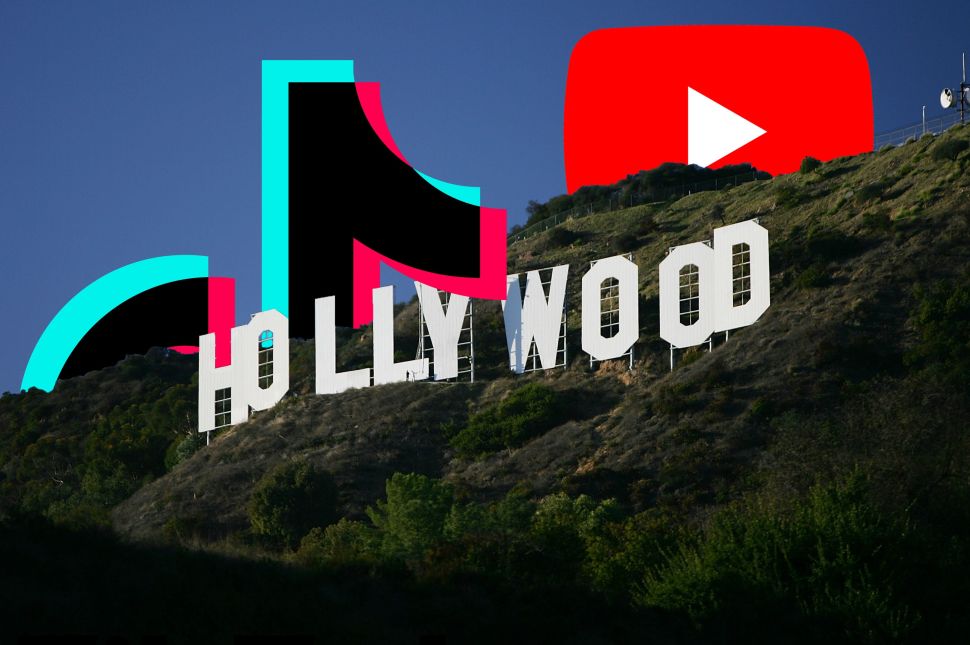