We’ve reviewed the critical elements of Zack Snyder’s Justice League in great detail, compared and contrasted it to its theatrical predecessor, and examined its place in the greater pop culture conversation. But we’re not yet done talking about the Snyder Cut, which arrived on HBO Max Thursday. Now that the polarizing and long-awaited fantasy of a vocal and occasionally toxic online fan campaign is finally a reality, there’s more to overanalyze than ever before. Specifically, who is the greatest beneficiaries of this extended $70 million redux.

The most meaningful character improvement indisputably belongs to Ray Fisher’s Victor Stone/Cyborg. With limited screentime in the original as a result of extensive and expensive reshoots by Joss Whedon, 2017’s Justice League minimized Cyborg’s role in his first major DCEU appearance. Fans have even noted online in subsequent years how many shots from the film’s promotional trailers that featured the character did not wind up in the final edition. Instead, he was left with a muddled arc and insignificant emotional logic.

This time around, Cyborg’s techno-ability feels more like an extension of his character rather than a side effect of his transformation.

In Zack Snyder’s Justice League, the character is far more integral both as a fully realized individual and as a plot component. Victor’s dedicated arc sees him struggle with his new reality in the wake of a car accident that killed his mother and led his father to use a Motherbox to save his life. This transformed him into the living machine we know as Cyborg. He believes himself to be a monstrosity on top of the grief he feels over losing his mother and the lifelong resentment he holds for his father. Not only is he adapting to his transformation, which includes the subtlest of Cronenbergian body horror hints, but he’s also fighting previous familial issues that shape how he sees himself. Though Flash (Ezra Miller) and Aquaman (Jason Momoa) are also further fleshed out, it is Victor Stone who emerges as the soul of this blockbuster.

Cyborg’s quest for internal acceptance serves as a parallel for the Justice League’s journey. Just as he hides away from the world to start, these metahumans begin by showing little interest in helping Bruce Wayne (particularly Aquaman). Each has walled themselves off from the greater world in a way and, in doing so, put a ceiling on their own potential and capacity for change. Doing good is a choice and rarely an easy one. It’s a reality each hero must reckon with on their own terms.

As Victor reluctantly pushes himself into the fray, so too do the disparate team members succumb to their consciences. And as Victor slowly works toward self-realization—”I’m not broken,” he triumphantly declares in the film’s climax—the Justice League melds into a bonded team of warriors around him. Similar to the 2017 version, it is Cyborg who plays a key role in preventing the cataclysm Steppenwolf hopes to bring about. But this time around, his techno-ability feels more like an extension of his character rather than a side effect of his transformation.

Despite the bloat and drag at four hours (not to mention the lackadaisical plotting), Zack Snyder’s Justice League provides improvements over the theatrical version in other key areas as well. The action is much-improved, including a particularly solid third act. Steppenwolf’s re-design is much better looking. And the overall world-building in this iteration teases and pays off notable details comics fans will likely enjoy. But it is Fisher’s character that is undoubtedly elevated the most in this new version. 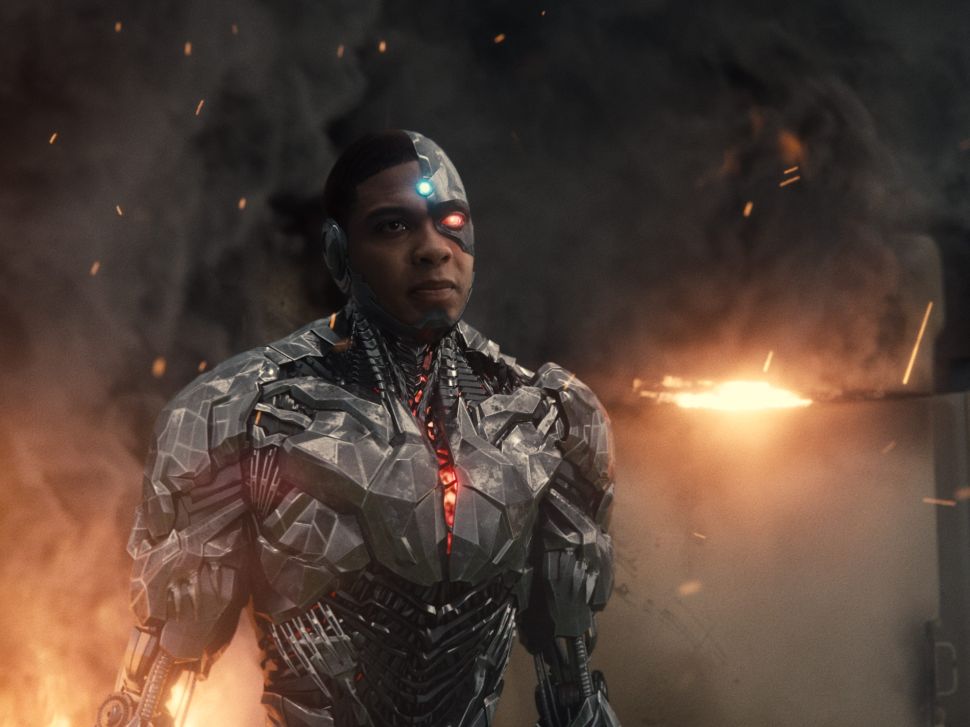