It’s the reason anything gets made in Hollywood. The promise of greatness, the potential for reward. Unfortunately, it’s also the author of a fan’s own undoing. Movie lovers are left wanting and unfulfilled when potential goes unmet. Hype sets up heart break.

That is why Warner Bros.’ 2017 theatrical version of Justice League was such a gut-punch. The Golden Age heroes finally teaming up in blockbuster fashion. A union more than eight decades in the making. Yet the final product—a Frankensteined hodgepodge of Zack Snyder and Joss Whedon’s conflicting visions—was a bust.

The Justice League WB released in 2017 is not the epic culmination to nearly a century of passionate fandom. It’s also not an admirably ambitious strike out that tried to do something different to redefine the genre. Instead, it’s a generic, vanilla, middle-of-the-road disappointment devoid of any distinction. It pleased neither side of the battle line and created a vortex of online hostility while losing WB up to $100 million. The subsequent claims made by Ray Fisher against Whedon for alleged toxic on-set behavior has only added to the film’s muddy legacy.

That’s why Zack Snyder’s Justice League, arriving on HBO Max March 18, never needed to be a masterpiece to be considered a victory. It just needed to deliver a bit more on its potential than its ruinous predecessor. Show everyone a good time and put to bed a nasty past. On that front, Jor-El would be proud.

The Snyder cut is neither the game-changing masterpiece the #RestoretheSnyderVerse campaign hopes to see, nor is it the egregious pop culture affront detractors have already decided it is. The answer is much simpler: it’s a solid new entry in the DC Universe.

Whether or not that is good enough for WarnerMedia, which spent more than $70 million to make the Snyder Cut a reality, remains to be seen. But for the contentious discourse swarming this project for four years, let this be a healing moment. Let’s all finally bond over common ground.

This Justice League is a much-needed renovation, not a reconstruction. The Snyder Cut is a more artfully composed extension of the major plot points of the original. The theatrical version felt stitched together by Edward Scissorhands. But under a singular vision, this iteration is far more consistent and cohesive. It may be Snyder’s most coherent DC film after the occasional whiplash of Man of Steel and Batman v Superman. The movie’s emotional logic is a win against the chaos of the oft-mocked original.

At four hours, there’s definitely fat to burn. It’s just not an ideal setup for consistent pace. The film’s early missions (gather the team, investigate the threat, etc.) are pocked by far too many status updates that pad the clock. The Knightmare sequences bandied about in HBO Max’s marketing turn out to be a double-edged sword. It pays off the tease in Batman v Superman, but remains a distraction overall.

But Snyder uses the additional space to power up the film’s character development. Cyborg, Flash, and Aquaman all feel more rounded out through various family and culture-related struggles. A common complaint of the early DC films was the mischaracterizations of the Man of Steel and Caped Crusader. Here, their renderings won’t elicit so much discussion. Batman quarterbacks the team and Superman’s return punches up a great third act (pun not intended).

Victor Stone morphs from an underutilized afterthought in the original into the heart and soul of the film. Coming to grips with his own re-creation (and the monster he believes he’s become) parallels the group’s journey from disparate strangers to bonded brothers and sisters in arms. It’s a nice reorienting of the character that gives the Snyder Cut its best overall arc. And on a base level, the action of justice is leagues better (terrible pun definitely intended). There’s this fluid, almost video game-like ease to the motion and physicality. Wonder Woman‘s fight scenes look particularly lively.

Structurally, this version isn’t much different from the original. But despite some occasional drag, the story flows more organically than the mix-and-match nature of 2017’s. That one was reverse engineered to swing the pendulum away from Batman v Superman. It felt like the last 20 years of being a New York Knicks fan crammed into two hours. The self-assuredness of the new version allows it to keep sailing forward through occasionally choppy . In lieu of the grimdark depictions that defined Snyder’s early DC films, this Justice League doubles down on the more mythic quality of its otherworldly gods and beings. That cape fits much snugger and gives the film a lighter, more hopeful ease reminiscent of the animated Justice League series.

It’s the reason why this movie has stayed at the center of online pop culture wars for nearly half a decade and why the studio took a financial hit the first time around. It’s also why WB is now caught up in Whedon’s radioactivity. But critics and fans alike all want the same things: good movies. Zack Snyder’s Justice League is good enough. If we lament the online hostility and frenzied media reaction that met the original’s failure, than we should view the Snyder Cut’s drastic improvement as an opportunity to get on the same team again. 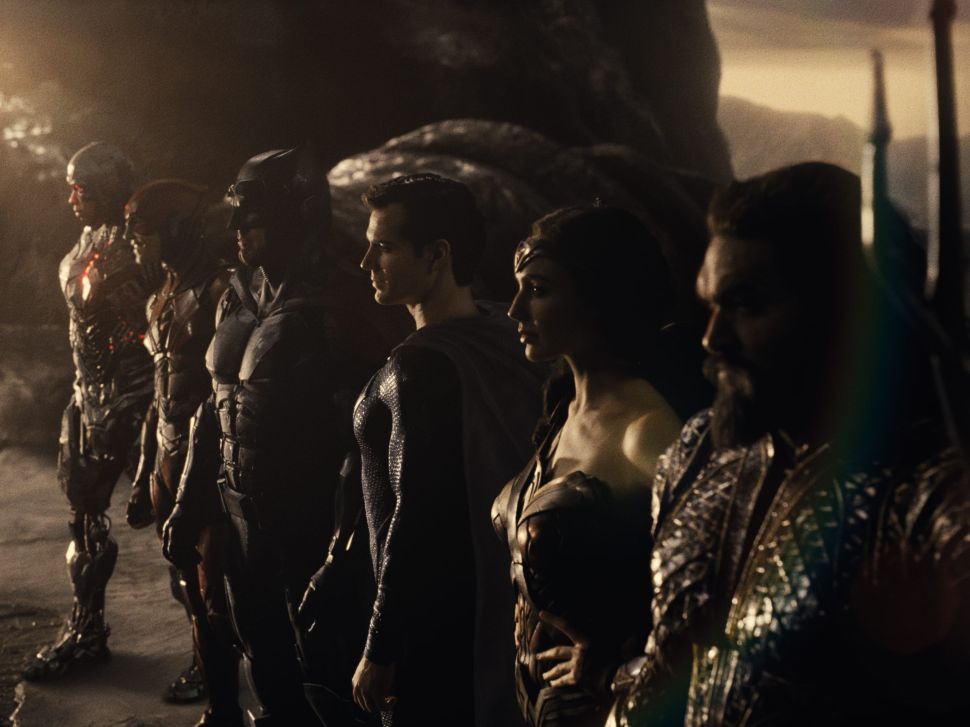