In December, we gathered a handful of our most-anticipated upcoming new TV series expected to premiere over the next year or so. Among them were HBO’s Parasite, which made the list even as we knew little about the actual plot of the proposed spinoff. But the mastery of the Oscar-winning movie and the involvement of filmmaker Bong Joon Ho and Adam McKay were enough to convince us it could be special.

Recently, McKay—whose star-studded Netflix film Don’t Look Up is among our most-anticipated new films of 2021—sat down with MTV’s “Happy Sad Confused” podcast to confirm that the small screen Parasite expansion was still well underway.

“We’re just having the best time,” McKay said, per Collider. “We’ve just staffed up with an incredible writers’ room. I basically outlined the series with director Bong during the quarantine, with him overseeing.”

McKay explained that HBO’s TV series will not be a remake of the film. “It’s an original series,” he said. “It’s in the same universe as the feature, but it’s an original story that lives in that same world.”

Some may understandably roll their eyes at the mention of a “universe” as Hollywood continues franchising its intellectual property ad nauseam. Spinning off the film into a new commercial endeavor is the epitome of capitalism, which the original film attempted to stand against. That’s a fair critique.

But an HBO series from Bong and McKay is an excellent starting point as a match of talent, concept, and TV home. The former is responsible for some of the best original features of the last 15 years. McKay has recently delivered The Big Short and Vice as a filmmaker, polarizing audiences in the process, and has helped to shepherd Succession to HBO as producer.

“Occasionally in life, you get very lucky, and for me to get to work anywhere near director Bong’s orbit — usually, when I hear people say ‘I’m honored,’ it sounds like bullshit to me, but I’m legitimately honored. And having a blast,” McKay said.

So where did the idea for a Parasite TV series come from?

“I had all these key ideas accumulated from when I started writing the script,” Bong told TheWrap last year. “I just couldn’t include all those ideas in the two-hour running time of the film, so they’re all stored in my iPad and my goal with this limited series is to create a six-hour-long film.”

“Even her husband asked about it, but she never answered,” he said at the time. “I know why she had the bruises on her face. I have a story for that, and aside from that, why does she know the existence of this bunker? What relationship does she have with that architect to know of this bunker? So I have all these hidden stories that I have stored.”

In March 2020, Collider reported that three-time Oscar nominee Mark Ruffalo is being eyed to play one of the series’ leads, though that remains unconfirmed. 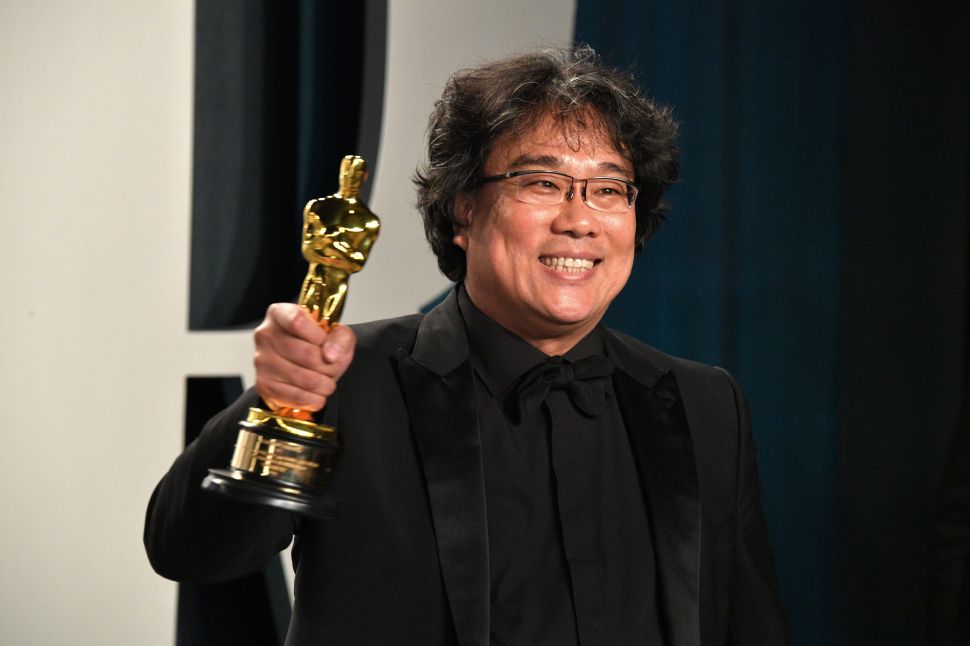