The entertainment industry guards the inner workings of Hollywood as if it were an Infinity Stone poised to fall into the wrong hands. As such, studios keep daily business as hush-hush as possible. Yet the lack of transparency makes it more difficult for us to discern strategy, leaving us to offer our own calculated estimations. Just as entertainment fans use critic reviews as a recommendation tool, Hollywood should view us a strategic advisor.

Our first order of business is pitching the next streaming sensation by unearthing a high-upside intellectual property ripe for adaptation and pairing it with a fitting creative talent and digital home to maximize its potential.

Why The Poppy War Novels: R.F. Kuang’s trilogy is based on the second Sino-Japanese War, but takes place in an alternative mid-20th-Century world where spiritual magic is real and dangerous otherworldly entities can roam our Earthly plane. The series follows a poor orphan girl named Rin who trains in secret to test into the elite Sinegard Academy to escape a hellish life, only to become to world’s most dangerous weapon and a political pawn of immense power.

Grounded in real-world history, borrowing the surrealism of fantasy, and incorporating political and cultural strife, The Poppy War amounts to a dark but rich text of forward-thinking imagination with a nihilistic attitude. The result is an explosive concoction of magical and sub-astral world-building as well as piercing heartbreak and loss.

Why Chloé Zhao Should Executive Produce: Zhao, recently named one of Observer’s ’21 Supernovas, has proven a master of interiority with the intense focus of 2017’s The Rider and last year’s Nomadland, both of which revolve around single characters attempting to rediscover purpose after personal losses. This fits well with protagonist Rin, a deeply flawed lead character who is struggling between duty to her nation, the promise of untold power, and the loss of her humanity. In November, Zhao will showcase her blockbuster storytelling skills with Marvel’s Eternals, a quality testing ground for The Poppy War‘s more supernatural elements and battle sequences. Her meteoric rise combines the character-focus and spectacle The Poppy War series requires. As an executive producer, Zhao can shape the visual language and thematic focus of the series, helping to construct its on screen identity.

Why Amazon Prime Video: Amazon is in the midst of an ambitious pivot away from niche critical darlings and toward mainstream blockbuster home run swings. Science-fiction, fantasy, and genre-tinted entertainment has become the most sought after lane for hungry audiences.

The highly anticipated (and now acclaimed) adult-animation superhero series Invincible is now on Prime Video, the studio’s adaptation of the sprawling Wheel of Time book series arrives later this year, and its $1 billion Lord of the Rings series is on the horizon. Amazon is the second-largest spender on annual content behind Netflix at $8.5 billion and should diversify its roster outside of The Boys and The Marvelous Mrs. Maisel. The dark, politically charged and fatalistic nature of Kuang’s books and its highly flawed lead character fit with Amazon’s penchant for ethically and philosophically gray material. It also gives them yet another high-upside lottery ticket that could break out as a broad appeal hit. 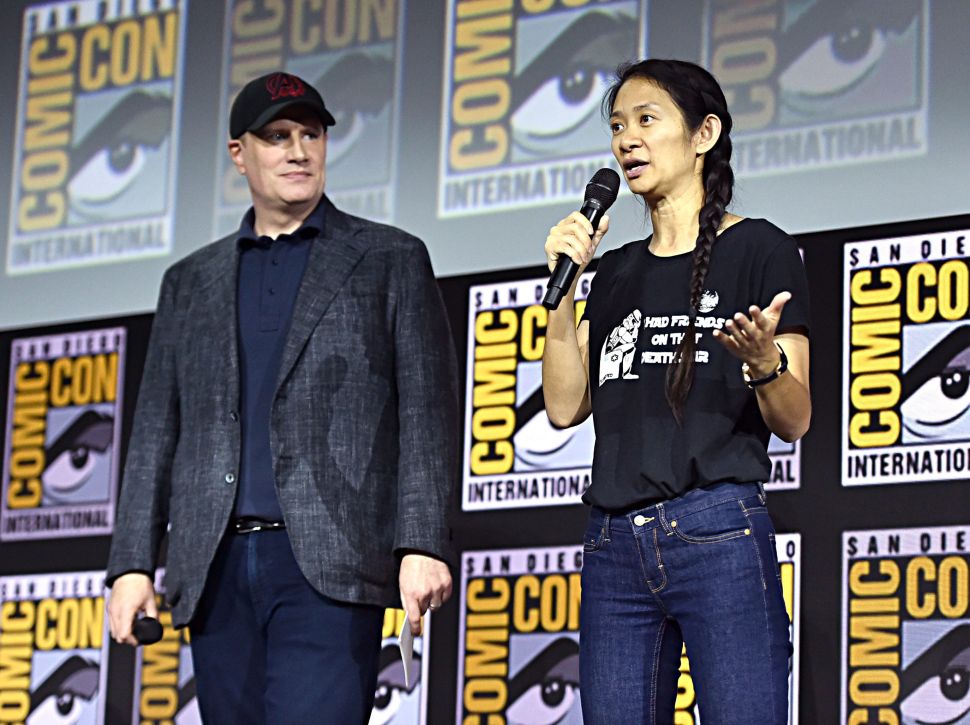