Apple TV+ is a difficult streaming service to properly evaluate. Apple oddly refuses to reveal any semblance of subscriber growth updates, the majority of streaming customers are reportedly operating on free subscriptions that they don’t plan to renew, and industry observers don’t expect the platform to survive the so-called streaming wars. That’s about as sub-optimal as it gets from a commercial standpoint.

But if we’re looking at Apple TV+ strictly through a creative quality lens, there’s an argument to be made that its batting average on original TV series is higher than Netflix’s. Without a licensed library of pre-existing shows and movies, Apple TV+ has relied exclusively on original programming. While that may contribute to the streamer’s struggles, it has resulted in a growing library of eclectic and versatile original TV series that are worth exploring. To help, here are the five best Apple TV+ shows to start with.

Apple won the rights to Jennifer Aniston and Reese Witherspoon’s The Morning Show in a heated industry-wide bidding war for a reported $300 million total over two seasons. Couple that jaw-dropping price tag with how Apple packaged the series to audiences as its first splashy exclusive, and it’s clear that The Morning Show was meant to be Apple TV+’s flagship series. Judging the show through that lens, it’s been a disappointment. It’s not a service-anchoring series in the same vein as Game of Thrones (HBO), Stranger Things (Netflix), The Boys (Amazon Prime Video), The Handmaid’s Tale (Hulu) or The Mandalorian (Disney+).

But freed from the expectation of being the broad appeal home run hit Apple hoped, The Morning Show is a glossy modern drama about the fallibility of the individuals we turn to to keep us informed. Sure, season 1 was an uneven ride of heavy handed contemporary parallels. But it’s never dull with Aniston, Witherspoon, Steve Carell and Billy Crudup all turning in fully committed performances. There’s something undeniably entertaining about the power jockeying that takes place behind the scene of a major American small-screen institution.

Let’s put it this way: The Morning Show was good enough for us to return for its upcoming second season. We can’t always say that about the glutton of other streaming originals that arrive daily on our digital doorsteps.

Hailing from It’s Always Sunny in Philadelphia creative duo Rob McElhenney and Charlie Day, with Megan Ganz, Mythic Quest takes audiences into the every day operations of a video game company in hilarious fashion. While the humor does hew close to Sunny in its workplace dynamic shenanigans, the characters are a bit more self-aware and kind-hearted than the bottomless pit of selfishness and cruelty exhibited by the owners and operators of Paddy’s Pub (which we also love).

On the scale of workplaces comedies, Mythic Quest is somewhere between NBC’s Superstore and HBO’s Silicon Valley. There is a shred or two of the former’s good natured broadcast sentiment while the sharp and pointed humor of the latter is abundant throughout. It also absolutely nailed its quarantine special in a way other shows have not.

Executive produced by Kumal Nanjiani and Emily V. Gordon (The Big Sick) and Alan Yang (Master of None), Little America is an episodic anthology that is based on true American immigrant stories. In pop culture, This Is Us has become the go-to series to elicit cathartic happy ugly cries, but that title should belong to Little America.

The series is nothing short of splendid. It’s overwhelmingly touching, joyous, inspirational and feel good. As it is based on true stories, each episode leaves you with a sense of wonder at the strength of the human spirit. It’s a reminder that all peoples across all spectrums deserve love and acceptance. The series also features a different director for each of its eight episodes, providing viewers with a varied style from show-to-show. Each chapter feels like a little cultural snippet as we explore different pockets of people.

Little America may very well be the single-most underrated TV series on the small screen right now. It has already been renewed for a second season.

We here at Observer are big fans of Ronald D. Moore, who cut his teeth on Star Trek: The Next Generation before creating the Battlestar Galactica reboot and Outlander (next, give him his own Star Wars series!). The man is a master of grounded, character-fueled sci-fi, which is exactly what For All Mankind is.

Here, Moore has delivered something of a twofer: it’s an alternative history where the Soviet Union beat America to the moon and the space race never ended, leading to technological advancements and new global political ideology. The series asks humanity’s favorite question, what if?, while dabbling with a realistic intersection of society and technology. At the same time, it builds each major development on the backs of its characters, using their individual journeys as creative side-doors into life’s larger questions.

For All Mankind recently wrapped up its second season in scintillating fashion.

Ted Lasso has followed the same playbook as Stranger Things as both series were more or less dumped into less-than-ideal late summer release dates before unexpectedly emerging as their respective streamer’s quarterback series.

Ted Lasso uses the time-honored sports underdog story to deliver a message of pure and wholesome self-belief, warmth, and optimism. With the great Bill Lawrence (Scrubs, Cougar Town) serving as co-creator, perhaps we shouldn’t be surprised that the series managed to outstrip our expectations and deliver the kind of hopeful and uplifting message we all needed during the pandemic.

Jason Sudeikis is pitch-perfect as the folksy football-turned-fútbol coach out of his depth and Ted Lasso surrounds him with with the perfect balance of foils and allies (long live the Diamond Dogs!). Apple TV+ smartly recognized the phenomenon it had on its hands and renewed the show for two expanded seasons back in October. 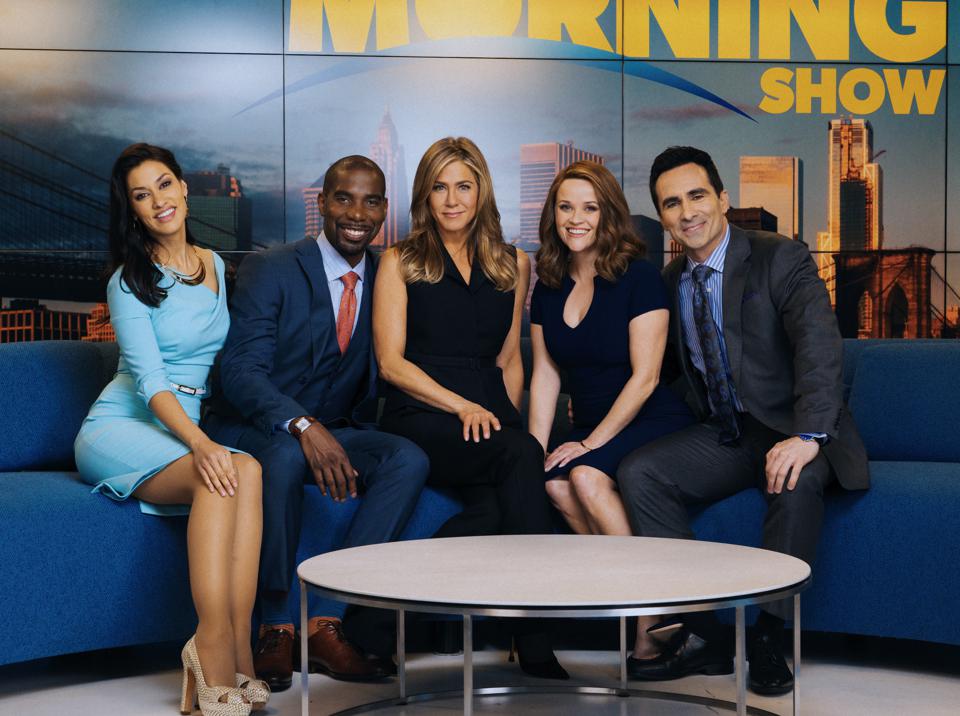