In almost every developed country outside the U.S., the Oxford-AstraZeneca COVID-19 vaccine is the most administered shot by far among existing coronavirus vaccines. It shares many advantages with the Johnson & Johnson vaccine recently approved for emergency use by the FDA: it’s cheap to manufacture, easy to transport and store, and most importantly, highly effective. And yet, concerned with its messy trial results and recent real-world data suggesting a rare but dangerous side effect, U.S. officials are hesitant to greenlight the Astra vaccine for Americans.

Why Hasn’t FDA Approved It Yet?

On March 23, the U.S. National Institute of Allergy and Infectious Diseases (NIAID) issued a harsh statement announcing that the safety board overseeing AstraZeneca’s vaccine trial was concerned the company “may have included outdated information from that trial, which may have provided an incomplete view of the efficacy data.”

The NIAID’s safety board, DSMB (Data and Safety Monitoring Board), said Astra’s interim phase 3 trial results contained “potentially misleading” figures that were “the most favorable for the study as opposed to the most recent and most complete.”

The issue at the center was that Astra failed to assess some 50 COVID-19 cases from the trial that had come in between the day DSMB authorized the company to conduct interim analysis and the day it submitted results. These additional cases, which Astra later assessed upon DSMB’s warning, didn’t change efficacy figures much. (Overall efficacy rate dropped 3 points to 76 percent and rose 5 points to 85 percent for seniors.) Yet, the incident cast a shadow over Astra’s already bumpy vaccine campaign in the U.S.

According to three former senior U.S. official speaking to Bloomberg on anonymous basis, the National Institutes of Health (NIH), which worked with Astra in setting up its phase 3 trial in the U.S. last summer, was frustrated over the company’s slow response to the government’s request of data on negative effects during the trial.

The FDA has no intention to slow down any vaccine approval process, one of the former officials said. But, with three highly effective vaccines in the market already, the agency is also in no hurry to authorize a fourth one.

Astra plans to officially submit data for an FDA review this month. But a final ruling could take weeks as officials deliberate over its complicated trial data.

Is AstraZeneca Vaccine Really That Bad?

Meanwhile, a new set of issues are emerging in the U.K. and EU countries, where the Oxford-Astra vaccine was among the first shots authorized for mass use.

Real-world vaccination data found that a small number of people who received the Astra vaccine had developed a rare form of blood clotting called cerebral venous sinus thrombosis (CVST). Since March, a growing number of European countries, as well a Canada, have suspended use of the Astra shots for certain age groups to investigate the blood clot concern. (Most recipients displaying the effect were under 60.)

Data from side effect probes actually came out better than feared. British regulators said the overall incidence of cerebral blood clots was about one case for every 250,000 people who’d received the vaccine. The reported risk in Europe is one in 100,000, according to the European Medicines Agency. The chance of developing the illness is comparable to the rate of incidence among the general population; about one in every 200,000 people of all ages develop CVST in a given year, according to the Johns Hopkins University School of Medicine.

A link between the Astra vaccine and blood clots is possible, said U.K. and European regulators, as well as the World Health Organization. But the benefits of getting the shot outweigh the risks, they stressed.

“I didn’t question their data at all. This is a good vaccine that is going to have a very important role in the global response to this outbreak,” NIAID director Dr. Anthony Fauci said at a White House briefing on March 31. 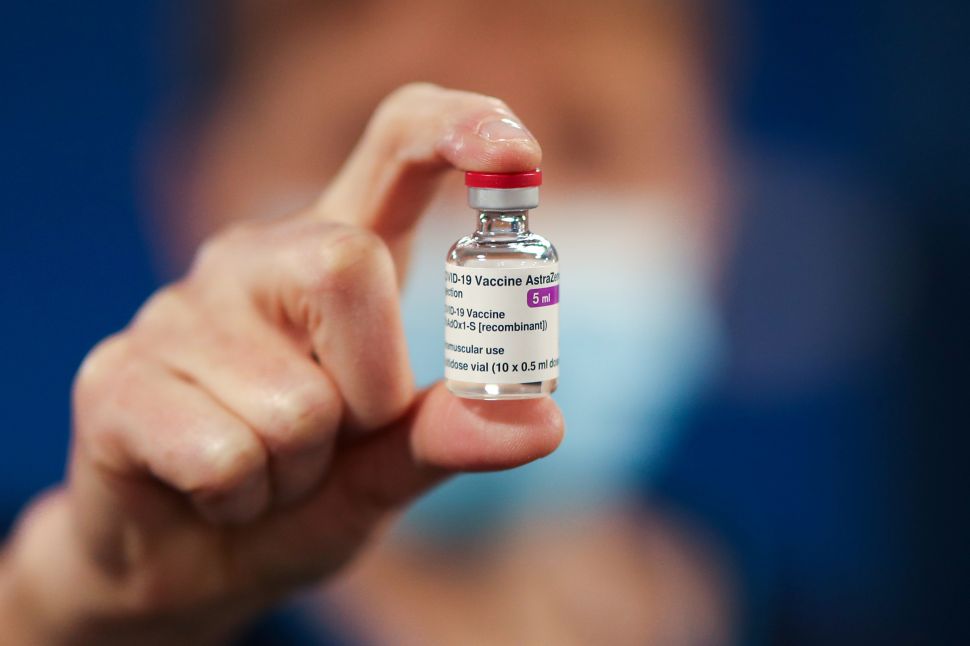