Banksy is one of the most popular and elusive street artists in the world, but his fans in the United States are at a disadvantage due to the fact that the graffiti artist usually tags around his home country of the United Kingdom. Additionally, given that Banksy’s work is most often relegated to side streets and public infrastructure, you’d be hard pressed to find his work in a museum. Now, however, it seems that a Banksy exhibition entitled “Banksy Expo: Genius or Vandal?” will be coming to New York in August, and although exact dates aren’t available yet, tickets will go on sale on May 4th.

According to the exhibition’s website, the show is set to feature “more than 80 genuine, authenticated artworks by Banksy from private European collections,” which evidently constitutes “the largest collection of artworks anywhere by Banksy.” Additionally, the exhibition will offer “art installations, photos and videos showing street works by Banksy, which are currently mostly lost, in what was their original organic environment.” The website also specifies that the show was not authorized by the artist himself.

However, it’s indeed correct that once works by Banksy appear on the street, it’s only a matter of time before they’re either stolen, snapped up by collectors or otherwise tampered with by overly enthusiastic fans. Earlier this year, his tag of a hula-hooping girl was removed from its spot on a building in Nottingham, England and sold to an English gallerist, and in France, his sketch of a rat was notoriously carved out of a sign for the Centre Pompidou’s parking lot by the thieves who made away with it.

Although Banksy’s identity remains a mystery, it’s clear that the enigmatic haze that surrounds his work has yet to stop hypnotizing anyone who looks at it. Therefore, it’s a fair guess that this August exhibit will rake in a whole lot of money. 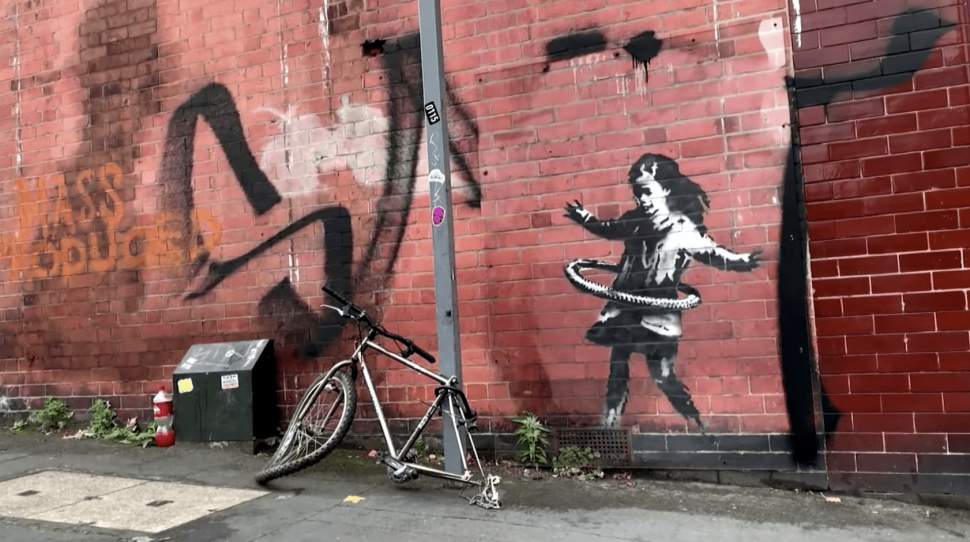