During the recent NFT gold rush that’s seen artists and auction houses absolutely clean up, many other would-be entrepreneurs and innovators have attempted to it on the craze with creations like NFT versions of limited-edition coffee table books and Academy Awards ceremony gift bag items. Recently, an NFT version of the artist Jean-Michel Basquiat’s 1986 mixed media work on paper Free Comb with Pagoda appeared for sale on the platform OpenSea. The NFT, which was backed by the firm Daystrom, was offered up for auction with a shocking additional term: if the buyer of the NFT wished, the original artwork would be destroyed so that the NFT would be “the only remaining form.” This week, the NFT was withdrawn.

When the NFT was originally offered, the listing guaranteed that purchasing the artwork would include the acquisition of “reproduction and IP rights that will be sold to the highest bidder in perpetuity.” However, according to new reports, the NFT was made without ownership of the license or rights to the work, and so Basquiat’s estate stepped in to ensure that the NFT would not be sold, and subsequently that the original artwork would not be destroyed. “The estate of Jean-Michel Basquiat owns the copyright in the artwork referenced,” David Stark, the licensing agent in charge of Basquiat’s archive, told The Art Newspaper. “No license or rights were conveyed to the seller and the NFT has subsequently been removed from sale.”

“While blockchain transactions are widely considered a trusted source of authentication and provenance, best copyright practices have yet to evolve for the digital economy,” Daystrom said. While NFT versions of inauthentic art are certainly proliferating all around the internet, it’s one thing to pass off a cheap ripoff of an artwork as novel in a new form and quite another to promise to destroy original artwork if the buyer of an NFT desires.

Additionally, this particular NFT debacle conveys brazen attempted devaluation of Basquiat’s work that’s mirrored by the backlash to the Chadwick Boseman NFT that emerged in gift bags at the Oscars recently. Coupled with the fact that Boseman did not collect the posthumous Oscar many suspected he would, many critics of that NFT pointed out how the existence of the token demonstrated exploitation of the actor’s presence and integrity, even in death.

With the Basquiat NFT, the conditions are similar: a deceased Black artist’s work was repurposed by a group of “digital provocateurs” who took no issue with the possibility of eradicating the original piece entirely. It leaves a rancid taste in your mouth. 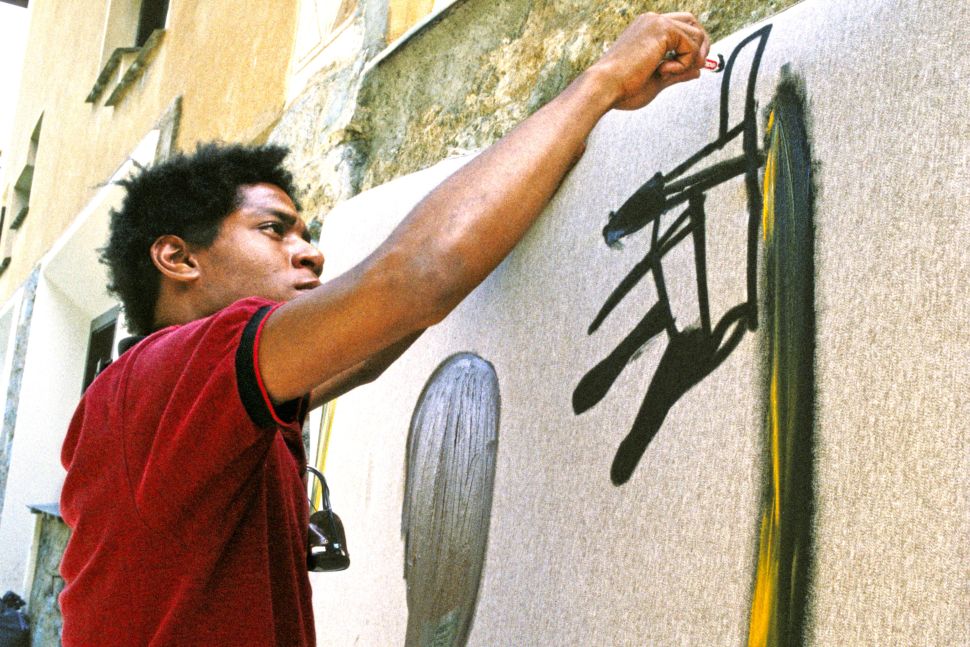