Art for children and fine art aren’t nearly as different as we think, Children’s Museum of the Arts Executive Director Seth Cameron reminds us. The ideal is at the heart of Cameron’s latest project for the museum, an animated kid’s series called The Look Make Show which teaches children about art and how to face life’s challenges. The main characters Rod and Coney empathize with perhaps the most relatable of our recent challenges – the television screen trance that tempts us to waste away endless hours of pandemic doldrums. Rod and Coney’s solution is to take the power back, to create their own show to share their art with friends.

Comedically indignant declarations of artistic independence accompany the brilliant idea. “For far too long the artistic creativity of children has been maligned, sidelined, overlooked, abbreviated, relegated, denigrated and disparaged,” the one-dimensional children proclaim. “I don’t even know what you’re talking about kid,” a bewildered street vendor replies. The moments of witty banter continually harken back to Cameron’s vision – that children’s art is capable of grappling with the same complexities of fine art. The series proves the point repeatedly, allowing children to face issues that run the gamut from anxiety to cultural appropriation and social justice. And it takes children along for the ride, promising them future opportunities to create art showcased in the series itself.

Cameron’s inspiration for The Look Make Show is derived in part from the animated series he enjoyed growing up. “I wouldn’t be the person I am or the artist I am if it wasn’t for children’s television,” Cameron said to attendees of a virtual event for the show’s premiere. “When you start to look into the history of early American animation, you discover they were exploring the same fundamental aesthetic questions of fine artists at the time like Jacob Lawrence and Stuart Davis. How do we make space from flat fields of color? How do we create the experience of time statically?” The series seems to incorporate many aesthetic features of these classic animations, juxtaposing the flattened black and white outlines of Rod and Coney with the vibrant 3D colors of their fast-paced backgrounds, from New York City streets to international monuments and production studios called “Understanding Limited” (where the children promptly get thrown out after pitching an idea in which the producer’s bologna sandwich was the unfortunate casualty).

On a broader scale, the series fits within CMA’s mission to make arts education available to children irrespective of background or ability. “When we closed our doors a little over a year ago we were forced to rethink how we could connect with our audiences and our kids anew,” Chair of the Board of the Children’s Museum of the Arts William Floyd said during the show’s premiere event. “We as a community of artists took this challenge to heart and turned it into an incredible opportunity to unite children and artists alike to create and share ambitious works of art with our communities and with the world.” And although CMA is temporarily closed until the summer, the museum continues to utilize all the virtual tools at their disposal to bring arts programming to increasingly wider swaths of children. Last night, Cameron and Floyd premiered The Look Make Show’s first episode with the live event platform Bramble. And today, they launched their massive Kickstarter campaign to raise $25,000 to meet the show’s production costs and increase funding for the museum’s wide array of programs. “Screen experience isn’t something new,” Cameron told the premiere’s attendees. “It’s been part of the fabric of our reality and our collective imagination for well over a century. The divide between the virtual and the real is a little bit bogus.”

Ultimately, whether virtually or in-person, their endeavors continue to stem from the premise that all children are artists, even during a rather creatively-stifling global pandemic. “What matters is what inspires our kids,” Cameron said to the group. “What makes them laugh, what might teach them something, what draws together their reality and their imagination so they can create the world they want to live in.” 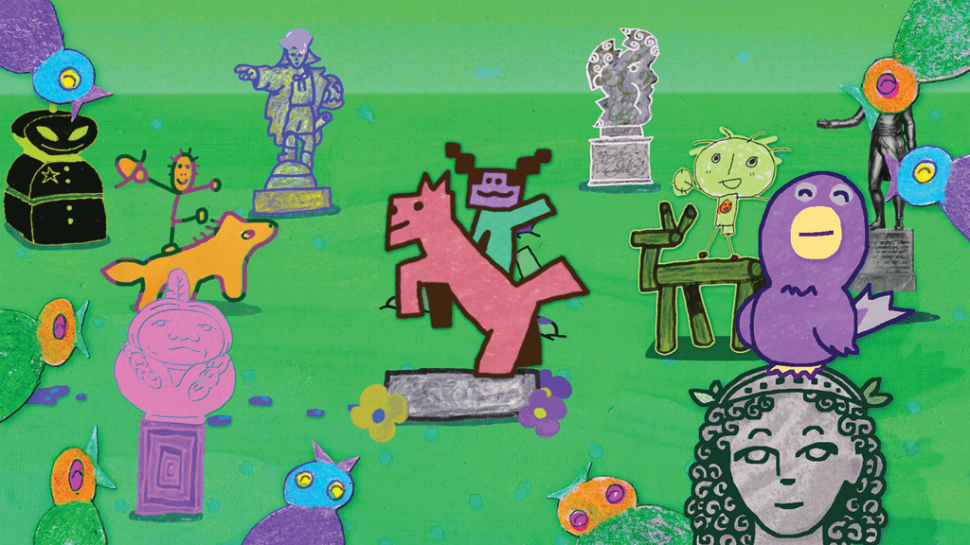