On Tuesday, a deeply bittersweet sense of validation swept through America upon the announcement that Minneapolis Police officer Derek Chauvin had been found definitively responsible for the murder of George Floyd: Chauvin was found guilty of second-degree murder, third-degree murder and second-degree manslaughter, which collectively means that he’s facing approximately 75 years in prison. Since Floyd’s murder last May, renewed arguments against the continued standing of Confederate and racist monuments across the country have surged in earnest, but in Florida, these arguments have been met with legal action. According to the New York Times, the Florida senate recently passed a bill that would make “willfully and maliciously” pulling down a memorial a second-degree felony.

In essence, what this means is that in Florida, there will be harsher punishments for any theoretical protestor or demonstrator who damages property, and this includes the state’s copious Confederate monuments. Now, if you took down a Confederate monument in Florida, you could be facing up to 15 years in prison. Additionally, according to the Times, the bill makes it easier for anyone who, say, injures protestors with their car to skirt civil liability.

“This legislation strikes the appropriate balance of safeguarding every Floridian’s constitutional right to peacefully assemble, while ensuring that those who hide behind peaceful protest to cause violence in our communities will be punished,” the Florida governor’s office said in a statement. “Further, this legislation ensures that no community in the state engages in defunding of their police.”

Florida’s harsher crackdowns on anyone who’d dare to remove a Confederate monument are reminiscent of moves being made lately in Britain, where cultural leaders are being instructed to “retain and explain” problematic monuments instead of taking them down. Additionally, the U.K. government has also threatened to cut funding from museums or institutions that took down problematic, colonialist or otherwise objectionable statuary. 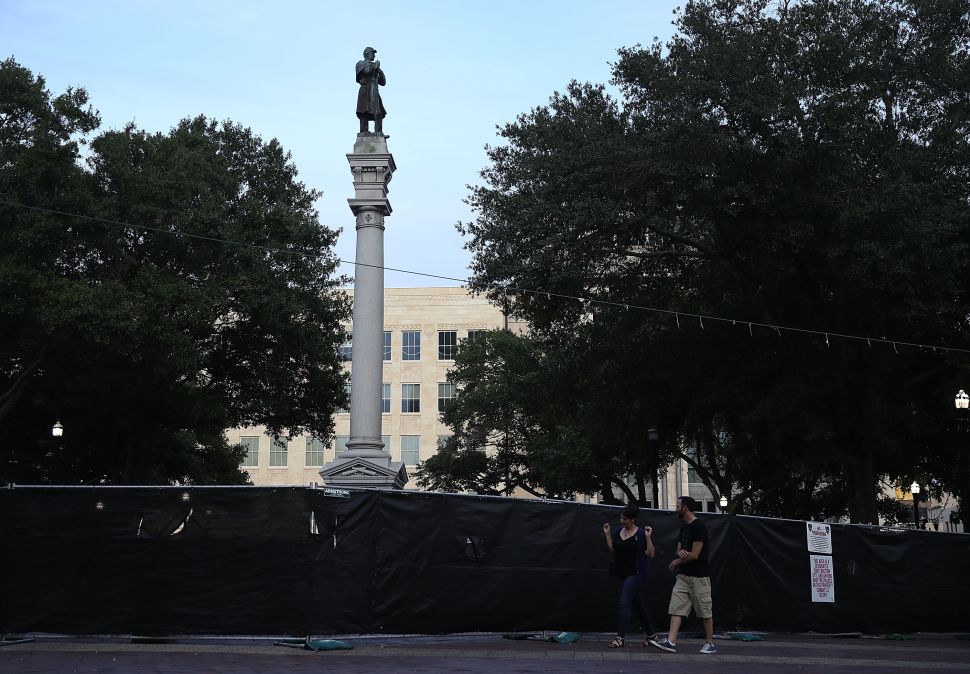