As of Monday, half of U.S. adults have received at least one shot of COVID-19 vaccine. Now, everyone aged 18 and above in the country is eligible for vaccination—a goal reached ten days earlier than the May 1 deadline aimed by the Biden administration. However, the danger of COVID-19 is still present as new strains of the virus continue their rapid spread, some of which escape the protection of existing vaccines.

For example, a variant called B.117 variant, which first emerged in the U.K. last year, is now the dominant coronavirus strain in the U.S., CDC Director Rochelle Walensky said last week. Another variant called P.1, first identified in Brazil, is now the second-most prevalent version of COVID-19 the virus in the U.S. Reported cases of the particularly worrying B.1.351 variant, which was first detected in South Africa, are also on the rise.

Research as to how exactly these variants react to available vaccines is still limited. Real-world and trial data have suggested that efficacy rates drop significantly when tackling some of these variants, especially B.1.351. The AstraZeneca-Oxford vaccine is 86 times less effective against this variant, one study found, while mRNA vaccines, made by Pfizer and Moderna, are six- to eight-fold less effective against it.

A growing number of pharmaceutical companies, including the makers of first-generation COVID-19 vaccines as well as new entrants, are working on booster or new shots targeting coronavirus variants.

Here are some of the notable second-generation COVID-19 vaccines currently under development:

The National Institutes of Health has begun testing a new Moderna vaccine designed to protect against the South African variant in the U.S. The phase one trial, which started in late March, will recruit 60 adults who participated in Moderna’s original COVID-19 vaccine trials last year and 150 people who haven’t received any COVID-19 vaccine yet.

Researchers expect the trial to be fully enrolled by the end of this month and have preliminary results in the summer. The FDA has said it will work to expedite the authorization process for any updated vaccines targeting COVID-19 variants.

The British pharma giant is still struggling to move its original COVID-19 vaccine past regulatory hurdles in the U.S. and side effect investigations in Europe. But that has stopped the company from making new vaccines targeting the dangerous variants.

A modified version of the AstraZeneca-Oxford COVID-19 vaccine designed to combat the South African variant could be ready by the end of 2021, a company spokesperson said in an interview with an Austrian newspaper published on Sunday.

Real-world vaccination data from Israel have indicated that the Pfizer/BioNTech vaccine offers strong enough protection against most COVID-19 variants, including the South African strain (despite a lower efficacy rate). But Pfizer CEO recently said that people who’ve received the original Pfizer/BioNTech vaccine will likely need a third dose between six and 12 months in order to stay immune.

Pfizer and BioNTech have started testing the third booster shot. The companies have said they could modify this shot to address new variants if needed.

Germany’s CureVac is one of the pharma companies in the race to develop the first-generation coronavirus vaccines. Its original shot, also mRNA-based, is seeking authorization in Europe and aims to produce 300 million doses this year.

CureVac CEO Franz-Werner Haas said on Monday that the company is already in discussions with the U.S. and other countries about supplying the second-generation vaccines capable of combating multiple strains of COVID-19.

Inovio was also among the first pharma companies working on COVID-19 vaccines early in the pandemic. Its vaccine is different than most competing candidates in that it’s DNA-based, and it has produced surprisingly positive results on worrying variants.

The Bill Gates-backed biotech startup last week reported that its COVID-19 vaccine candidate INO-4800 had induced a robust T cell response in humans against all spike protein variants of concern in a phase one clinical trial. 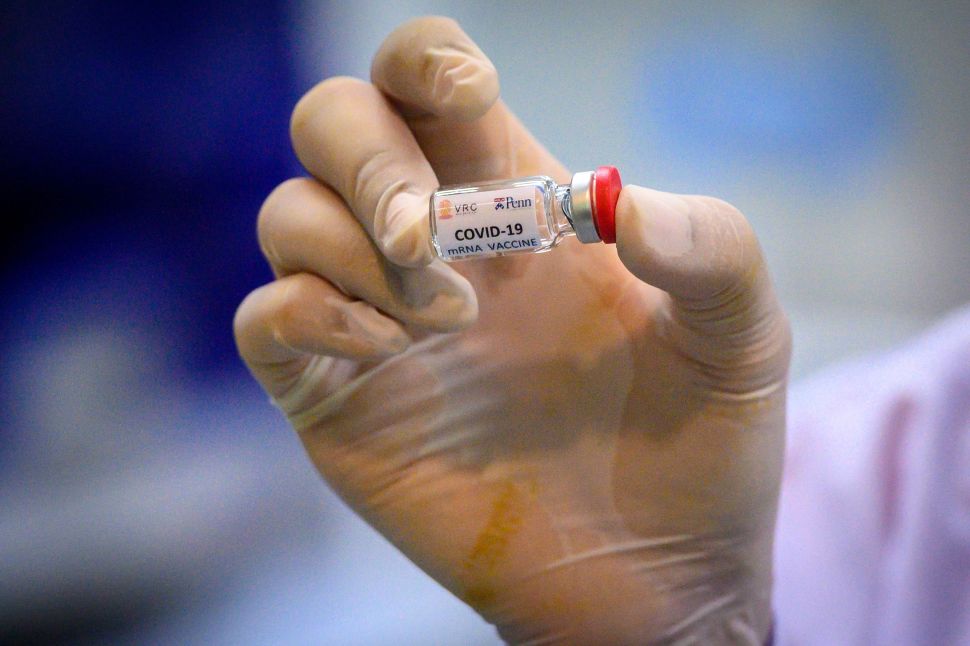