Friday April 2nd, the Hollywood Sign’s “O” was filled with a cow face painted on an overhanging sheet. To the bafflement of many, there seemed to be no accompanying meaning or promotion behind the stunt. Just a cow. When three of the alleged cow-vandals were arrested, they told the officers at the scene that there was: “No political cause whatsoever.”

One of the people arrested that day was 21-year-old artist Danny Cole. While he couldn’t speak of his alleged vandalism, he did post process photos on his Instagram in the weekend following. “Everyone keeps asking what the meaning of the cow is but the whole purpose is for everyone else to make it whatever they wanted it to be,” he told Observer.

Cole is an American painter and interdisciplinary artist based in New York. He’s self-taught, getting kicked out of art class in high school and moving to New York at age 18 with the hope of creating a “utopian world.” “One that I can invite people to and where people are able to explore and imagine protected from harm’s way,” he elaborates.

Up to today, the young artist has mostly focused on painting as his medium, creating colorful large-scale paintings and the occasional piece of street art live experiences and community projects.

Speaking to Cole about his work and process can leave you baffled as the cow-painting without context. Building a career around portraying imaginary worlds, it’s not hard to see how his signature “creatures” (the figures in his paintings) manifest in his head. He speaks highly conceptually, with his mind in his clouds and his work following suit.

“These creatures aren’t the only creatures in the universe but they’re the ones that I have felt personally connected to,” he says. “There’s one, in particular, that’s been in my mind for two years and I’ve been trying to wrap my head around this overwhelming divinity where the first time I met this creature.” The exchange, he says, took place “at the front door of this palace.” Her skin, she adds, was “white and shiny and each of her body was divided into sections.”

Cole’s interest in the imaginary stems from his interest in what is real. He says he’s often pondering about shared reality and how many people need to believe something for it to become “real.” “Could it just be one person [who decides something exists]? Everything in the world is truly just in our perception,” he told Observer. “I think it is a phenomenal thing to assess what can reality be and ask ourselves what do I want reality to be and how can I make that a reality right now?”

While it can be hard to bring Cole back down to earth for long enough to get a solid answer about his future plans. He will continue to work with his friend Greg Aram from LA-based musical duo Junior Varsity, who was also allegedly involved in the cow incident (along with photographer Landon Yost) and uses cow imagery in their latest release. This, they say, doesn’t mean the Hollywood incident was a PR stunt.

Instead, when talking about his future work, Cole swears that he’s currently building a spaceship. When asked if the spaceship is metaphorical or another art piece, he laughed then urged persistently: “It is a spaceship.”

“I’m very determined that I’m going to have a spaceship that will get me closer to being able to more immersively explore and participate in all of these seemingly far away, phenomenal things and define the places in the universe that we are in right now,” he says. “The spaceship is already under construction and it’s around 65% done. Meaning you’ll be seeing it shockingly soon.” This timeline, he says, equates to roughly the upcoming summertime in New York.

If you’re looking for answers about the cow piece, Cole has very few. In fact, he’s establishing himself as the type of artist to come up with a bunch of questions. With this in mind, it’s natural to expect the same bizarre elements in the next spaceship release and beyond. With work that can leave us all scratching our heads, Cole’s mission as an artist is complete. After all, he’s working to take us on a journey through the imaginary and leave us questioning what is real, and if something even needs to be “real” to matter or make an impact. 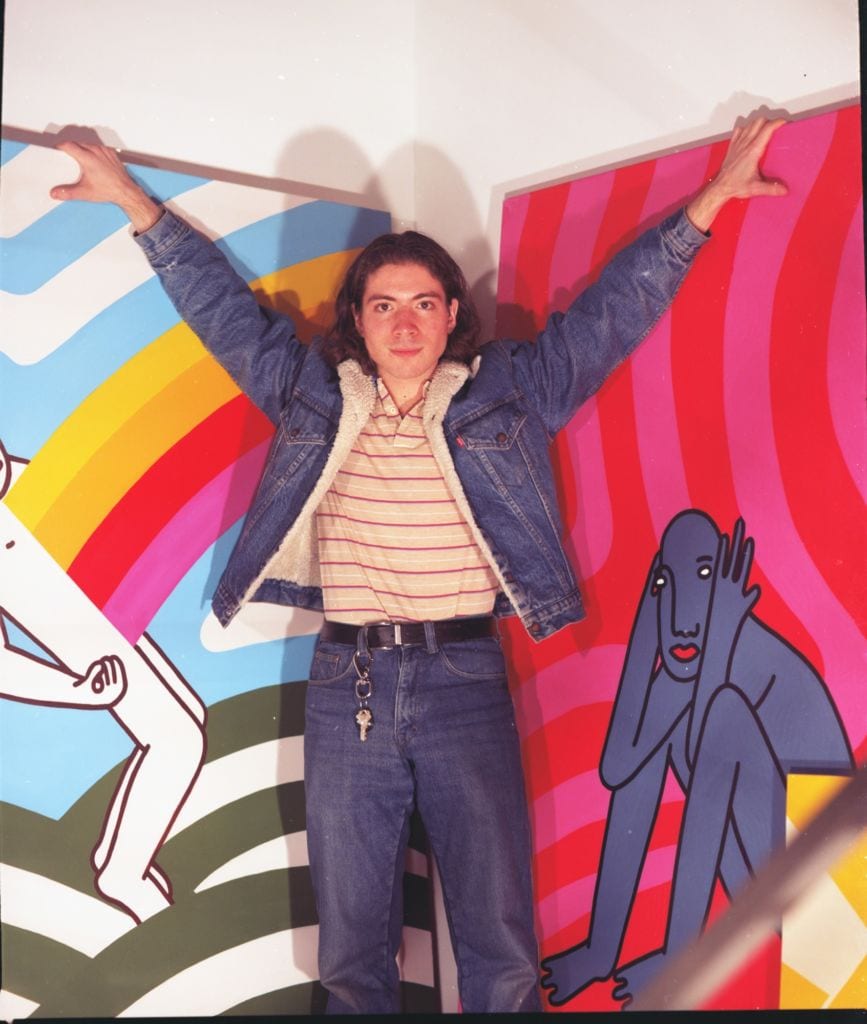