Two years ago, the cognitive psychologist and philosopher Susan Schneider wrote that the dystopian future dream up by Elon Musk in which human brains and computers are merged into one would be “suicide for the human mind.” Like it or not, since then scientists and engineers working for the billionaire entrepreneur have made a lot of progress toward that vision.

Last August, Musk’s neurotech startup Neuralink proved that its brain-machine interface worked in pigs. During a live demo, an audience was shown real-time neural signals from a pig who had a chip implanted in his head. Last week, the company showcased a more sophisticated experiment where a macaque monkey with two Neuralink devices implanted in his brain playing the video game Pong with his mind.

Some have noted that the monkey experiment isn’t so revolutionary as it seems and that similar technology has been around for two decades. The first comparable demonstrations took place in 2002, Business Insider reported, when a group of researchers successfully got a monkey to move a cursor on a computer screen at will by decoding activity of a few dozen neurons in its motor cortex into a signal. The actions were very similar to we we saw in the Neuralink video.

“I doubt we will have accurate, mind-reading consumer devices in the near future,” Anna Wexler, a professor of medical ethics and health policy at the University of Pennsylvania, wrote in an op-ed for STAT last week, noting that “neuroscience is far from understanding how the mind works—much less having the ability to decode it.”

That said, scientists do acknowledge the engineering progress achieved by Neuralink. “In principle, the idea of a monkey (or a human) controlling a cursor is not new. But the Neuralink demo does appear to show significant technical advances, particularly in terms of the wireless system and number of electrodes that seem to have been successfully implanted,” Wexler told Observer.

Like those researchers in the early 2000s, Musk envisages that implantable brain chips could one day help people with neurological disorders take control of their lives and eventually merge human intelligence and machine intelligence to create sort of a superbeing. That may not happen anytime soon, but the Tesla and SpaceX CEO’s habit of hyping up nascent technology to his 50 million fans on social media is worrying tech ethicists.

“What concerns me in the near-term are the potentially false claims,” Wexler said. “Neuralink’s employees are scientists and engineers working on developing what appears to be a legitimate device for medical purposes. Yet, the company’s co-founder is fond of making grandiose and bombastic claims about the potential for that same technology to cure all diseases and allow humans to merge with AI.”

And even if Musk’s company succeeds on the tech front, the broader social implications of a mind-reading brain device is complicated.

“While I’m excited about the therapeutic applications of brain chips for those with movement and memory problems, I worry about the widespread use of brain chips in the future,” Schneider told Observer in an email.

“Without proper regulations, your innermost thoughts and biometric data could be sold to the highest bidder,” she added. “People may feel compelled to use brain chips to stay employed in a future in which AI outmodes us in the workplace.”

And at the moment, testing such an invasive tech on animals has drawn fire from environmental groups. “Monkeys in neuroscience experiments are kept constantly thirsty or hungry to coerce them to cooperate and stare at a screen for hours,” the People for the Ethical Treatment of Animals (PETA) said in a statement sent to Observer last week. “Experiments similar to Neuralink’s have been done many times before, always at the expense of animals whose lives have been stolen, and nothing has come of it.” 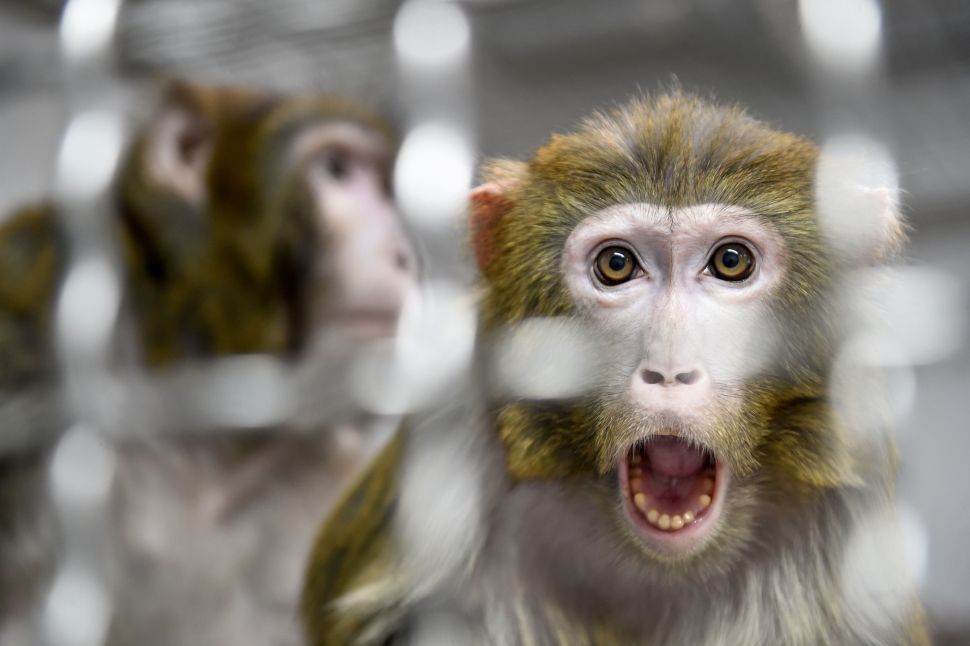