Nazi-looted artwork has a way of traveling all over the world in a manner that’s extremely compelling: no matter when the saga of the individual work of art comes to an end, you can bet that the journey to its getting there was fascinating to behold. As of Monday, the Tel Aviv Museum of Art in Israel has kicked off the process of returning two 17th-century Flemish tapestries of Moses to the heirs of Rudolf Mosse, a German publisher whose substantial art collection was stolen by the Nazis in the midst of the 1930s.

The tapestries in question, which have resided within the Tel Aviv Museum of Art since at least the 1970s, portray biblical scenes of an infant Moses being discovered in a basket floating in the Nile River, as well as the adult Moses’s later journey with followers across the Red Sea. “Restitution is an ethical and professional obligation,” Tania Coen-Uzielli, director of the Tel Aviv Museum of Art, said in a statement to Artnet News. “In recent years, the study of the provenance of works of art has become a major concern of museums around the world. Museums allocate major resources to provenance research, which is significant for providing historical justice.”

“We celebrate every piece we locate,” a project coordinator for the Mosse Project, Meike Hoffmann, added to the Times of Israel. “I have to say, though, I find it very difficult when we find a piece in Israel, because I don’t want them to have to give it back.” Recently, Italy’s national police force announced that a painting by Nicolas Poussin that had been looted from its French owners during Nazi occupation had been discovered in Italy, indicating just how much art that’s yet to be returned to its rightful owners has yet to be discovered. 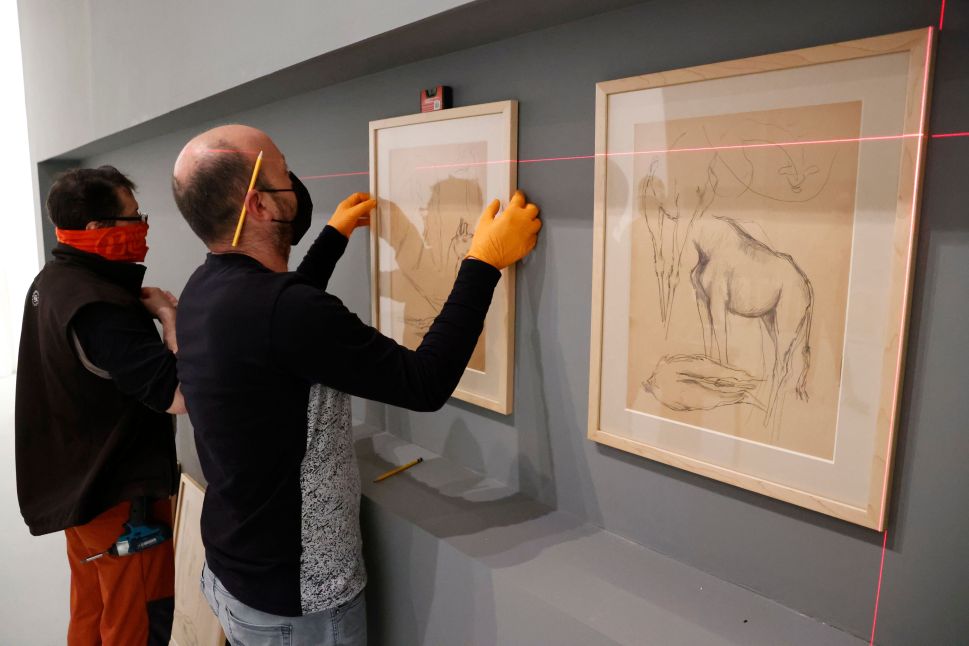