In December, Warner Bros. sent a seismic shockwave through the entertainment industry when it announced that its entire 2021 film slate would open day-and-date in theaters and on HBO Max. Unfortunately, the studio failed to notify the majority of its talent, creative collaborators, and partners, costing tens of millions of dollars in the process. One of the most outspoken critics was Dune director Denis Villeneuve, who penned an open letter in Variety in opposition to the move, and production company Legendary.

Legendary was rumored to be considering legal action against Warner Bros. over the release of Godzilla vs. Kong and Dune, though the two studios eventually came to a mutually beneficial monetary arrangement on the former. GvK is now soaring past $300 million worldwide while reportedly performing well on HBO Max. But despite Dune‘s continued presence in HBO Max marketing, the film’s hybrid release is apparently anything but a done deal.

Warner Bros. and Legendary are still discussing the best strategy for the star-studded remake and nothing has yet been set in stone, Deadline reports. Ironically, the success of Godzilla vs. Kong is complicating matters, with Legendary reportedly using it as leverage in its negotiations with WB.

All involved hope Dune can become the next big franchise. Villeneuve’s plan for the property has always been to split the book into two blockbuster films while HBO Max has already ordered spinoff series Dune: The Sisterhood, which Villeneuve will executive produce. But Dune has always been a Hollywood risk.

Frank Herbert’s game-changing 1965 novel is a dense artwork of deeply intricate politics and world-building deemed unadaptable by some. David Lynch’s 1984 attempt to bring the title to the big screen is one of the most infamous flops of the 20th century. It’s an inherently esoteric story that may not translate to traditional blockbuster success. Even box office experts are split on the film’s prospects in theaters. There is an argument to be made that a hybrid release on HBO Max will help to mitigate that risk.

At the same time, the box office recovery punctuated by Godzilla vs. Kong is a tantalizing glimpse at what’s possible. In a post-pandemic world, Warner Bros. and Legendary have an outside shot at delivering the first relatively new-to-screen megabucks franchise since The Hunger Games. The movie business is nakedly capitalistic and that opportunity is enticing.

As of now, Dune is scheduled to arrive in theaters and on HBO Max October 1. 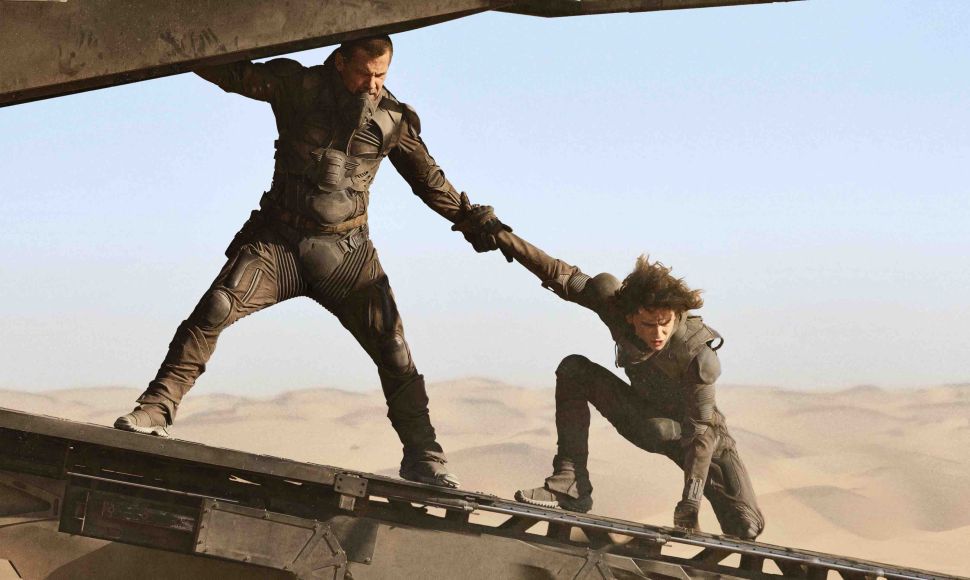