Let’s start with some good news. This past weekend, the North American box office grossed a combined $56 million, the largest Friday-to-Sunday haul of the entire pandemic. Earlier this month, Godzilla vs. Kong enjoyed the highest-grossing domestic opening weekend ($32 million) of any film released during the COVID-19 scourge. Mortal Kombat ($23 million) posted the second-biggest debut this past weekend. Ever since Christopher Nolan’s Tenet tried unsuccessfully to revitalize the film industry, weekly U.S. box office grosses have been more or less on a consistent upward trajectory. This upcoming weekend should see north of 60% of U.S. theaters open for the first time in 13 months.

All of this is a reason to celebrate. The pandemic has laid waste to every core pillar of the film industry, costing billions of dollars and tens of thousands of jobs in the process. Every bit of good news is worthwhile. But let’s not pop the champagne just yet. Hollywood is about as close to healthy and normal as the cellar-dwelling New York Yankees are right now.

“It’s great to be positive and look hopefully toward a better future,” Paul Dergarabedian, senior media analyst at Comscore, told Observer. “But we’ve had to recalibrate our brain to look at a $55 million-plus weekend as a good thing. In normal circumstances, a single movie would have to open with $50 million for people to even notice.”

It’s encouraging that the U.S. box office just set a new high this past weekend and Dergarabedian, who is bullish on the recovery, described the industry as a “sleeping giant that is coming back to life.” But perspective isn’t only important, it’s imperative for the industry’s continued rebound. The truth is that we’re nowhere close to normal.

In 2019, 15 films opened to at least $170 million by themselves. Two years ago, Avengers: Endgame opened in this same weekend slot to $357 million on its own. In the weeks leading up to its release, the U.S. box office was routinely pulling in $100 million to $150 million per weekend. As of right now, the U.S. box office is still 76% lower year-to-date than at the same point in 2020, according to Comscore.

Theatrical recovery was always going to hinge on eradicating the virus and improving consumer confidence, according to Exhibitor Relations senior box office analyst Jeff Bock. Those both take time. While Godzilla vs. Kong and Mortal Kombat have opened strong, most of these recent successes have been extremely front-loaded, which is fine if their openings are big enough and the films have modest budgets. But that’s not always the case.

“A return to normal will have to see these films leg out a little more,” Bock told Observer. “Theatrical exhibitors bank on new product lighting up the box office week in and week out. Or, having a major blockbuster driving concessions week-to-week. Theaters can barely survive on the diet of films out there right now.”

He added: “Summer will hopefully see cinemas gear up towards profitability again as audience-friendly flicks arrive in droves and capacity limitations are lifted.”

Moviegoers often forget that studios and theaters generally split U.S. ticket sales 50/50, with studios taking a larger percentage of opening weekend money. The recent uptick in ticket sales has helped, but the industry is hardly on solid ground. The Alamo Drafthouse movie chain has declared bankruptcy while Los Angeles’ ArcLight Cinemas and Pacific Theatres are closing permanently. Regal Cinemas shut down all 750 of its U.S. locations for six months before reopening this month. We’re still just one year removed from rumors of Amazon holding buyout talks with the struggling AMC Entertainment.

“To paraphrase The Godfather II, everyone still has to wet their beak, but it’s a much smaller pool of money we’re talking about,” Dergarabedian said. “When do we get back normal? We don’t know. That’s why some theaters have closed and many studios have been able to offset costs by shifting selected movies to streaming platforms.”

In recent years, the theatrical film industry has generated more than $11 billion in annual U.S. ticket sales and around $40 billion worldwide. In 2020, those numbers shrank to $2.2 billion and $12.4 billion, respectively. This year, the North American box office stands at just $437 million thus far. These are disastrous, industry-threatening results regardless of circumstance.

We very well should celebrate Godzilla vs. Kong‘s pandemic-best opening of $32 million, as long as we remember that the norm we’re working toward is closer to the 2014 Godzilla’s $93 million premiere. The industry’s goal is in sight, but that doesn’t mean it’s close. The back half of the year will see the release of a logjam of blockbusters. This will mark a true test of the film industry’s recovery status.

There’s no better building block of future confidence than the recent box office climb as vaccination numbers rise as well. As of right now, all indications suggest a sustainable business is once again on the horizon. But this is not a small business. As Dergarabedian notes, you don’t turn around an oil tanker in two minutes.

“What we’ll need to see as the industry expands this summer is consistent product from studios, safety maintenance from theaters, confidence from consumers and above all, patience from prognosticators and media entities as Hollywood rehabs from the biggest setback it’s ever encountered,” Bock said. “For some theaters and chains, the pandemic was a fatal blow, which gives you an idea of how precarious the situation still is right now.” 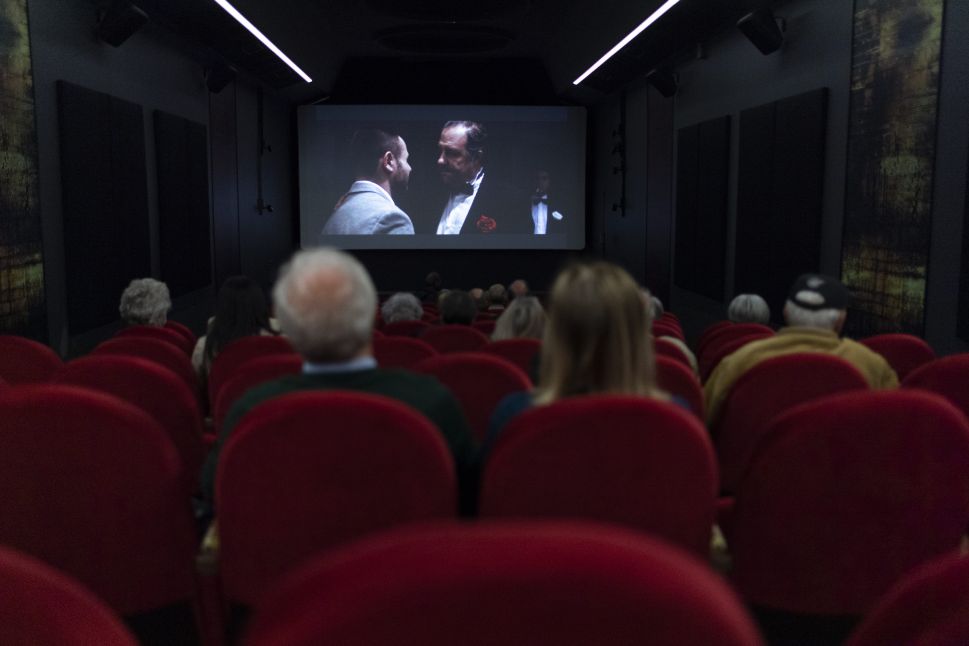