Slowly but surely, Hollywood is recovering from the COVID-19 pandemic. But the cinematic arena it’s returning to is far different from the one it left behind last year. Nearly every major studio has struck some sort of window-shortening deal with exhibitors that changes how and when we consume new movies.

Universal reached agreements with AMC and Cineplex to open films simultaneously on premium video on demand after 17-31 days in theaters depending on box office. Warner Bros. moved its entire 2021 theatrical slate to day-and-date releases on HBO Max and has struck a deal with Regal Cinemas for a 45 day window beginning next year. Paramount is rerouting certain films to Paramount+ after 30-45 days in theaters and Disney has been experimenting with hybrid theatrical/Disney+ Premier Access releases. On top of all that, cinemas across the world are still operating on limited availability and capacity due to COVID.

Overall, the uphill climb to the vaunted $1 billion gross has become unprecedentedly more difficult. To project whether or not any upcoming blockbuster even stands a chance at surpassing $1 billion, we turned to a panel of box office experts.

In a new world saturated with uncertainty, Bock is falling back on Hollywood’s most reliable source of box office revenue over the last 15 years.

“I’m going to default to superhero movies on this one,” he told Observer. “The greatest thing Hollywood had going before the pandemic will be the greatest thing going after the pandemic too. If early summer is a ramp up to normalcy, as many expect, then August/September could see the worldwide box office return to form.”

He sees superhero films such as Suicide Squad, Shang-Chi and Venom 2 all having an outside shot at $1 billion, though expects grosses closer to $750 million when all is said and done.

“Now, if consumer confidence takes longer than expected and that pesky virus holds on, we may be looking at Christmas’ Spider-Man: No Way Home, and more than likely 2022 until we see multiple $1 billion films again,” he said. “The most obvious ones: The Batman, Jurassic World: Dominion, Minions 2, Doctor Strange 2, Thor: Love and Thunder, Avatar 2.”

Dergarabedian is in agreement that popular superhero movies that were making $1 billion before the pandemic stand the greatest chance at earning similar amounts moving forward. But he’s also looking at big, branded IP that consistently performs well overseas as safer bets in the immediate future.

“The Fast and Furious franchise is known for earning most of its box office outside of North America,” he told Observer. “F9, like its two predecessors, could earn 80% or more of its gross outside the U.S. Plus, streaming services are very different in terms of availability and content in the international marketplace, so that is going to have an impact on domestic vs. overseas gross as well.”

One looming question is how significantly, if at all, the size of the box office pie shrinks given the increased flexibility between streaming and theatrical and the shortened windows. If so, our understanding of box office success will need to evolve to better reflect the realities of the new marketplace.

“If the North American box office, which has traditionally surpassed $11 billion per year over the last five years, shrinks in the short-term to $5 billion to $6 billion per year, there will be fewer movies that are able to cross the $1 billion worldwide threshold,” he said. “But we’re going to have to recalibrate and reassess what we consider to be a box office hit and miss going forward. Until theaters are at 100% availability and 100% capacity, they are limited in their ability to bring in those massive dollars.”

Bruce Nash, Founder of The Numbers, a box office analysis and tracking service

Nash also emphasizes the importance of the overseas markets, but specifically hones in on China as a key factor in any hopeful $1 billion grosser.

“Before mentioning specific movies, I think the path to $1 billion at the global box office lies through China at the moment, particularly considering that Hi, Mom just earned over $800 million there,” he told Observer. “Since other international markets and the U.S. and Canada are still subdued and it’ll take a while for them to recover, the first $1 billion film will almost certainly earn a big chunk of its money in China.”

His models are also predicting that Spider-Man: No Way Home will make $230 million in the U.S. depending on how recovered the market is by Christmas. If it can top Far From Home‘s $205 million in China and other international markets have improved by then, then $1 billion is within reach after Far From Home earned $1.1 billion worldwide. But movie fans shouldn’t necessarily get their hopes up this year.

“I personally think we’ll be lucky to see a $1 billion film in 2021,” Nash said. “Those are the only two films that seem to me to have a shot at it, and they would rely on a really good performance in China and no bad news on the pandemic front over the next nine months.”

However, there are several summer 2022 candidates Nash sees as decent candidates: The Batman, Thor: Love and Thunder, Jurassic World: Dominion, Minions: The Rise of Gru, and Black Panther II.

“I’d consider each of those 50-50 bets for making $1 billion at this point, and I’d be surprised if none of them made it,” he said. 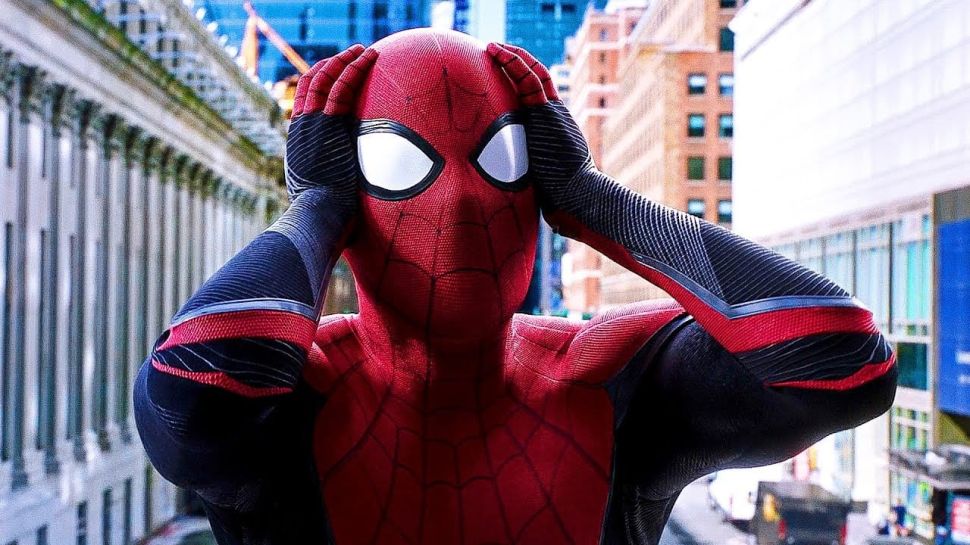