The Duke and Duchess of Cambridge already released romantic new photos in honor of their 10th wedding anniversary today, and now they’ve shared a truly adorable glimpse into their family life with new video footage of the couple with their children, running around their home in Norfolk.

Prince William and Kate shared the new video on their official social media accounts, as a thank you of sorts to the public on their anniversary. The caption reads, “Thank you to everyone for the kind messages on our wedding anniversary. We are enormously grateful for the 10 years of support we have received in our lives as a family. W&C.”

The heartwarming video is a serious treat for royals’ fans, and was taken of the family of five last fall, at their Norfolk country home, Anmer Hall, as well as at the nearby beach. Prince William and Kate spent much of the lockdown at Anmer Hall with Prince George, Princess Charlotte and Prince Louis, and it appears that this footage was taken on the same day as the family’s 2020 Christmas card, at least according to the Cambridges’ outfits.

While the photos released just prior to the Cambridges’ anniversary focused on the couple, this new footage definitely emphasized their family life. In the video, which was taken by Will Warr, the family is playing outside together and running around at Anmer Hall, which feels on brand for the Cambridges.

It’s pretty much a Hallmark card, complete with clips of the family making s’mores together in the backyard, sitting on actual bales of hay, just in case you weren’t sure that this is how the royals behave in the *country* and also that they are very chill and relaxed! There are also snippets of Princess Charlotte and Prince Louis on a seesaw together, as well as the kids attempting to climb an absolutely massive tree.

The video also includes footage of the family heading to the beach near their Norfolk home, with a stoic shot of Prince George gazing out at the , as well as what might be the best cameo of all—a peek at the family’s new pup! This is, of course, about celebrating Prince William and Kate’s 10 years of marriage, so the video ends with a sweet close-up of the duo together by the fire pit.

It’s a rare glimpse at the family’s Anmer Hall estate; the Norfolk abode is reportedly where Prince William and Kate feel most at home, so it’s fitting location for the video. It’s been a big day for new photos and videos of the family, and royals fans might be getting another adorable snap in the very near future, as Princess Charlotte is turning six on May 2, which means that the Duke and Duchess of Cambridge will likely release a new photo of the little royal in honor of her big day. 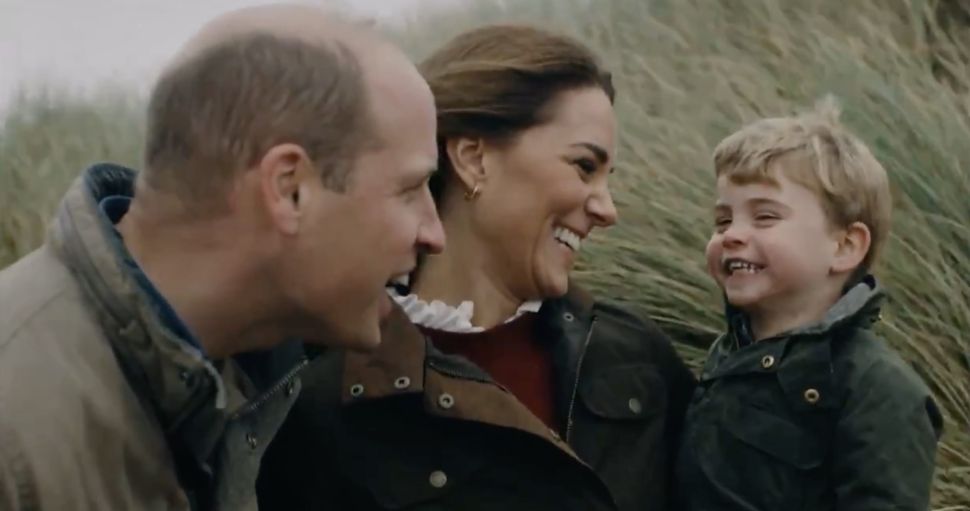