If you’ve ever wanted to drive around like a royal, now is your chance, as Prince William and Kate Middleton’s former Range Rover is being auctioned off by Bonhams next month.

The luxury 4×4 was originally given brand-new to the Royal Household in 2013, courtesy of Land Rover’s VIP Department. It was then provided to the Duke and Duchess of Cambridge, who used the SE Vogue model Range Rover as one of their personal cars.

The car was subsequently sold to a private owner in July 2020. The L405 Range Rover only has 38,420 miles on it, and according to the auction house, is in “excellent condition and drives very well.” The car also comes with its full service history.

The Cambridges’ former Range Rover is just as fancy as you’d expect of a car deemed worthy of royal use; it has a Baltic blue exterior and almond and espresso leather interior, per the release by Bonhams. It also has all the luxe add-ons you can imagine, including 20-inch alloy wheels, auto high beam assist and advanced park assist, as well as heated front and back seats, a panoramic glass roof and side steps.

While cars used by the Royal Household usually have the vehicle registration numbers changed after they’ve been used by the family, this one is “a rare exception,” per Bonhams.

All of the royals are longtime fans of the British luxury car company; the late Prince Philip truly adored his Land Rovers, and before he passed away, even commissioned a custom-made Land Rover to carry his coffin at his funeral.

If you’re interested in scooping up Prince William and Kate’s erstwhile Range Rover, it’ll cost you—the car is reportedly expected to sell for between between $42,000 and $56,000 when it’s auctioned off by Bonhams in Oxfordshire, England on May 22. 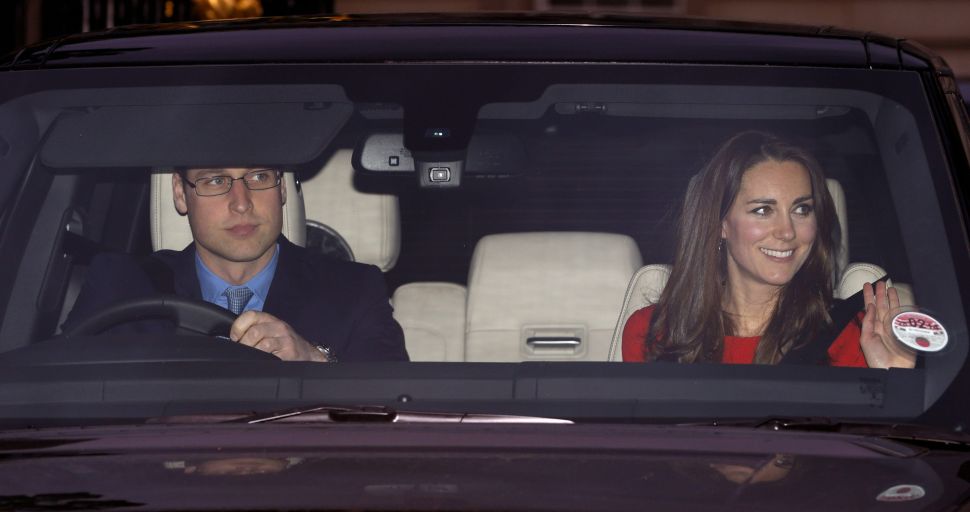