The Duke and Duchess of Cambridge are celebrating a huge milestone this week, as Thursday, April 29 marks their ten-year wedding anniversary. That means it has been a decade since Prince William and Kate Middleton tied the knot in a lavish ceremony at Westminster Abbey, which was broadcast around the world for the millions who wanted to watch all of the festivities, and also see the future Duchess walk down the aisle in a truly princess-worthy Sarah Burton for Alexander McQueen gown.

Prince William and Kate have had quite the decade together, including becoming a family of five, now that they have three children together. The Cambridges are expected to celebrate their anniversary privately, but if you want to relive all the wonderfully over-the-top details of their 2011 wedding, then simply turn on your television tomorrow evening, as there are two specials coming out to commemorate Prince William and Kate’s big day.

If you want to take a walk down memory lane, back to a time when 1,900 guests were able to attend an indoor ceremony, then definitely tune into BBC America, which is marking the occasion with a whole lot of royal wedding programming, beginning tomorrow at 8pm ET with The Royal Wedding 2011: Prince William and Catherine Middleton. According to the release, it’s a “look back at the most memorable sights and sounds of the historic 2011 Royal Wedding.”

If you *really* want to take a deep dive into the Windsors, then you could always start with the BBC programming earlier in the day—more specifically, at 6pm, when they’ll air Charles and Diana’s Wedding: You Had to Be There, which is a look back at the 1981 nuptials of Princess Diana and Prince Charles. Spoiler alert—it didn’t work out. After that, they’re airing Kate: The Making of a Modern Queen at 7pm, which is pretty self-explanatory and looks at the transformation of Duchess Kate from her youth into the future Queen, before the aforementioned wedding special.

People and the CW also teamed up for to put together a special for the Cambridges’ big anniversary. People Presents: William & Kate’s Royal Anniversary airs tomorrow at 8pm (yep, at the same time) on the CW; it’s a look back at the big wedding as well as their time together over the past 10 years.

Prince William and Kate will likely spend their anniversary tomorrow at their London residence, Kensington Palace, with Prince George, Princess Charlotte and Prince Louis. Even though it’ll probably be a quieter occasion, there will surely be gifts exchanged, and not just between the Duke and Duchess of Cambridge. Queen Elizabeth is reportedly planning something special to celebrate her granddaughter-in-law’s decade as a royal, in order to honor Duchess Kate’s work within the family. 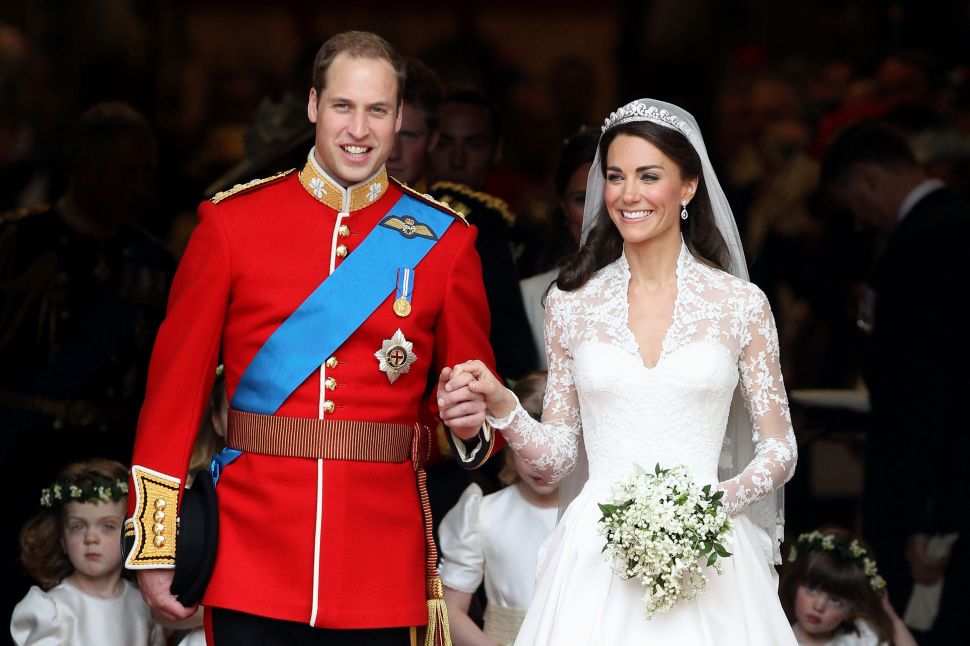