Today marks 10 years since Prince William and Kate Middleton got married in a true fairytale wedding at Westminster Abbey. The Duke and Duchess of Cambridge are celebrating a decade of marriage, and in honor of the special day, they released two brand-new portraits.

In the first adorable photo, the couple are pictured holding hands, sitting outside among lots of trees, greenery and general outdoorsy-ness, with Prince William very sweetly gazing at his wife. The second image shows the couple hugging each other and smiling at the camera, in a pose that’s reminiscent of one of the duo’s engagement photos from 2010, which were taken by Mario Testino.

The pictures were captured by photographer Chris Floyd earlier this week, outside Prince William and Kate’s London home, Kensington Palace. Floyd shared on Instagram, “I recently visited Cambridge for the first time in my life. That same day, by an astonishing coincidence, was also the day I was asked to photograph The Duke and Duchess of Cambridge for their tenth wedding anniversary. It was a thrill to spend some time with them at Kensington Palace, especially as The Duchess is a rather keen photographer. Happy anniversary!”

The photos were also shared via the Cambridges’ official Instagram account, complete with groom and bride emojis.

Prince William and Kate are in coordinating blue ensembles, of course, because it wouldn’t be a true Cambridge photo without perfectly complementary fashion choices. Prince William is dressed in a blue pullover with what looks like a denim (!) collared shirt, while Kate’s wearing a blue patterned maxi dress by Ghost, which she previously donned during the Cambridges’ royal tour of Pakistan in 2019, as well as a diamond pendant by Asprey London, according to royal fashion Instagram account @katemidleton1.

Kate also happened to (very famously) wear a blue Issa dress when she and Prince William officially announced their engagement, so the color could also be a nod back to that. The pièce de résistance is, as always, Duchess Kate’s sapphire engagement ring, which previously belonged to Prince William’s late mother, Princess Diana.

The Duke and Duchess of Cambridge have come a long way since April 29, 2011; they’ve become parents to Prince George, Princess Charlotte and Prince Louis, and taken on more royal duties and responsibilities. While they usually celebrate their anniversaries quietly, surely there will be something special for this major milestone. It’s quite the celebratory time for the Cambridges, as aside from their anniversary, they recently celebrated Prince Louis’ third birthday, and they have another big party to plan very soon, as Princess Charlotte is turning six years old on May 2. 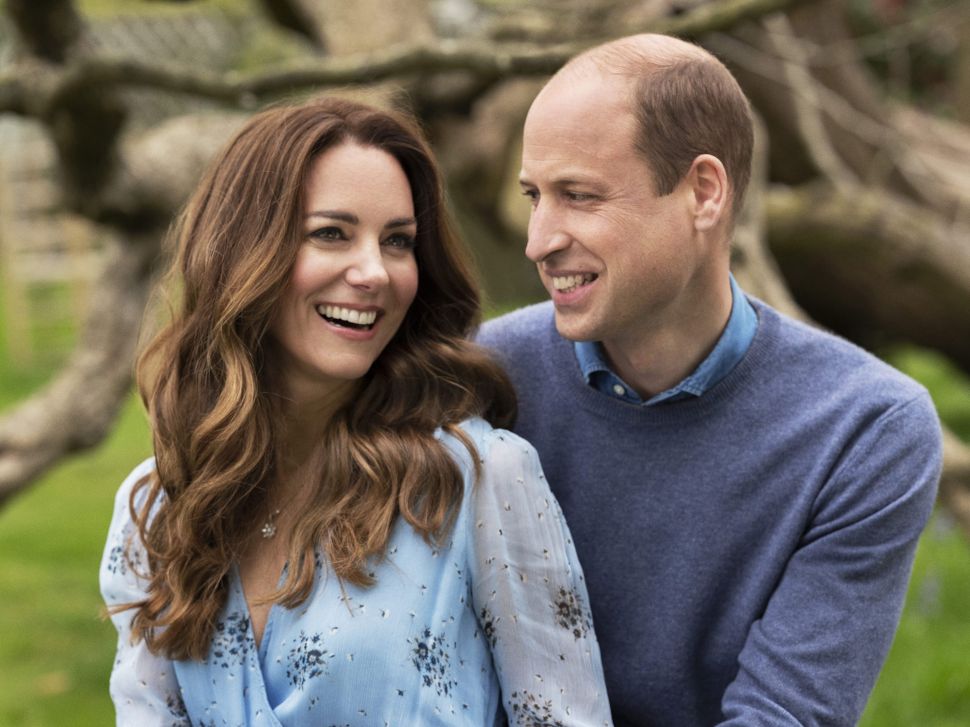