Texas is a place long associated with a sense of bigness, for better or worse, an outsized state known for its towering skies and endless vistas, beautiful landscapes that were carved out and commodified through brutal colonial violence. It’s a place of big dreams and big ideas, but also big business and even bigger oil wells. Fittingly, the most celebrated works of Larry McMurtry, among the most noted Texan authors and one of its most beloved cultural sons, are all rather large, in size and scope. His Pulitzer Prize-winning Western Lonesome Dove is 843 pages, and was famously adapted into a mammoth TV movie of the same name starring Robert Duvall and Tommy Lee Jones. Even his non-literary works are rather large, at least in reputation, like his Oscar-winning screenplay for Ang Lee’s Brokeback Mountain, which broke Hollywood barriers in its tender depiction of the forbidden longing between two ranch-hands, or The Last Picture Show, adapted from his lightly autobiographical novel into one of the most iconic films of the New Hollywood movement.

These massive works might be his most well-known hits, but for me, McMurtry’s spirit was always in his more minimal work, particularly his essays in collections like Walter Benjamin at the Dairy Queen, In a Narrow Grave: Essays on Texas, and Roads: Driving America’s Great Highways. Though his life was long and his resume worn with notches, McMurtry’s life was also rather humble and small; when he passed away in March of this year at the age of 84, it was in the same blink-and-you’ll-miss-it town he was born in, Archer City, population just shy of 2,000. That region of northern Texas near the Oklahoma border is very much the kind of endless landscape that was once described by Larry McMurtry’s son, country singer-songwriter James McMurtry, as “flatter than a table top / makes you wonder why they stopped here.” It’s where The Last Picture Show was born, and where it was filmed too — a novel and film about the little universe that revolves around a single-stoplight town where the single-screen movie theater can’t even afford to stay open.

McMurtry approached writing with a working-class mentality, fastidiously writing at least 5-10 pages of fiction every day, irrespective of holidays or weekends, for most of his life. Words are a notoriously fickle business, and McMurtry supplemented his writing by working first as an independent rare-book scout and then eventually setting up his own shop, Booked Up, which operated locations in the Georgetown neighborhood of D.C., Houston, and Tucson, before consolidating the entire collection into one store in Archer City itself in 1988. Most people might scoff at the idea of running a rare book business in such an off-the-map place. As expressed in The Last Picture Show, it’s a place with difficult soil for culture to grow in, but that doesn’t mean the people who live there are simple-minded or uncreative — I imagine that’s part of why McMurtry felt so tied to his home, because he wanted to prove that a written-off town could be a place of learning. McMurtry indeed proved that ideas and art could take hold anywhere, and patrons would regularly make pilgrimages to his approachable shopfront. Though it wasn’t without financial struggles, Booked Up is still an institution. Many might see McMurtry’s origins as the son of ranchers and his career as a decorated novelist as opposing, but as he reflects in Walter Benjamin at the Dairy Queen, there’s something of a kinship between the trade of his parents and the trade he made his own:

“Unfit for ranch work because of my indifference to cattle… I went instead into the antiquarian book trade, becoming, in effect, a book rancher, herding books into larger and larger ranches… But the metaphor of herding can be pushed even further, to writing itself: what is it but a way of herding words? First I try to herd a few desirable words into a sentence, and then I corral them into small pastures called paragraphs, before spreading them across the spacious ranges of a novel.”

When I was growing up, my father worked in the rare books and special collections wing of the Texas A&M library, which meant he was often tasked with driving across the country to pick up archives and papers and interact with authors — years before HBO set its sights on A Song of Ice and Fire, the university fortuitously acquired the collection of George R.R. Martin, and my dad trekked across New Mexico to pick up files and folders from the Game of Thrones creator himself. My dad would often spin these work trips into excuses to write off a family vacation, and one early summer we took a long drive from our home in College Station to the tiny blip of Archer City, as he had some business with Larry McMurtry and Booked Up. It was a strange place to take a family vacation, the kind of quiet town where you half-expect a tumbleweed to roll down Main Street, but my parents talked it up by telling my sister and I how the old motel we were going to be staying in had been a temporary hide-out for Bonnie and Clyde.

It would be years before I’d read McMurtry’s work myself, but I remember my dad having a copy of Walter Benjamin at the Dairy Queen, and I insisted we go to the Dairy Queen on the cover, which McMurtry describes in the book — we drove around for hours and hours in the dark until we finally found a Dairy Queen, silently eating our Blizzards in the car as we made our way back to the motel, only to find that somehow we were locked out of our room, souring the experience and our appetites. Because of that strange vacation experience, and my now rose-colored nostalgic memories of a state I no longer live in, I always associate Larry McMurtry’s works with my family, specifically my father — another country boy from a family where there wasn’t a tremendous precedent for book learning who would build a life from books. My dad hasn’t stayed in his small hometown in the way McMurtry did, but I still see that same desire expressed in him, to hold on to what’s good and wholesome about your roots while opening yourself up to a much larger world of education and experience. McMurtry won major awards and got down with Ken Kesey, but he still kept a healthy dose of redneck energy, a guy who read the Frankfurt school while drinking fast-food smoothies and wore blue jeans and cowboy boots on the red carpet. He bucked stereotypes of what it means to be from the country, from the South, from Texas, but he didn’t shy away from those parts of himself either—McMurtry is both parts of the Lone Star State in one, someone who embraced the large while never letting go of the little. I may live in the big city now, but Larry McMurtry’s words help me feel in touch with my forebearers, who tended to their cattle like I tend to my writing. 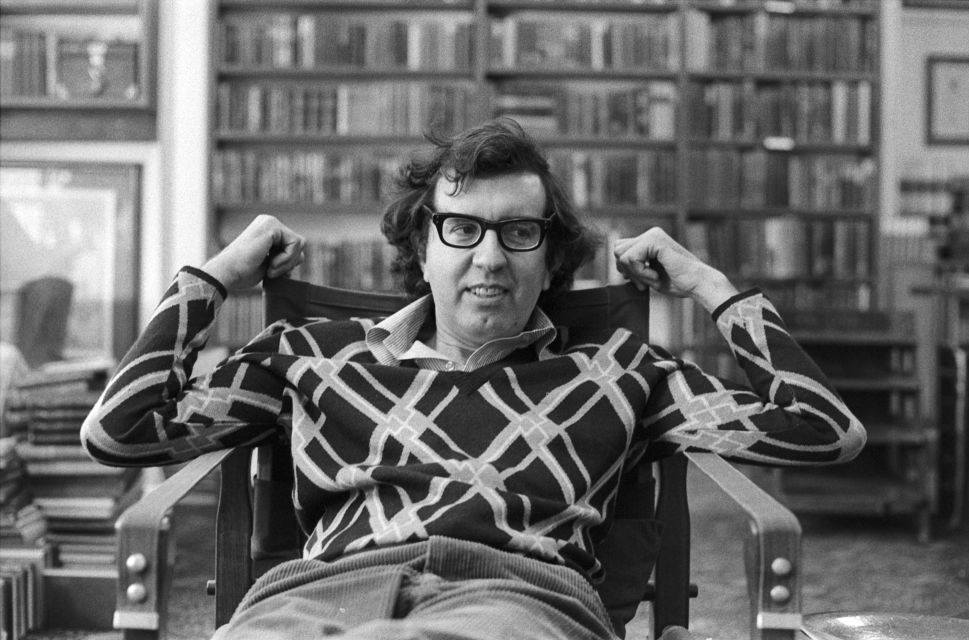