Last week, Marvel’s The Falcon and the Winter Soldier ran the risk of falling prey to the MCU’s most common pitfall as it pertains to consequences and earned character development. This week in “The Whole World Is Watching,” the series asks arguably its most important question of all: What is a superhero’s responsibility in this world?

Warning: The following contains spoilers for Marvel’s The Falcon and The Winter Soldier

Episode 4 helps to reckon with consequences to a certain degree. The Dora Milaje are coming for Zemo (Daniel Brühl) for the murder of King T’Chaka, despite Bucky’s (Sebastian Stan) argument that “he’s a means to an end.” John Walker (Wyatt Russell), the new Captain America, is halted by his own limitations, pushing him to become a super soldier. Both sides, the Flagsmashers and the nominal good guys, suffer losses. All of it is intertwined with the central idea The Falcon and the Winter Soldier—and by extension, the entire MCU—has been building toward.

“The Whole World Is Watching” asks what the role of a superhero is in increasingly complicated times. Is it a superhero’s job in the MCU to represent the best of us? To put forth a symbol of idealism and lead by infallible example? Or is it a hero’s job to save lives, plain and simple? Often, the two are mutually exclusive.

“You’re seeing something in her that isn’t there and it’s clouding your judgment,” Zemo tells Sam (Anthony Mackie). The Falcon and The Winter Soldier has painstakingly attempted to paint Karli Morgenthau (Erin Kellyman) and the Flagsmashers as sympathetic villains, to the detriment of the show’s momentum. As a result, Sam is hoping to resolve the issue diplomatically. Things go sideways. People die.

The Flagsmashers have upgraded from robbery and assault to murder over the course of the series. It’s fair to ask whether or not they are deserving of mercy. It’s even more pertinent to question whether or not Sam’s lenient approach, against the wishes of some of his compatriots, cost lives. The high road is too often paved with blood. But you can also argue that if we don’t set an example of compassion, we remain locked in the toxic and self-destructive feedback loop that has defined conflict for eons.

There are no simple answers to big questions and the idea of shared commonalities with our enemies is too nuanced to resolve in a comic book TV show recap. But the fact that The Falcon and The Winter Soldier is even posing the question reveals a refreshingly candid level of self-reflection. In doing so, we must confront the reality that being a hero, in either form, is not without sacrifices one way or another.

Karli believes Steve Rogers’ shield is a monument to a bygone era, but she’s wrong. To paraphrase from WandaVision, his shield represents good persevering through history. By his own admission, Cap did what was necessary in World War II. He sacrificed bits of his soul for the harsh realities of battle. But he also never strayed from his ideals or compromised his values. He was the only hero to both save lives and stand as an incorruptible symbol. Everyone else has struggled to do both as Sam is learning now.

“Power just makes someone more themselves,” Battlestar (Clé Bennett) says at one point in the episode. Later, he’s seemingly killed by Karli, raising the question yet again of whether or not Sam was right. Power doesn’t change someone, it just reveals what was always present inside of them. It liberates their true selves.

In the MCU, power has always come with an impossible question that no one besides Steve ever seemed to have a good answer for. What should a hero truly be? Maybe it’s up to each individual to decide. 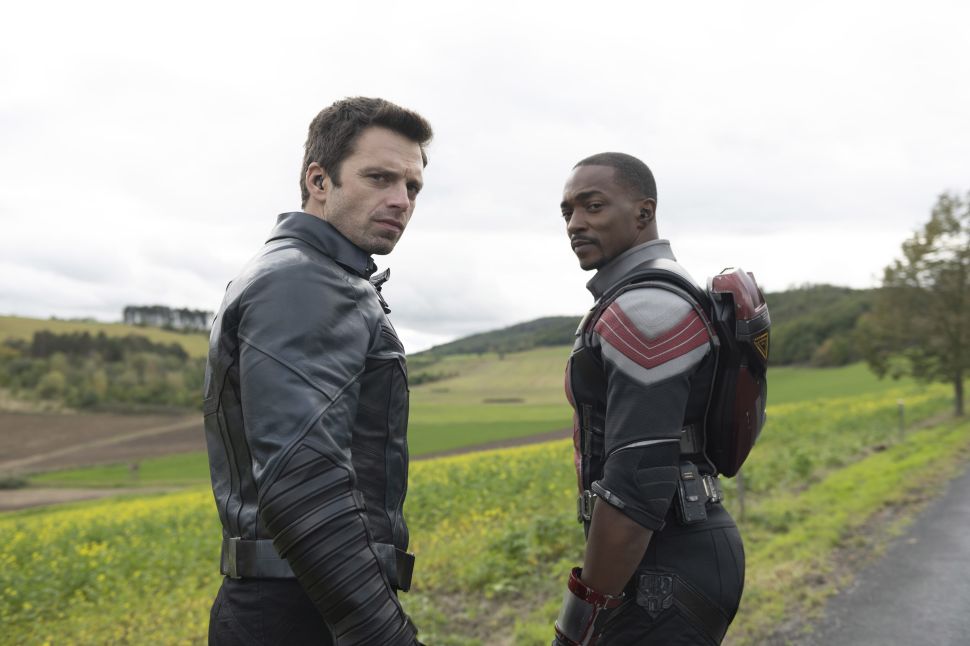