In September, Lovecraft Country star Jonathan Majors was reportedly cast in Marvel’s Ant-Man and the Wasp: Quantumania as fan-favorite villain Kang the Conquerer. The introduction of Kang would potentially plot a course for the future of the MCU given his comic book track record.

Kang has deep ties to both the Fantastic Four, which we know is in development at Marvel HQ, and the Young Avengers, which Marvel appears to be setting up via Disney+. Yet the original Majors casting report noted that “with so many new characters in the MCU, there could be a twist with how the character is featured in future films.” This suggests that Marvel, which is known to remix elements of the comic books to better fit within the MCU, may not be delivering a carbon copy of the Kang character fans are familiar with. And that may connect directly to Tom Hiddleston’s upcoming Disney+ series Loki.

Disney unveiled a second trailer for Loki Monday morning that is once again popping with Kang iconography. Why is that?

In certain iterations of the comics, the character was born Nathaniel Richards, a descendant of the Fantastic Four’s Reed Richards. Continuity is always changing, but in one version of his backstory, Nathaniel actually founds the Young Avengers. Yet the most popular and recognizable version of the character is as a time-traveling super-villain determined to conquer earth at different historical intervals.

But perhaps the MCU is taking the character in a different direction.

Rather than the despot who traverses time in order to destroy and vanquish, it’s entirely possible that the MCU version of Kang could be hellbent on preserving the timeline as the head of the Time Variance Authority (TVA).

“We protect the proper flow of time,” Owen Wilson’s Mobius says in the trailer. “You picked up the Tesseract, breaking reality. I want you to help us fix it.”

Kang is a logical character extension of Marvel’s recent (Avengers: Endgame) and upcoming (Loki) focus on time, as well as the multiverse (Spider-Man: No Way Home, Doctor Strange In the Multiverse of Madness). Typically, he’s seen in the comics as a cosmic-level threat in the same vein as Thanos. But repositioning him as less than an outright super-villain and more as a morally ambiguous anti-hero that could break either way is in line with Marvel’s cinematic track record.

The seeds of connection already seem to be planted. According to Disney, the talented Gugu Mbatha-Raw has been revealed to be playing a character named Judge Renslayer. This is almost certainly Ravonna Renslayer, Kang’s love interest from the comics.

It’s also worth pointing out: Loki‘s showrunner is Michael Waldron, who was a writer on Rick and Morty, and Ant-Man 3 is written by Jeff Loveness, another veteran of that show. Rick and Morty are two morally ambiguous, dimension-hopping hero/anti-heroes not so unlike Kang in how they manipulate the universe and sow collateral damage in their wake, down to the fact that Kang, like Rick, has multiple versions of himself who ally themselves and sometimes battle one another. These scribes know the narrative toys in the sandbox.

And Loki is the epitome of the sort of character redemption that the MCU’s saga-length narrative building requires, and it appears as if The Falcon and the Winter Soldier may be performing a similar facelift for Daniel Brühl’s Zemo. Keeping a talented up-and-coming actor such as Majors in the fold as a character who straddles the line between good and evil for a multi-project arc sounds like good business—and potentially a good foil for Loki the same way Zemo works as a foil to Sebastian Stan’s Winter Soldier. Introducing audiences to the idea of Kang and his capabilities in Loki before the next Ant-Man and the Wasp film is an effective use of cross-platform synergy between Disney+ and the big screen.

We’ll see if our little theory is on the money when Loki debuts June 11. 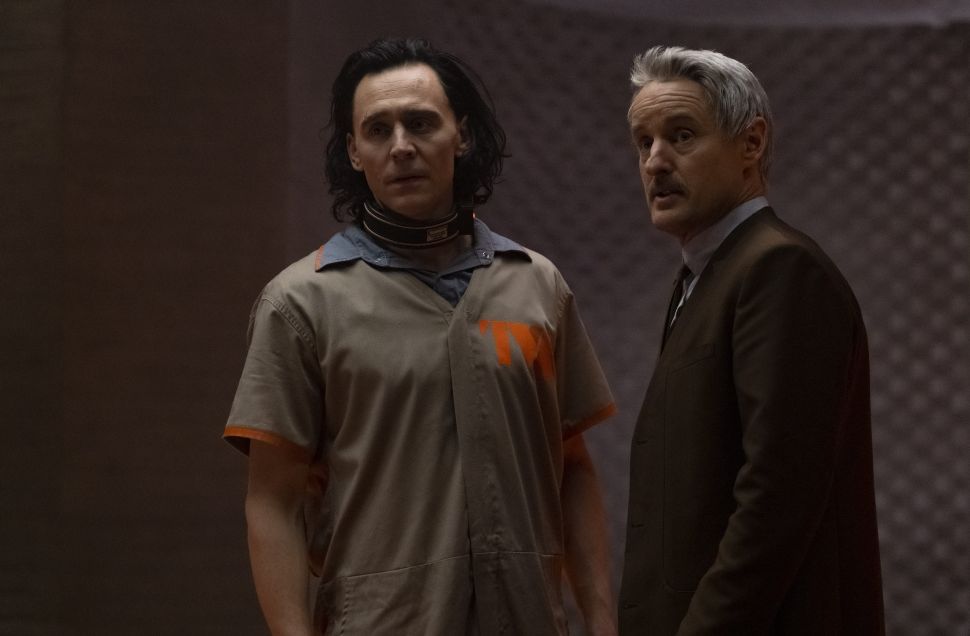