The Duke and Duchess of Cambridge celebrated their 10th wedding anniversary yesterday, complete with two brand-new photos of the duo, as well as a rare home video clip of the couple with Prince George, Princess Charlotte and Prince Louis. Prince William and Kate Middleton received plenty of congratulatory messages from people all around the world, as well as personal notes from family and friends.

While Prince Harry and Meghan Markle haven’t been on the closest of terms with the Cambridges over the past year, their relationship is slowly starting to heal (or at least thaw), as they also privately congratulated Prince William and Kate on the major milestone.

The Sussexes privately reached out to the Cambridges, Harper’s Bazaar confirmed, though it’s not certain whether the two couples chatted via on the phone, video call or even just a text or note. No matter how the foursome connected, it still marks a big step, as Prince Harry and Meghan alluded to rather strained relations with the royals, including Prince William and Kate, during their interview with Oprah Winfrey.

Meghan and Kate reportedly hadn’t spoken “directly” in over a year at the time of the interview, which was apparently largely due to the tension between their husbands.

Prince Harry did recently reunite with the royals in-person when he traveled to the U.K. for Prince Philip’s funeral; it was a somber occasion, but it seems that the trip did help begin a slow reconciliation, as the Duke of Sussex was seen chatting with Prince William and Kate after the funeral, and reportedly had a two-hour long conversation with the Duke of Cambridge and the Prince of Wales following the service.

Meghan wasn’t able to join her husband because her doctors advised her not to travel at this stage in her pregnancy; she sent a handwritten note and a wreath for the funeral, and spoke with the Queen beforehand.

Prince Harry is now back in California with Meghan and Archie, as they await the arrival of their daughter this summer. The Duke and Duchess of Sussex also have their own big relationship milestone coming up, as they’ll be celebrating three years of marriage on May 19. 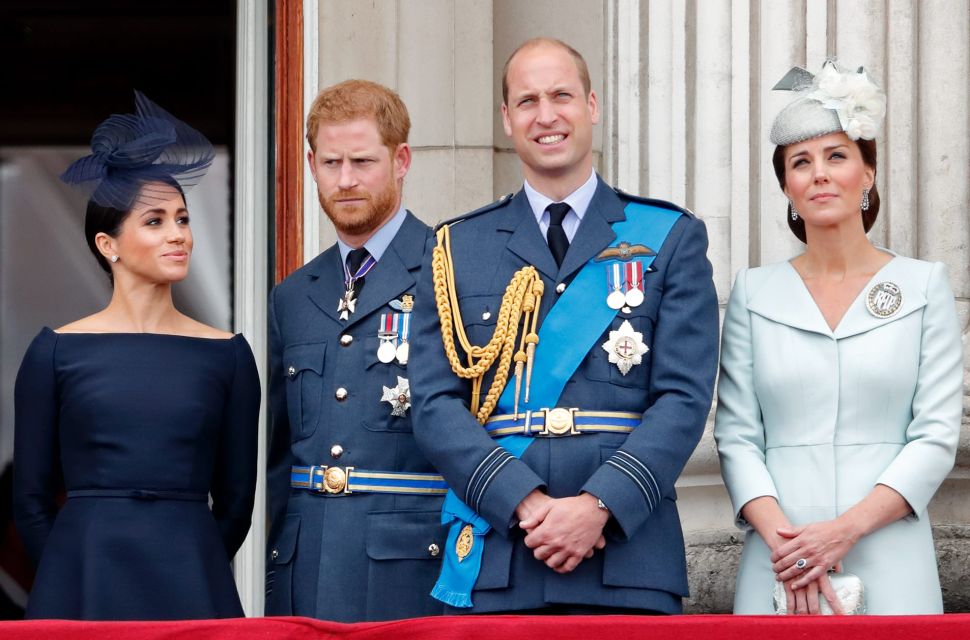