Prince Harry and Meghan Markle are getting ready to welcome their second child in the very near future, and their firstborn, Archie, is extremely excited about his new role in the family.

The Duke and Duchess of Sussex’s son cannot wait to become a big brother, and is very ready for his little sister to arrive. Archie, who is turning two next week, is aware that he’s going to have a sibling soon, and is “very excited to help,” according to Us Weekly.

In February, Prince Harry and Meghan announced that they were expecting their second child, and then revealed that they’ll be welcoming a baby girl in the summertime during their big interview with Oprah Winfrey. The Sussexes, who are now living in Montecito, said that they won’t be having any more children after this, and are happy with their complete family of four.

While Archie is thrilled about his new role as a big brother, his parents are understandably “a little worried now that they will have two kids around versus just one,” a royal source told Us Weekly. They’re also making sure to dote on Archie as much as possible before his sibling arrives, and are “trying to give Archie all the attention he can handle right now.”

Prince Harry has reportedly been doting on his pregnant wife, and being as supportive as possible, including cooking for Meghan and taking on extra tasks around the house. He was very excited to return to Meghan and Archie last week, after spending nine days in the U.K. in order to attend Prince Philip’s funeral (where he reunited with the royals for the first time in over a year), and his wife and son were just as thrilled to have him back.

Duchess Meghan was advised by her doctors not to travel at this stage in her pregnancy, so she had to remain at home with Archie in Montecito, but Prince Harry apparently spoke with her several times a day when he was away, and jetted back to California as soon as possible.

For now, Prince Harry and Meghan are enjoying their time with Archie, and prepping for their daughter’s arrival. Archie’s birthday is coming up on May 6, so surely they’re planning a fête for their soon-to-be two-year-old. They also have even more festivities after that, as they’ll be celebrating three years of marriage on May 19. 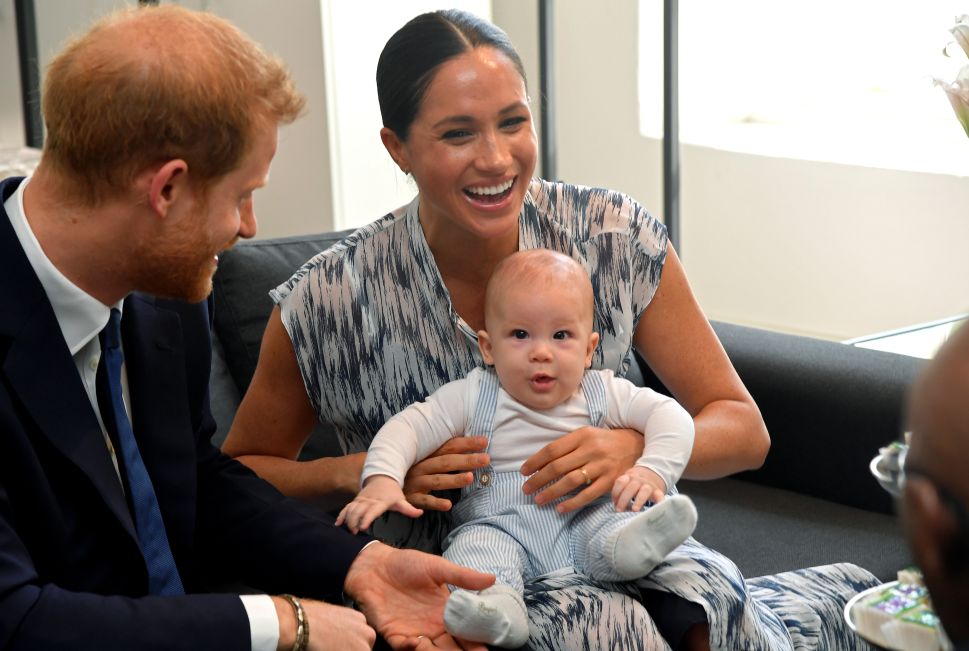