Prince Harry is now back in the U.K. for the first time in over a year, ahead of his grandfather Prince Philip’s funeral this Saturday, April 17. The Duke of Sussex, who is currently isolating at Frogmore Cottage, is expected to finally reunite with his family this weekend, but he won’t be accompanied by Meghan Markle, as the Duchess of Sussex had to stay behind at their home in California.

Despite tensions between the Sussexes and the royals right now, Duchess’ decision to remain in Montecito wasn’t because she wanted to skip out on the somber event. Duchess Meghan was hoping she’d be able to make the trip with her husband to the U.K., but her doctors advised her it wouldn’t be safe to travel at this stage in her pregnancy.

Meghan wanted to be able to support Prince Harry, reports E! News, and made every possible effort to fly to the U.K. with him. The Duchess of Sussex was willing to “put all the family tension aside to be there with Harry,” a royal source told the outlet, though the couple still isn’t on the best of terms with the royals, especially Prince William and Prince Charles. The funeral will likely be the first time Prince Harry comes face to face with his brother and father since the Sussexes’ bombshell-filled interview with Oprah Winfrey last month.

Both Prince Harry and Meghan have been in contact with Queen Elizabeth since Prince Philip’s death, and the monarch understands why her granddaughter-in-law can’t travel for the funeral, according to People.

Prince Harry is planning on flying back to Santa Barbara soon, though, as he doesn’t want to stay in the U.K. for much time at all after the funeral. The Duke of Sussex is anxious to get back to Meghan and their nearly two-year-old son, Archie, and per Page Six, he is “hurrying back to California” after his grandfather’s funeral in order to be with his family. 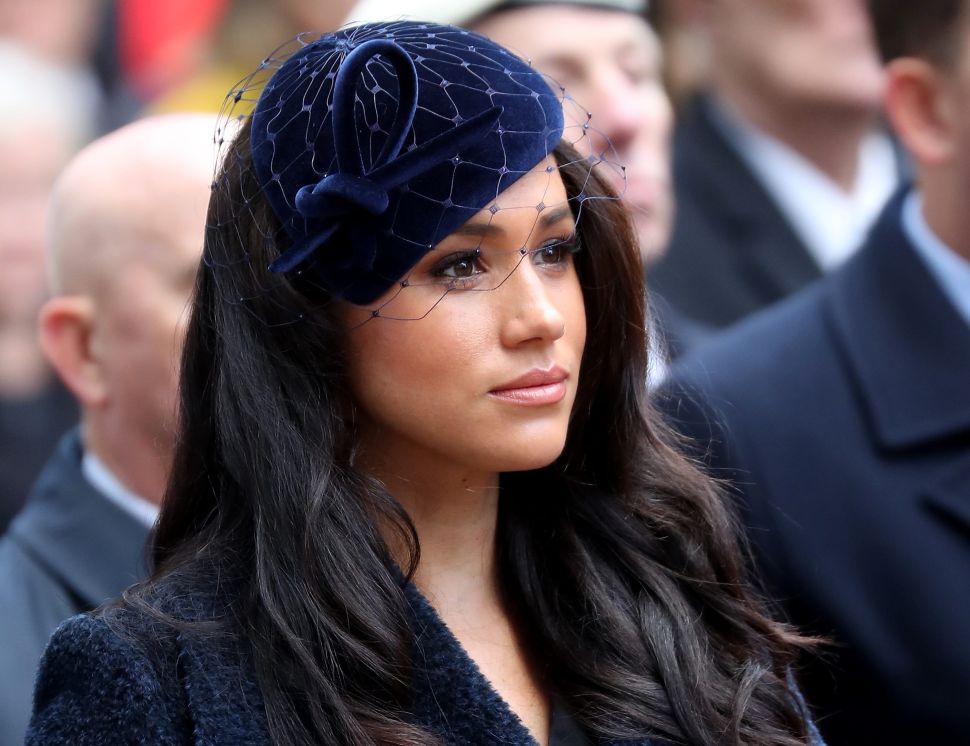