Michael Rakowitz’s interaction with ghosts started early. “There’s nothing cooler than being ten years old, learning that this is the first comic book and knowing it’s your people that are responsible for it,” the artist says to his interviewer upon recalling a visit to the British Museum he had undertaken with his mother as a child. When they both faced the Lion Hunt of Ashurbanipal, a 2,700 year-old Assyrian relief, her mother then asked, “What is this doing here?” Rakowitz realized then that museums are not only sites of consciousness, and ancient artifacts, as incarnations of a complex, intertwined past, would propel a life-long quest for creative exorcism. In Haunting the West Rakowitz attempts to formulate an answer about where he comes from, and where he—and these statues—belong.

Produced by Ian Forster for Art21, Haunting the West interviews artist Michael Rakowitz while retracing his creative process. The documentary sketches an engaging portrayal of an artist’s search for truth. We revisit Rakowitz’s most iconic installations, including the display of a giant zoomorphic lamassu statue made out of date syrup cans on London’s Trafalgar Square (to shed light on armed conflict in Syria and Iraq, located steps away from the British Museum’s collection) in 2018, the reconstitution of a Nimrud Palace room upcycling banal Middle Eastern/Western Asian packaging of imported food stuffs (such as tea bags and apricot paste), and “Enemy Kitchen” post-2003, a cooking project to dispel myths and prejudice against Iraqi culture through shared food (now a food-truck with Iraqi chefs and former US army combatants). The documentary also features ‘behind the scenes’ of his participatory studio work, pre and post-pandemic.

For Rakowitz, museums are “crime palaces” and his artistic journey is first a response to colonial violence, reckoning with institutionalized displays of superior, asymmetrical brutality. The history of modern archeology in Iraq starts with 19th-century excavations from French and British research teams, with little involvement from local communities themselves. High-value pieces were immediately shipped to museums as trophies. Yet who determined this said value, and what exactly constitutes value? Rakowitz leaves these lingering questions suspended while he points to an irony from the “West”: the reality of precious artifacts versus a contrasting “devaluation” of the people from which the objects originate.

The artist considers artifacts as ghosts of trauma. He recalls in the documentary the 8,000 pieces looted from the Iraqi National Museum in the wake of the 2003 US-led invasion and asks how it would look like to see them “return” to haunt the West. Ghosts don’t irrupt in their exact, previous forms and though inanimate, ancient artifacts populate the wider construct of an identity—they become familiar, as distant family members or acquaintances. “If a ghost has to properly haunt, it needs to appear differently than when it was first living,” he explains. In Rakowitz’s recreated Room F from the Nimrud Palace shown at New York City’s Jane Lombard Gallery, vivid colors radiate in the manner of light re-entering a re-assembled, stitched back body.

Rakowitz—like the artifacts he brings back to “life”—knows forcible displacement intimately. Born and raised in New York, he’s the descendant of Baghdadi Jews, an important community of an ethnically and religiously diverse Iraq which has virtually disappeared today (a third of Baghdad was Jewish in the 1940s and by 1951, 96% of them had already left as a result of persecution). Family transmission in his case has kept a lineage (a provenance of sorts) and connection with a land of origin intact. His ongoing project “The invisible enemy should not exist” which started in 2006, enabled Rakowitz to reinterpret and reconstruct a memory of loss, subjugation and looting, and challenges notions of othering and impunity. He offers a counter-narrative to the mainstream image of Iraq dominated by oil and war since the first Gulf War. Loss of touch and community also permeates the COVID-19 era as his studio work had to close for a period of lockdown.

Heritage preservation is fragile and correlates with identity erasure which affects the artist’s place in the world. Memory can be subject to slow decay and erosion. In more recent troubled times, ISIS militants physically destroyed statues and historical sites in customary, spectacular defiance to instill shock and awe in their enemies. Among their crimes, they brutally murdered archeologists such as Palmyra’s Khaled al-Asaad. Yet material devastation yields other, more instinctive, visual gaps—such as the space designating the missing relief slabs of Nimrud’s Palace in Rakowitz’s installation—and, equally important, are the more hidden emotional scars which interrogate the possibility of healing paths.

The documentary asks if all the looting and neglect which has taken place in Iraq justify a care taking role for Western museums. Rakowitz offers a counterpoint and argues for a decolonial approach which promotes Iraqi art, for Iraqis, by an Iraqi artist, though his participatory practice of reconstituting missing objects from Baghdad’s Museum and beyond indicates a wider, more embracing posture.

When Pope Francis travelled to Iraq last March for his historical visit, he toured heritage sites, for instance ruined churches in Mosul and the ancient city of Ur, the birthplace of biblical patriarch Abraham. In Mosul, when speaking about the violence it endured, Pope Francis referred to Iraq as “the cradle of civilization” a common catch-all public designation in the “West” for places spanning from Egypt to China. Who then, owns these artifacts? Iraqis, specific communities or confessions, or “everyone”? What does this convey in terms of rightful or wrongful dispossession and appropriation in a decolonized world still dominated by uneven power structures?

Rakowitz stresses repair and accountability as cornerstones to underpin any meaningful decolonization process, albeit acknowledging that “this work is never done.” As others have argued, a first action towards addressing injustices is recognition, followed by restitution.

In the Assyrian bas-relief of the Lion Hunt of Ashurbanipal on view at the British Museum, we see the king plunging his sword into the body of the wounded, ferocious animal. In the image one may also identify deeper symbolism. The lion, embodying an untamed strength as well as a threat, is connected to the king-protector. They define each other and jointly they are nothing but life itself, an everlasting, haunting combat between Chaos and Order, darkness and light. Rakowitz carries with brio his post-mortem examination on how modern men choose to engage with the past. 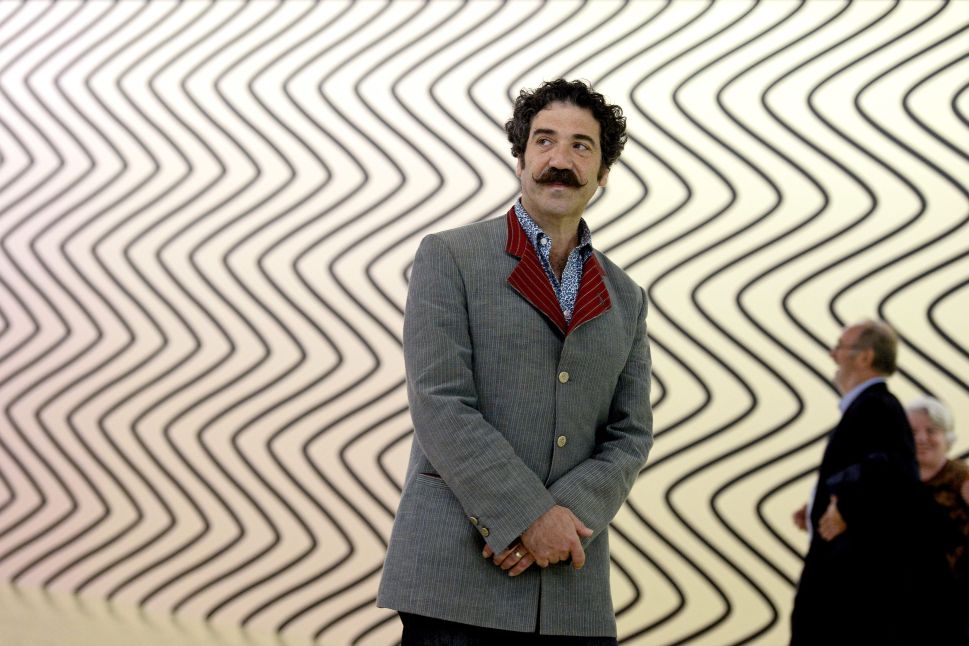