When Michaela Conlin read the pilot script for a show called Brennan in early 2005, she could tell that something was different.

After landing main roles on MDs and The D.A., two ABC drama series that were canceled after just one season in the early 2000s, Conlin received a script about a forensic anthropologist and an FBI agent who join forces to solve federal murder cases. Following the success of other procedural dramas, Conlin recognized that it was rare to have a strong female lead, let alone multiple female characters who were compelling enough to stand on their own.

“I remember passing on these other shows, and my agent called and was like, ‘You know, there’s no guarantee that you’re gonna get this Brennan show. And I was like, ‘Yeah, but I’d rather put all the chips on this one because the character is so much fun,’” Conlin recalls in a recent phone interview with Observer.

Fast-forward a bit and Brennan was renamed Bones, the critically acclaimed hit that ran for 12 seasons on FOX and starred Emily Deschanel as Dr. Temperance Brennan and David Boreanaz as Special Agent Seeley Booth. Conlin played Angela Montenegro, a specialist in forensic facial reconstruction who also happens to be Dr. Brennan’s best friend.

“The role was not written specifically for an Asian woman. It was a very broad net, so I feel really lucky. They just let her be so many different things,” Conlin says. “I felt like they never wrote her to be this stereotypical [Asian], other than she was very good with computers, which I think is a terrible stereotype because I am terrible with anything like that. But it was so funny to play an expert in it for so long. She was a human being first, and the race was something that I felt that the writers never really thought about in that way, which I really appreciated.”

While she jokes that she can tell how long it has been since she filmed the earlier seasons based on the progression of haircuts alone, Conlin says that she never expected Bones to become a staple of primetime television for over a decade, especially after FOX moved the show to different time slots on a seasonal basis.

“For the first year, I think we were just enjoying it, and I don’t know if any of us thought that we were gonna come back for a second season,” she recalls. “We did okay, but I think it was the second or third season where the viewership really started to grow, and we had this fanbase that was so loyal. I think everyone was surprised when the audience just kept following the show. I remember filming the Christmas episode in the first season and I thought, Oh man, if this ends tomorrow, at least I met some good people. But then we were standing there… 12 years later.”

Two days before our phone interview in mid-February, Conlin says that she was on the phone with Deschanel for close to two hours after being unable to have regular lunch dates together due to the COVID-19 pandemic. The two close friends have also Zoomed regularly with Tamara Taylor, the other female lead who played Dr. Camille Saroyan. From time to time, Conlin will also catch up with fellow alumni T.J. Thyne, John Francis Daley and the diverse group of actors who played a rotating group of interns at the fictional Jeffersonian Institute.

I have a lot of Asian friends who are working actors. I think we’ve all been presented with more opportunities in the last few years…. It starts with the people who would say “yes” to making these shows and to casting new faces.

“I just remember laughing constantly,” Conlin says of the thing that she misses most about working with the cast. “The things we had to memorize were so bananas. The vocabulary and the medical terminology and the [fake] dead bodies. We just had very similar senses of humor, so there was just a lot of laughing going on all the time.”

After Bones wrapped up in early 2017, Conlin looked for opportunities to diversify her body of work. She did a few guest spots on HBO’s Here and Now and Paramount Network’s Yellowstone, but she was careful not to commit to another supporting role right away.

“It’s sort of like you’ve been married or dating someone for 12 years,” she jokes. “After being on a show like Bones, you’re like, ‘Okay, alright, maybe I want to date a little bit before I settle down again.’ So, I really wanted to jump around a little bit and try different shows.”

During that time, the Allentown-born actress also met her husband and later gave birth to their first child, Charlie, in February of 2019. After playing a mother for the better part of six years on Bones, Conlin quips that she gave motherhood “a good college try” on television, but the real-life experience has completely changed her outlook on the world.

“[Motherhood] changes everything. Your capacity for love and patience, who and what you choose to spend time with, how to forgive yourself. It’s hard to put all of it into words,” she says. “It’s just a very grounding thing, as crazy as it is. I think it makes you stay very present and in the moment because you have to keep this person breathing.”

After a short professional hiatus, Conlin hit the ground running in 2021, starring in the new Netflix film Bad Trip and the second season of the hit Apple TV+ series For All Mankind—two completely different projects that offered a change of scenery from her crime procedural days.

“It’s a very big comedy with a lot of big personalities,” Conlin says, laughing. “The process of doing it was so fun, and so different from anything I’ve ever done. There’s only four actors cast in the movie and the rest of the movie is real people, so we were given very loose situational scenes to do and put in these real situations with people and basically improvised the scenes. They’re such a smart, great group of people to work with, so it was really thrilling and fun.”

In For All Mankind, the science-fiction drama that “explores what would have happened if the global space race had never ended,” the 42-year-old actress plays Helena Webster, a former Marine pilot turned astronaut. After a successful audition process with casting directors Libby Goldstein and Junie Lowry-Johnson in late 2019, Conlin found out that she had booked the recurring role during a friend’s wedding in New York.

“There was a line in the description in the audition that [Helena] has to fight for everything that she’s earned, which I can definitely relate to,” she adds. “She’s the only woman in this group of astronauts that ends up going to the moon, other than Sarah Jones, who plays Tracy Stevens on the show. She hangs out with a lot of dudes.”

In the last 15 years, Conlin has developed a reputation of playing strong women in STEM, a responsibility that she does not take lightly, even if she chooses to think of her characters “as people first and that’s just what they happen to do.”

“When I was shooting Bones, I remember we had a lot of consultants on set, and one of them was a forensic artist and she did all of the drawings that Angela did over the years and helped with all of the computer renderings and stuff,” she reveals. “She was also a therapist in her real life, and she was just [such] a humane person that I always wanted to relate to that part first. Her job is, to me, secondary in a way because if I’m not showing you who she is, then I’m not sure we’re gonna care what she does for a living.

“It’s been such a gift to play these women in STEM because particularly with Bones,” she says. “There are so many young women who watch the show and who have come up to me over the years and said, ‘I now want to be a forensic anthropologist.’”

Over the course of her career, Conlin, who is half-Chinese and half-Irish, has noticed a major improvement in Asian representation in Hollywood, but she wishes “that it wasn’t always a discussion about what race people have to be in projects as they’re casting them.”

“I feel like you should just cast the best person, but I still think that there’s a lot of thought that goes into [casting] an Asian woman with a white man or any combo that you could come up with. I think there’s a lot of discussion about it, and I don’t really understand that when the world just looks like so many things. Sometimes, that bums me out, but I think it’s definitely getting better.”

After a year that has seen both a significant increase in Asian-led stories and a heartbreaking spike in violence against people of Asian descent, Conlin is quick to note that the need for representation has never been more important—and it all starts with the “hiring of executives, writers, agents, managers and producers who are Asian-American and who can help shepherd all of these people who need a shot to get their projects made.”

“I have a lot of Asian friends who are working actors. I think we’ve all been presented with more opportunities in the last few years, but I do think it starts with that. I think it starts with the people who would say ‘yes’ to making these shows and to casting new faces. We’ve definitely started, but we need to continue on that path. We need to keep going forward.” 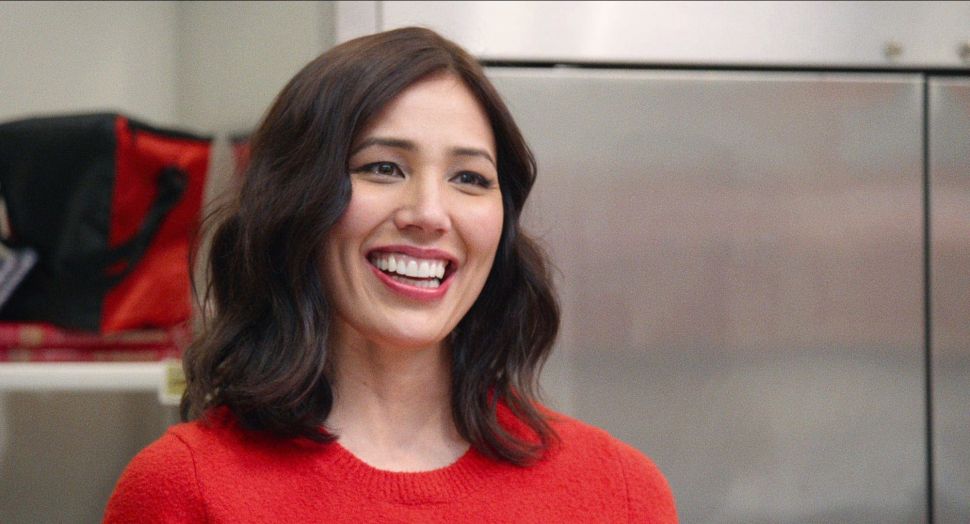