Warner Bros.’ long-awaited Mortal Kombat reboot opened to a surprisingly strong $22.5 million this weekend, a verifiable fortune in the pandemic. For fans of the popular video game series, the reboot represented a faithful translation of the franchise’s core action tenets. Bloody flawless victories and creative kills. For non-video game fans, Mortal Kombat was yet another step in a hopeful return to normalcy for the film industry. Love it or hate it, big budget fight scenes on the big screen have been a rarity over the last year.

At the center of Mortal Kombat is Mehcad Brooks’ Jax, a beloved character from the games who receives perhaps his best live-action treatment this time around. In speaking to Observer, Brooks reveals how he 45 pounds of muscle for the role, what fans can expect from an eventual sequel, and he isn’t letting Hollywood off the hook in its quest for greater representation.

Observer: You’ve always been a big guy, but here you are absolutely massive. Could you walk me through the workout and physical training regiment you went through to play a martial artist of this caliber?
Mehcad Brooks: I went from vegan to eating a small farm every day, and I worked out six days a week, sometimes twice a day. I had workouts designed for me to try to look like the video game character, which were kind of crazy. So that was 45 pounds of extra weight. Did boxing training like five days a week. I watched hours and hours and hours of footage on Joe Frazier and Mike Tyson just to make sure I was creating my own character but with some of the best bruisers that have ever done it. I played the game a ton because Jax moves a certain way and I wanted to make sure that the video game fans look at me and go “Oh shit, he’s Jax.” And so I incorporated the choreography into how the video game character moves and so that was a challenge but it was really rewarding. Especially if you’re fighting with people like Joe Taslim who are just like—it’s like trying to keep up with Michael Jackson, it’s a nightmare. The guy is unbelievable but he really steps your game up.

Early on you have a great fight scene with Sub-Zero where the entire room is frozen and it’s this mix of realistic environment and other worldly elements. Can you take me behind the movie magic and explain how something like that becomes a reality?
It was a beautiful scene and they had this hollowed out building in the middle of the city in the middle of the shopping area. Kind of like the Melrose I would say of Adelaide or like the Rodeo Drive in some ways. But it was this department store that had just been hollowed out for years. There we were, we took it over for a week and a half to do this fight scene. I remember walking in and [Director] Simon McQuoid is such a genius. Every piece of ice, every icicle, was in its right place, every rock, everything. I remember kicking rocks around and I realized that most of these rocks were movie rocks. They dressed up the construction site, basically. The graffiti on the walls, that was ours too. And if you’re a fan of the game you might actually recognize what some of the graffiti is saying from the game. So there’s easter eggs every square inch of the steps that we were acting on. So you just really understood you stepped into this universe that Simon McQuoid created. It’s beautiful.

Any hints for those Easter eggs?
At the moment when Jax has a shotgun and he’s looking for Sub-Zero and it’s about two to three seconds before he finds Sub-Zero, look at the graffiti on the wall and if you’re a fan of the original game you’ll know exactly what it is.

More of what you love, an expansion on what you realize you love now. And also the thing is every single actor, the writer Greg Russo, Todd Garner our producer and Simon McQuoid. Every single person on that set is a fan of the game. So as much as we want to give the fans exactly what they want, we also want to expand on it and raise these characters and the story to its own cinematic universe. And the level at which they deserve.

What would you like to see for Jax in the future of this new Mortal Kombat franchise? Any particular themes you’re hoping make it into the script?
Let’s just say Black heroes matter and I want to see the normalization of diversity in heroes in Hollywood. And so I think this is a universe. I think when you watch the movie you realize that you’re watching the beginning of your entry point into the universe. And whatever that means, let’s ride that until the wheels fall off.

I want kids who were born ten years ago, I don’t want them to feel the same way I did growing up, saying “Okay, there’s only a couple of us.”

You’ve played Jimmy Olson in Supergirl, now Jax in Mortal Kombat. These are iconic blockbuster characters. What is your approach to playing someone that the public has an intense familiarity with and perhaps a picture in their own mind of how that character should be played?
I take it on as respecting what the fans understand about the canon or the folklore of the actor. And understanding that the fans have a certain expectation of the character. And the thing is though, I’ve never taken on a role that was already in the cultural consciousness that I wasn’t a fan of myself. I’m a huge comic book fan, I grew up on comic books, I grew up on DC comics and I love them. So when I was brought into the DC world I had a ton of respect. I knew the canon, I knew about Jack Kirby, I understood the world so I already bring that to it. But at the same time, you’ve got to bring your own spin and expand it for complications. You want to make sure that it’s relevant for today. You can’t be doing that kind of shit. So there’s a certain swag, a certain signature that I want to bring to the characters that people think that they know and sort of create a data point or a reflection point where those characters can expand into a different world, particularly speaking to people who identify with me when they watch on their screen.

Any other iconic characters you hope to tackle next?
I think Green Lantern would be amazing. Great question, brother. Green Lantern. But here’s the other thing too. I don’t just want to stick to the characters who were written African American because when a lot of the characters were created, people had really monochromatic existences to put it nicely. Segregation and apartheid in America was a real thing. And people didn’t see a diverse set of human beings in their daily lives so what that means is they wrote the characters that they knew. And so these characters, a lot of these superheroes if they were written ten years ago or five years ago, they might look like me. They might look like my Asian brother Lewis Tan. They might look different than how they were written in 1940 is what I’m saying.

So when you ask me that question, it’s a great question but it’s a more complex answer, because I think that there’s room for growth in diversity because these characters were written 70, 80 years ago some of them. And they weren’t thinking about people like me back then. I want kids who were born ten years ago, I don’t want them to feel the same way I did growing up, saying “Okay, there’s only a couple of us.” I want them to be able to look into any superhero universe or any heroic universe and say, “That could be me too.” And with that said, who are the African heroes? Like Shaka Zulu, Hannibal, where is our Black Gladiator? Where is our Black sword-and-sandal? Who was Othello before he was a general? I want to see those stories too.

Sort of like Denzel Washington’s upcoming The Tragedy of Macbeth. The characters don’t necessarily need to be blockbuster IP.
However, let’s look out for the conversation right there. Greek mythology made the superhero myths basically. Or the superhero myth is Greek mythology, they’re interchangeable. Shakespeare also wrote flawed anti-hero kind of superheroes, the kind that we’re seeing with Todd Phillips’ Joker. So we’ve been telling these stories, but I agree with you, I’m happy that we’re expanding beyond what our imaginations first connect to. So it’s a new day and it’s a beautiful day.

Mortal Kombat is in theaters and streaming on HBO Max. 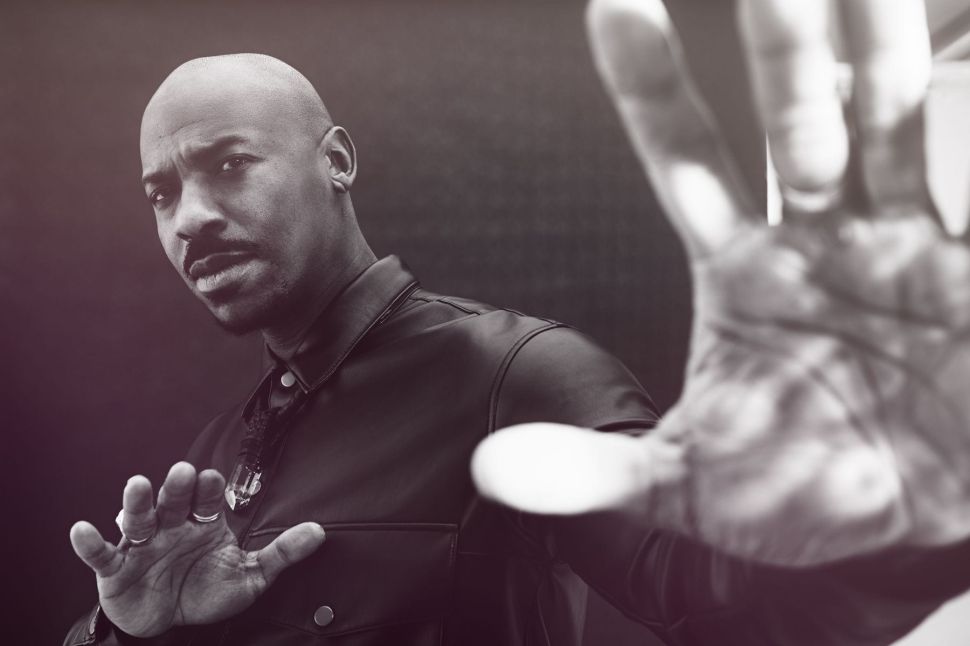