The four astronauts who flew to the International Space Station last November aboard SpaceX’s Crew Dragon Resilience did something unusual Monday morning, moving their space capsule from its original docking port to a new spot in order to make room for upcoming ISS arrivals.

The move, the first in NASA’s commercial crew program, took place between 6:30 a.m. and 7:08 a.m. Monday morning. The Resilience capsule was programmed to maneuver itself to the new docking spot. But NASA astronauts Michael Hopkins, Victor Glover, and Shannon Walker, as well as Japan Aerospace Exploration Agency (JAXA) astronaut Soichi Noguchi were all in their seats preparing to take over just like a driver in an autonomous car. They had two contingency plans in case the programmed relocation failed: manually move Resilience to its new docking port and, if unsuccessful, abort the mission and return to Earth.

Luckily, the astronauts didn’t have to interfere. Resilience smoothly separated itself from the ISS Harmony module’s forward-facing port and docked at the zenith space-facing port.

The four astronauts have only a few weeks left in their ISS stay. Later this month, they will take Resilience back home. SpaceX will then refurbish and modify the spacecraft for its next mission as early as September with four civilian passengers aboard.

Before Resilience’s departure, another Dragon capsule is set to arrive. The next crew mission is scheduled to launch on April 22 from Kennedy Space Center with NASA astronauts Shane Kimbrough and Megan McArthur.

Later in summer, a Dragon cargo mission will arrive at the ISS as well to deliver some new solar arrays for the space station. Those arrays will need to be extracted from the Dragon by the ISS’s Canadarm2 robotic arm, which requires the capsule to be docked at the Harmony module’s forward-facing port, where Resilience was parked.

Dragon has re-docked with the @Space_Station, completing its first-ever port relocation flight and making way for arrival of the Crew-2 Dragon in a few weeks, as well as the CRS-22 Dragon this summer https://t.co/au9pr9Wf3z 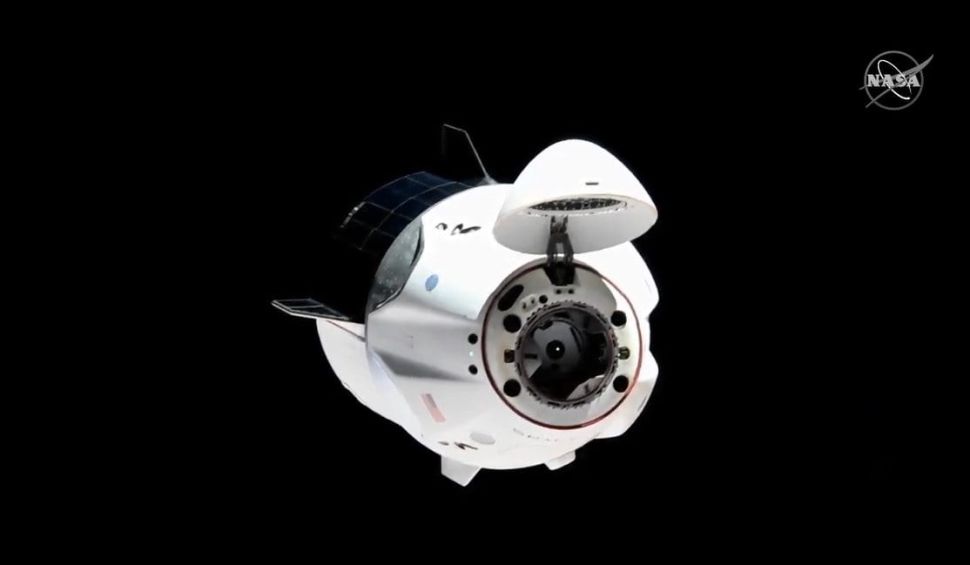