Netflix has renewed its biggest series, Bridgerton for seasons 3 and 4. Season 2 is in production and in keeping with the novels, tells a new romance story—that of Lord Anthony Bridgerton’s quest for love.

“Bridgerton swept us off our feet. The creative team, led by Shonda, knew the material and delivered a beautiful, emotional, romantic drama for our members. They have some exciting plans for the future, and we think audiences will continue to swoon for this show. We’re planning to be in the Bridgerton business for a long time to come,” Bela Bajaria, VP, Global TV, said in a statement.

Executive producer Shonda Rhimes, who delivered Bridgerton as her first Netflix original after signing a $100 million deal in 2017, echoed Bajaria’s sentiment. “From the first time I read Julia Quinn’s delicious Bridgerton series, I knew these were stories that would captivate a viewing audience. But the evolution of this adaptation would not be a success without the many significant contributions of the entire Shondaland team. This two-season pickup is a strong vote of confidence in our work and I feel incredibly grateful to have partners as collaborative and creative as Netflix. Betsy and I are thrilled to have the opportunity to continue bringing the world of Bridgerton to a worldwide audience,” Rhimes said in a statement.

Bridgerton comes to Netflix from Shondaland and is executive produced by Shonda Rhimes, Betsy Beers, and showrunner Chris Van Dusen.

Based on Julia Quinn’s best-selling series of novels, Bridgerton is set in the sexy, lavish, and competitive world of Regency London high society. From the glittering ballrooms of Mayfair to the aristocratic palaces of Park Lane and beyond, the series unveils a seductive, sumptuous world replete with intricate rules and dramatic power struggles, where no one is truly ever on steady ground.  At the heart of the show is the powerful Bridgerton family. Comprised of eight close-knit siblings, this funny, witty, daring, and clever group must navigate the upper ten thousand’s marriage mart in search of romance, adventure, and love.

According to Netflix’s own internal viewership metrics, Bridgerton is the streaming company’s most successful original ever with 82 million views within its first 28 days of availability. To renew the series for two additional seasons on top of the upcoming second seasons suggests a great deal of internal confidence. With Stranger Things likely approaching its end game, perhaps Bridgerton is becoming the streamer’s heir-apparent flagship series. 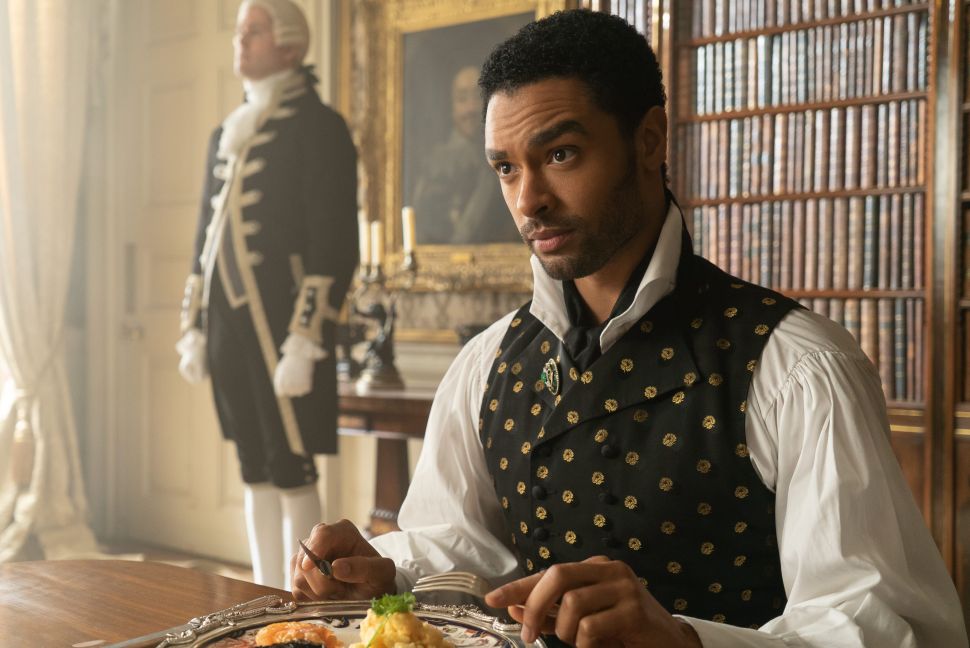