Netflix finished Q1 2021 with 208 million paid memberships worldwide, which marked a 14% increase year-over-year, but fell below the company’s guidance forecast of 210 million. Netflix chalks up the depressed growth to the “big COVID-19 pull forward in 2020” as well as a lighter content slate in the first half of the year, due to COVID-19 delays.

“It’s a big miss that clearly shows the pandemic-induced surge in subscription is winding down, and faster than expected,” Haris Anwar, senior analyst at Investing.com told Observer. “To some extent, the outcome was anticipated and investors had priced in a slowdown within their forecasts.”

On the bright side, revenue grew 24% year-over-year and was in line with the company’s quarterly forecast while operating profit and margin reached all-time highs. Moving forward, Netflix expects “a strong second half” with the return of new seasons of some of its biggest original series and films. However, the company notes that short-term uncertainty remains as a result of COVID-19.

Overall, Q1 saw 4 million paid net additions, below Netflix’s forecast of 6 million. Q1 of 2020 saw a company record 15.6 million new subscribers, though that was attributed to the global lockdowns forced by the coronavirus pandemic. Netflix does not believe “competitive intensity” materially changed in the quarter or was a material factor in the variance. Make of that what you will, Disney+, Amazon, HBO Max and the rest of the SVOD industry.

Any cheeky investors looking to cash in on Netflix’s missed expectations should take a moment to overview recent history before jumping into the fray.

“Netflix has had trouble moving higher the following week after earnings over the last year and a half,” Jake Wujastyk, Chief Market Analyst at TrendSpider, told Observer. “Out of the 6 earnings that have occurred since November of 2019, the price for the following week after earnings has always hit a lower low than the week of earnings OR has closed red compared to the week of earnings. Looking ahead, Netflix projects paid net additions of just 1 million within the United States and Canada and Latin America regions in Q2.

“If the company fails to ramp up its production and attract viewership, it will be hard to see Netflix continue its momentum, with vaccination efforts in full drive, the economy reopening and increased competition coming to the fore,” Anward said.

The company is anticipating paid membership growth to re-accelerate in the second half of 2021 with the release of new seasons of Sex Education, The Witcher, Money Heist and You as well as original films such as Red Notice, Don’t Look Up and the finale to The Kissing Booth trilogy.

In terms of Q1 content performance within the first 28 days of availability, Netflix revealed viewership data for the following TV and film titles:

Below Zero from Spain (47M)
Space Sweepers from Korea (26m)
Squared Love from Poland (31m)
Who Killed Sara? from Mexico (an estimated 55m)

Reminder: Netflix counts any member account that watches at least two minutes of a TV show or film as a view. Netflix believes it represents less than 10% of TV screen time in the U.S. and even smaller in other regions and when including mobile devices. It lists linear TV, video gaming, and viewing user generated content as main competitors. It also acknowledges in the report increased streaming service competition, though Netflix sees the collection of SVOD services as more of a problem for linear TV than itself.

Assuming there are no more COVID-related production delays, the streamer intends to spend upwards of $17 billion on content this year.

“The underlying business strategy of Netflix’s seems to be to grow its membership both domestically and internationally,” Dan Raju, CEO of Tradier, told Observer. “While this sector has seen mounting growth due to home bound pandemic viewership, there is competition form Amazon Prime, Walt Disney, Apple, Hulu, NBCUniversal’s and other mobile streaming apps.” 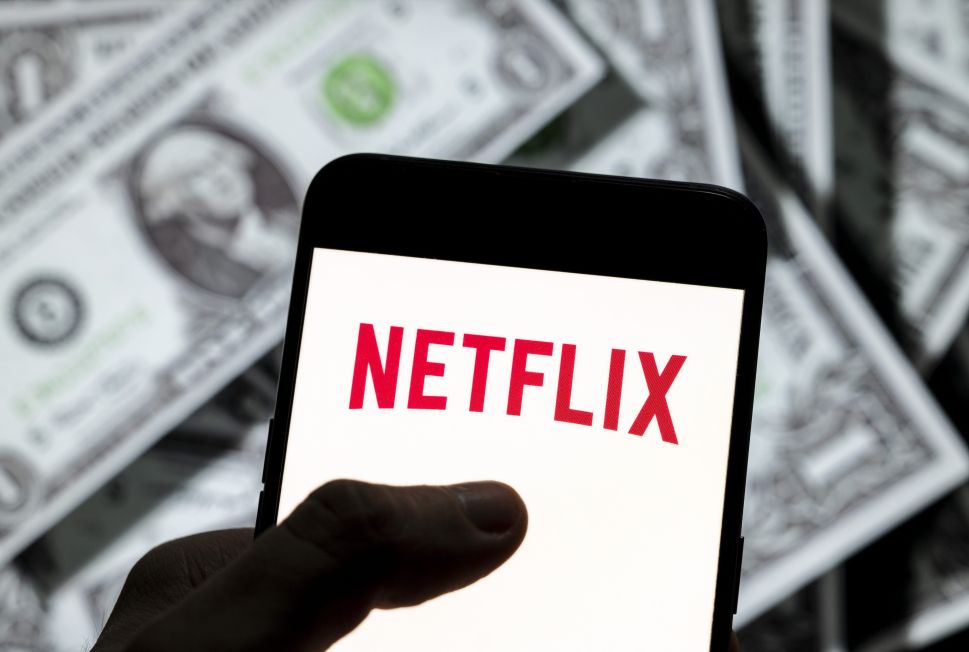