The pandemic and the resulting production shutdowns forced studios across the world to make difficult financial decisions. Unfortunately, those decisions often resulted in the cancellation of beloved television series. Arguably one of the biggest blows suffered during this rash of on-screen sacrifices is Netflix’s GLOW.

After three successful and critically acclaimed seasons, GLOW was originally renewed for a fourth and final season that would provide a well-earned sendoff to the 1980s set dramedy. However, the financial pinch caused by the pandemic forced Netflix to renege on some of its renewals, and GLOW was a victim of the process.  In early October, the streaming service made it official. The almighty and opaque algorithm must have deemed a fourth season a budgetary concern.

“COVID has killed actual humans. It’s a national tragedy and should be our focus. COVID also apparently took down our show,” series creators Liz Flahive and Carly Mensch said in a statement to Deadline at the time. “Netflix has decided not to finish filming the final season of GLOW. We were handed the creative freedom to make a complicated comedy about women and tell their stories. And wrestle. And now that’s gone. There’s a lot of sh*tty things happening in the world that are much bigger than this right now. But it still sucks that we don’t get to see these 15 women in a frame together again.”

In the wake of its cancellation, fans took to social media to campaign for some sort of continuation so that the gorgeous ladies of wrestling could bid adieu to audiences on their own terms. But star Alison Brie isn’t confident that’s a realistic option.

“I certainly think a [GLOW] movie could tie everything up,” she recently told The Playlist. However, she’s a “little pessimistic” that will ever happen.

“I’m also part of the Community cast, who’s been trying to get a movie going for six years,” Brie said. “So what I’m saying is don’t hold your breath because if it does happen, it might take a minute.”

Though Netflix previously cancelled Sense8 on a cliffhanger before giving the series a finale movie to wrap things up in response to fan outcry, it doesn’t appear that GLOW will be getting the same treatment.

Netflix is spending upwards of $17 billion on content this year. 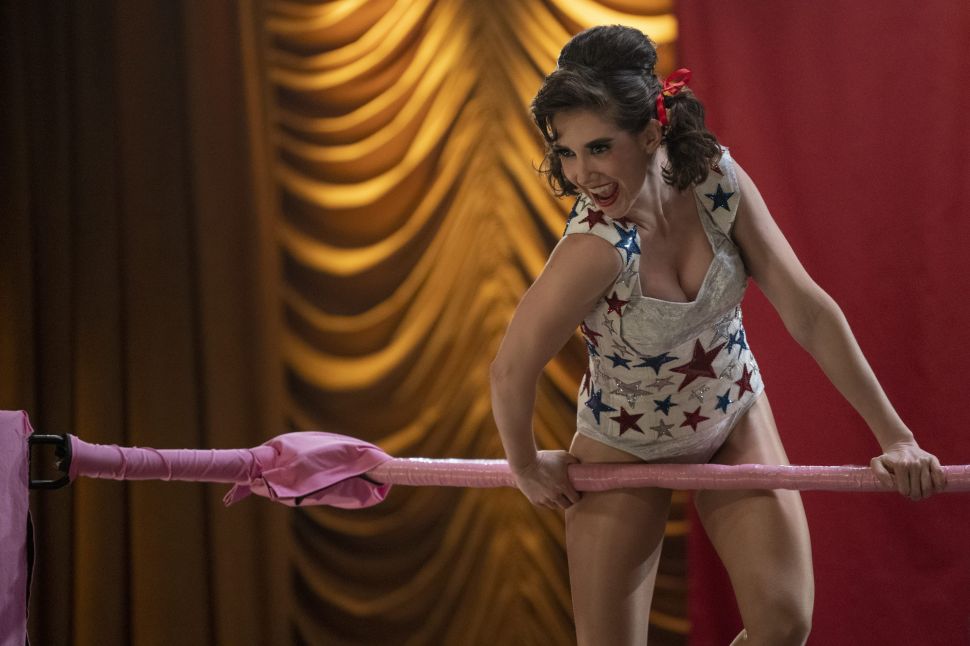