At times, the entertainment industry can feel as if it is trapped in a cyclical vortex of imitation and duplication. The back-and-forth dance of offensive strike and counter offensive begin to resemble a mimicry rather than a battle. Take Netflix and Disney.

The former charted a future course for the entire entertainment industry by spearheading Hollywood’s transition into direct-to-consumer business and revealing the generously long leash Wall Street rewards to such streaming endeavors. Disney, a multi-faceted conglomerate with brick-and-mortar operations as well as an expansive theatrical and media network business, realizes it needs to do the same and strips all of its content from Netflix in advance of launching its own service. Netflix builds its empire on the premise of providing something for everyone; Disney+ thrives because of its concentrated core of specifically tailored intellectual property.

Now, we’ve reached yet another revolution within the vortex that seems to reverse the direction of the spin. Netflix very well may now be trying to become a Disney doppelganger.

The “pull forward impact” of the post-COVID market has accelerated Netflix’s competitive landscape as users are flush with more streaming freedom and flexibility than ever before or ever again. Disney+ is delivering blockbuster weekly shows that dominate the zeitgeist. HBO Max is delivering tentpole features like Wonder Woman 1984 and Godzilla vs. Kong. Amazon is being far more selective and the strategy, from The Boys to Borat Subsequent Moviefilm and Coming 2 America, appears to be paying off.

Netflix is still the dominant player in the worldwide streaming game, but its global and U.S. digital original demand share has shrunk to record lows in 2021 due to rising competition, according to Parrot Analytics.

Netflix said in January it no longer needed to borrow money to fund content expenditures while also paying off its $16 billion in debt. Yet with increased competition, one would think the company might have to keep upping its content budget to maintain its shrinking lead. With a shrinking library as a result of increased competition, one might think they would need to spend more to maintain scale. And with a declining batting average when it comes to hit originals, one would think they might need to spend more to generate long-tail successes.

As a result, Andrew Rosen—former Viacom digital media exec and founder of streaming newsletter PARQOR—believes Netflix may opt to move away from its one-stop-shop buffet style offerings and adopt a more selective approach akin to Disney.

In September, Netflix co-CEO Reed Hastings told the New York Times that two of the best authors in the entertainment industry were Neal Gabler, who wrote the definitive biography of Walt Disney, and Bob Iger, who literally ran Disney. In February, Hastings told investors that Netflix’s long-term aim is to beat Disney at animation: “We’re very fired up about catching them in family animation, maybe eventually passing them, we’ll see. A long way to go just to catch them.”

Netflix “becomes” Disney by refocusing its content efforts on key verticals that sharpens the efficiency of investment. There’s a reason why Netflix’s content budget devoted to projects in development is nearly triple that of Disney’s. There’s also a reason why their return-on-investment isn’t as impressive. So what does a less unwieldy Netflix even look like?

“I’m stunned that Extraction was watched by 99 million member households worldwide,” Rosen said. “I’m still stunned that Lupin, a French show was #1 in Brazil after release. It tells you that they can find gems, cost-effectively, which their subscribers will consume worldwide. That’s a very different story from ‘Debtflix’ and it’s a strategy upon which Head of Global TV Bela Bajaria built her reputation within Netflix.”

While this strategy can help reduce overall content costs and better focus Netflix’s efforts, success remains elusive…at least publicly. Rosen points out that we often see Netflix invest in big titles, but we learn little about how they perform. Over the Moon was promised to investors as one of those Disney-type bets, received significant promotion from the company, and eared two Oscars nominations. Yet we’ve heard nothing but silence from Netflix about its performance. The same goes for fellow animated titles Klaus, The Dragon Prince or She-Ra. Cocomelon and Jurassic World: Camp Cretaceous have performed well in Nielsen ratings and Netflix’s Top 10 tracker, yet are licensed properties.

UPDATE: Netflix did release self-reported viewership for Over the Moon in January.

“I’m obviously painting broad brushstrokes here, but the point is, as much as Netflix talks about Disney and animation as business objectives, it is harder to discern where the wins have been for them,” Rosen said.

Disney can lock you into its ecosystem with proven IP as you jump from major branded franchise to major branded franchise. Netflix must keep users within its own platform primarily through original content that doesn’t benefit from years of blockbuster box office success. It’s another obstacle in Netflix’s quest to become Disney.

“Netflix needs to continue to justify price increases,” Rosen explained. “That means it needs to prove demand is inelastic and churn is minimal.”

Local-language content helps on this front as it satiates regional audiences but can also travel well via dubbing and translation, such as Lupin. Anime is another category that does so, as evidenced by the success of Castlevania, Netflix’s ballooning anime library and rival services like Crunchyroll. And finally, Hollywood blockbuster films help on this front, per Rosen, becoming can’t miss tentpole events. There’s a reason why the streamer swooped in to spend $200 million-plus on Dwayne Johnson’s Red Notice, $469 million on Rian Johnson’s Knives Out sequels, and is franchising the hell out of Zack Snyder’s Army of the Dead.

Netflix may want to be Disney, but it wants to do so by finding its own core verticals to invest in, and not necessarily becoming a family-friendly rival to the Mouse House. For now, that means focusing on animation, local-language programming, and blockbusters. We’ll see if other genres come at the expense of that focus as the industry moves through the streaming war battles. 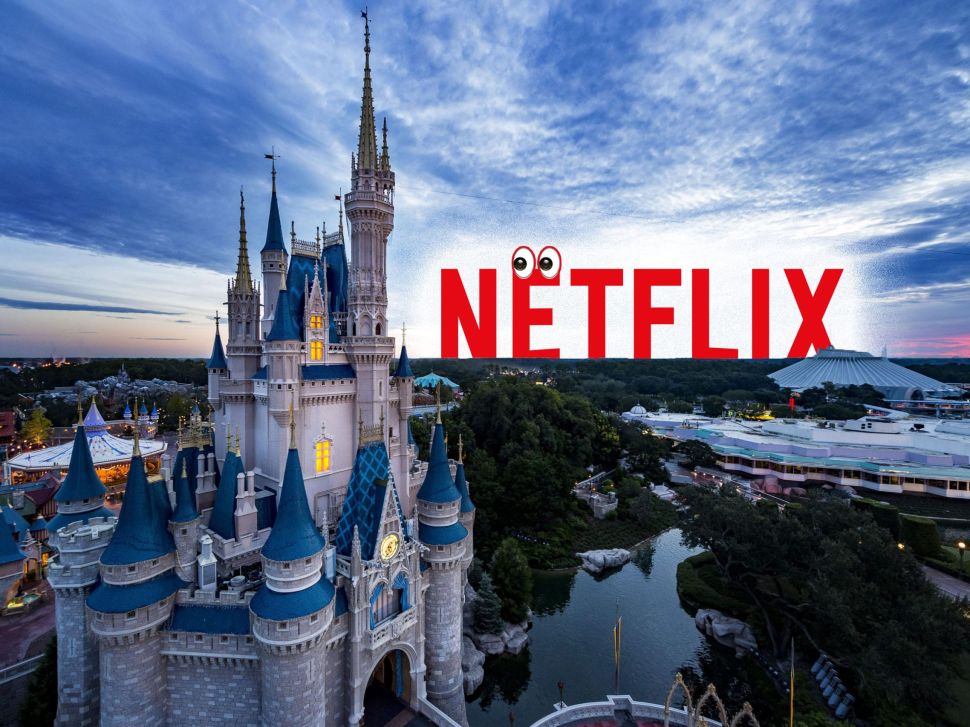