Non-fungible tokens, or NFTs, have taken the digital art and collectible market by storm this year. But the format’s popularity among crypto buyers may have already peaked, according to new market data, even as trading platforms and collectible companies continue to up their bets on the nascent digital asset.

User activity, transaction volume and average sale price have all cratered in recent week. According to NonFungible.com, a crypto market research site, the average price for an NFT sold this week was 70 percent lower than what it was in late February. (An average NFT sold for $1,256 on April 5.) This is in spite of the dollar value of ETH, the main cryptocurrency used in NFT trading, hitting an all-time high in recent days, meaning that people were spending even less, in crypto terms, on NFTs.

In the week of February 21, NFT transactions totaled $196.4 million, according to data compiled by the crypto research site The Block. More than 60 percent of trading activities came from the NBA TopShot, a NFT trading platform launched by Dapper Labs in July 2019 to allow people to buy and sell video highlight clips of iconic basketball plays.

Trading volume took a dive just a month later. By March 28, weekly users on NBA TopShot had declined 70 percent, leading to a 66 percent drop in overall NFT transactions, per The Block.

Eisner told CNBC in an interview Tuesday that the deal was struck before the recent NFT explosion. Topps, best known for its baseball cards, saw net sales grow 23 percent to a record high in 2020 thanks to its new mobile app marketplace. The company recently expanded into NFT.

“This is the icing on the cake, going digital completely, with the analog still in place,” Eisner told CNBC.

The NFT craze started in late February with a sudden rise of several blockbuster deals, most notably the $69 million Beeple art sale at Christie’s. The deal kicked start a string of bizarre, celebrity-backed NFT sales in March, including Jack Dorsey’s original tweet (sold for $2.9 million worth of ETH) and Mark Cuban’s motivational quote (sold for $1,700 worth of ETH), and inspired companies from seemingly unrelated industries to go into NFTs. 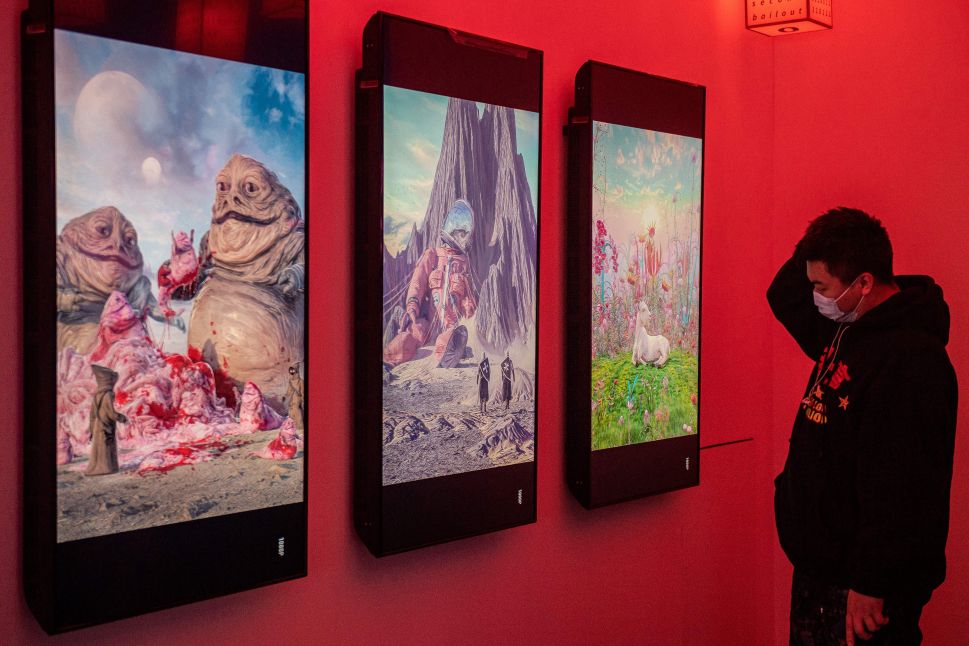