The thing about non-fungible tokens or NFTs, the hottest new commodity in the art world, is that they have proven that they can be fabricated out of truly anything. Some experts have suggested that the music industry will sell merchandise in the future in the form of NFTs, while other individuals have lamented that their own work has been plagiarized in NFT form or outright stolen from their online accounts. However, the fact remains that NFT innovations are here to stay, and the latest one is a version of the Leonardo da Vinci painting Salvator Mundi holding a wad of cash that was minted today as an NFT.

The NFT, which was made by Ben Lewis, the author of The Last Leonardo, may not be in the best of taste, but it does prove the point that NFTs are pure, real-life examples of Murphy’s Law: anything that can happen will happen. Lewis’s NFT is entitled Salvator Metaversi. According to the Art Newspaper, the NFT was minted today on OpenSea platform, and it will eventually be auctioned off over Easter weekend in the United Kingdom.

Proceeds of the sale of the NFT will also go in part to the Louisiana-based Hendry family, who sold the original da Vinci of Salvator Mundi at auction in 2005 for a grand total of $1,175. “If it doesn’t sell, I want to at least draw attention to the crazy excesses and injustices of the art market where families, who are unaware of the complexities of the art market, sell heirlooms for small change and receive no resale fees when the work turns out to be a sleeper, the art market term for an undiscovered and undervalued old master painting,” Lewis said in a statement to the Art Newspaper. 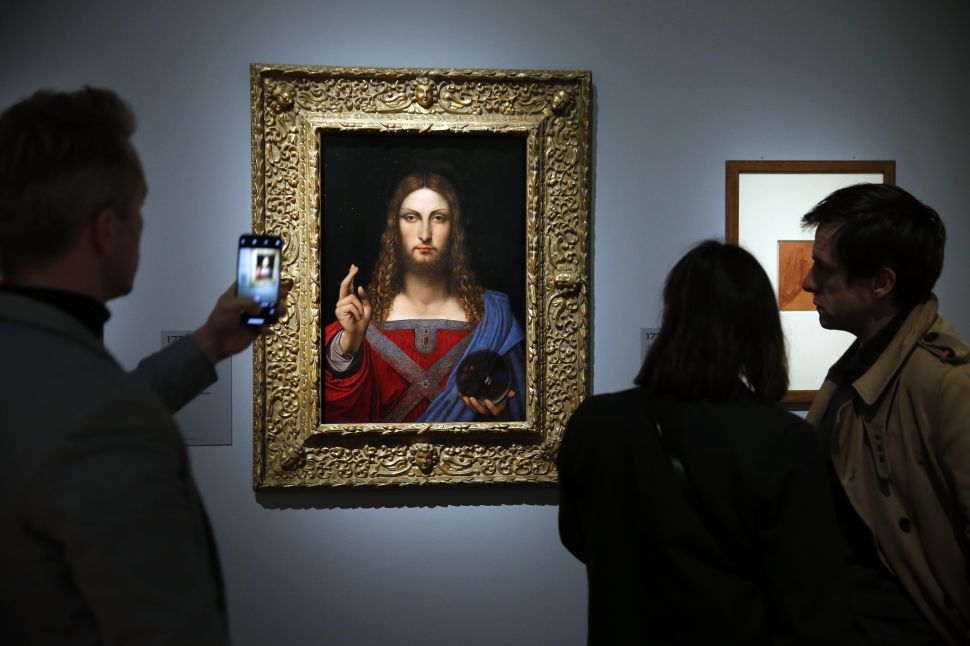