Early Monday morning, OneWeb, a primary rival of SpaceX’s Starlink satellite internet project, launched a batch of 36 satellites atop a Soyuz-2.1b rocket from the Vostochny Cosmodrome in Russia, bringing the total number of OneWeb satellites in low-Earth orbit to 182 and pushing the company closer to service rollout in the northern hemisphere.

The latest launch came just a week after OneWeb and SpaceX sparred over a potential satellite collision before the Federal Communications Commission and even got the U.S. Space Force involved.

OneWeb said in early April that they had to move one of their satellites to avoid a close approach with a SpaceX Starlink satellite. The satellite, called OneWeb-0178, was part of a batch launched on March 25. As the spacecraft was raising to orbit, it was projected to come close to Starlink-1546, a satellite launched in September 2020 and was orbiting at an altitude of 450 kilometers (280 miles) at the time.

The two satellites would come within about 60 meters (197 feet) of each other, with a 1.3 percent chance of a collision, according to estimates by the U.S. Space Force in late March. OneWeb alleged that SpaceX had turned off Starlink-1546’s automated collision avoidance system before the close approach. In an interview with The Wall Street Journal last week, a OneWeb official even went as far as to take a swipe at SpaceX’s overall approach when it comes to experimental projects.

“SpaceX has a gung-ho approach to space,” OneWeb’s head of government affairs Chris McLaughlin told the Journal. “Every one of our satellites is like a Ford Focus—it does the same thing, it gets tested, it works—while Starlink satellites are like Teslas: They launch them and then they have to upgrade and fix them, or even replace them altogether.”

SpaceX refuted OneWeb’s allegation and said in a filing to the FCC on April 20 that there was no “close call” or “near miss” between the two satellites. SpaceX said it turned off the collision avoidance system on Starlink-1546 because it was informed that OneWeb wanted to maneuver its own satellite out of the danger zone before more data about collision risk would come in.

By the time of OneWeb’s maneuver the probability of a collision had already dropped below the threshold of concern, SpaceX said. The actual close approach, based on Space Force data, was around 1,100 meters (3,600 feet).

It wasn’t the first time Starlink satellites had caused trouble for other spacecraft in low-Earth orbit. In 2019, the European Space Agency had to maneuver an Earth-observing satellite to avoid a 1-1,000 chance conjunction with a Starlink satellite. (The ESA said it had to move the spacecraft because SpaceX had “no plan to take action.”)

SpaceX had fewer than 100 Starlink satellites in orbit at the time. Now it has more than 1,300. The Elon Musk-led company plans to eventually deploy 42,000 satellites in low-Earth orbit to provide high-speed internet coverage globally.

OneWeb, founded in 2012 in the U.K., launched the satellite internet program around the same time as SpaceX. But the project was stalled when OneWeb tumbled into insolvency in March 2020. The company emerged from bankruptcy in July and was sold to the British government and Indian telecom company Bharti Global. Satellite launch resumed in December. OneWeb aims to begin intial broadband service to north of 50 degrees latitude by June, which would cover the U.K., northern Europe, Greenland, Iceland, Canada and Alaska before the 2021. 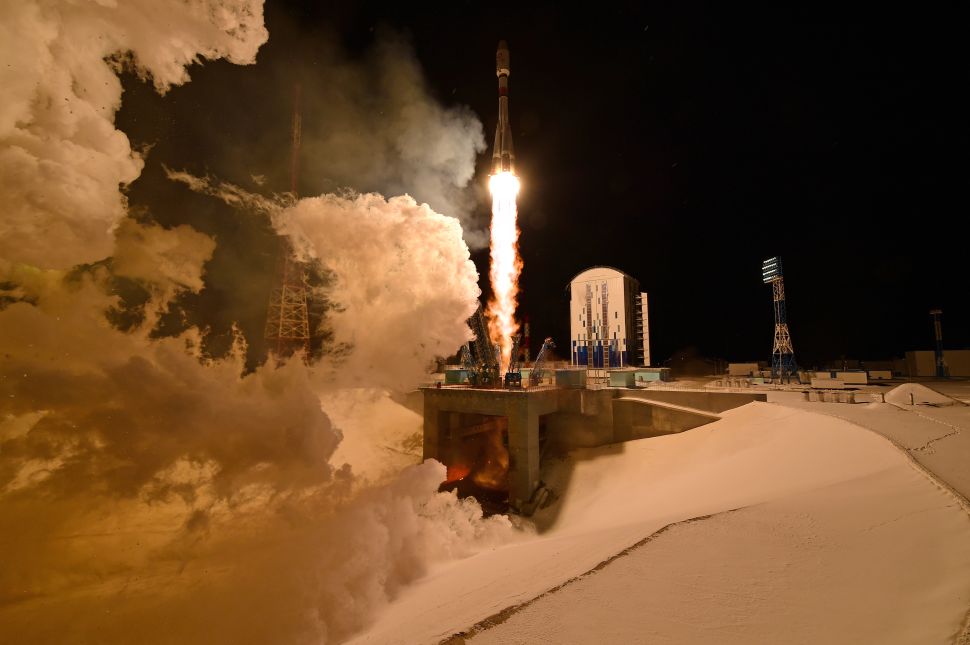