Two chaotic transitions of power in 2017 inspired former Pixar animator Erick Oh to complete Opera. In America, where Oh was born, Donald Trump became the 45th President of the United States. In South Korea, where Oh’s family originated from, President Park Geun-hye was impeached on charges of corruption.

It took four years for the eight-minute short film to be completed, but its impact is emphatic. Having already traveled the world to screen at festivals as far as Texas, Cannes, London and Hiroshima, Opera will now compete for the Academy Award for Best Animated Short tonight.

A moving diorama captures a looping day-and-night cycle within an ant-farm-like society inside a pyramid. Different scenarios unfold across Opera’s 26 adjoining rooms: at the top sits a king, growing fat from the endless supply of meals brought up by a line of servants. In the flanks further afield, workers tirelessly prepare food and fuel to keep the cycle running.

People at Pixar knew me as the guy who “always does something crazy.” So if there’s a shot that requires out-of-the-box thinking, it often came to me.

In the depths lies a key that would fit the lock at the pyramid’s tip. Turning it, we assume, will break the repetitive cycle — but it’s out of grasp for any individual working alone. Instead of banding together to improve their reach, a deep lower chamber finds the left and right flanks of the pyramid, painted an opposing red and blue, at war with one another. People die; new ones take their place; the cycle continues, forever.

With family-friendly animated features, the frescos of Hieronymous Bosch and a desire to raise awareness of the flaws of our real-world society informing this work, Oh’s complex artistry is full of nuance. Observer spoke to the master creator ahead of the 93rd Academy Awards this month to get the lowdown on this spectacular passion project.

Observer: Congratulations on the Academy Award nomination, Erick. What inspired you to become an animator?

Erick Oh: In every classroom there’s always one kid who loves drawing, and I was that kid. I was inspired by all the classic Disney movies, like Beauty and the Beast and Aladdin. I still know how to draw the genie — I drew him millions of times when I was a kid.

I studied fine art and then did a Masters’ at film school at UCLA. That’s what led to me starting at Pixar in 2010, as an intern.

What did you work on specifically at Pixar?

I was there for almost seven years, working on movies like Inside Out, Finding Dory and Coco. People at Pixar knew me as the guy who “always does something crazy.” So if there’s a shot that requires out-of-the-box thinking, it often came to me.

The absolute pinnacle of my career at Pixar is Finding Dory — I animated Hank, the octopus. We ended up going to the aquarium like three or four times to study octopuses, to figure out his character and movement. Hank was the most expensive character in Pixar history — a combination of state-of-the-art technology and these beautiful, flexible, organic tentacles everywhere.

Do you still work for Pixar today?

At Pixar, we spend about four or five years with a team of 500 artists to complete a feature. You can reach a broad audience with something that’s really wide in appeal, but I’m just one part of it, it’s not necessarily my own story.

I left to tell my own story. Working on an independent project has a different feeling of reward, because the design, the story, every pixel is from myself.

I’ve made several different movies since leaving Pixar, including the [Academy Award-nominated] Dam Keeper series, with some former Pixar colleagues. I also made some commercials, some independent films, and now Opera.

Opera took four years to complete. What were some of the biggest challenges?

I had my own day job — as did a lot of the other artists. We were doing it at night and on weekends. That was tough.

There were moments where I felt like I was being too ambitious, but I could never give up because of what was going on around us in the world. The Black Lives Matter movement, the Yellow Jacket movement in Paris, and then Hong Kong, Korea, the issue of pollution. I felt like we were all stuck and not really evolving in a way. That made me stronger.

Why is the film titled Opera?

The origin of the word “Opera” actually means labor, society, work. So that already conveys what my film is trying to say. But the way it functions is also just like a musical opera — there are so many people in harmony, like an orchestra working together.

Where did you take inspiration from in the style and structure of Opera?

I went to the Sistine Chapel when I was really young on a family trip. It became carved deep into my heart, so when I was designing Opera it came into my mind unconsciously.

I knew I couldn’t talk about human life and society through a conventional narrative format, because it’s so broad and complex. It’s something that loops forever throughout history.

Murals and frescoes by people like Bosch or Michelangelo really capture the history and essence of humanity. There will be a festival going on, but then there are people being killed and there’s war. Opera is just a contemporary version of one of those paintings. The ending connects to the beginning, and everything is happening at once. That’s how I see society.

There are 26 different rooms within the pyramid. You have isolated some of them on your Instagram page to highlight different activities within the cycle. Are any scenes particularly important?

I don’t want to give too much guidance to the audience — you’re the one who will create your own story if you resonate with certain moments or vignettes. But the section titled ‘Crepi Il Lupo’ is especially critical because in American society nowadays we’re dealing with a lot of race issues.

The characters in Opera represent all of the human race. That’s why the design is so generic — it could be anyone. But the figures in this scene each have different colors on their head, and they are getting their heads chopped off, or becoming prisoners because they are different. They stand for all the different kinds of discrimination that exist within society.

I hope the audience will see this scene, feel it, and then have a moment to think about how we can make this better.

Hate crimes against Asian people are one of the biggest social issues in America. How can people be more conscious of some of these issues in day-to-day life?

Part of my upbringing was spent living in Rhode Island, where the Asian population is really low. And being Asian in this American society becomes a part of you on an unconscious level.

You don’t even think about it, but when you’re hanging out with a group of people, for example, you’re already aware that you’re Asian-American. I have to be mindful not to do something that’s not in the frame of ‘normal’, because as soon as I do I’m not going to be as accepted in that community.

It’s sensitive, and it’s very subtle. And that’s what’s so scary. But it’s just the same as issues of gender — people just need to be more aware of it.

Do the recent successes of filmmakers like Bong Joon Ho, Chloe Zhao and Lee Isaac Chung in the American film industry give you hope that society might become more inclusive in the future?

I am definitely feeling optimistic. This is a critical moment for everybody, but especially for Asian-American artists. Opportunities are opening up all over the world — people are opening their hearts to listen to us more.

But at the same time, people see films like Crazy Rich Asians, Raya and the Last Dragon and Over The Moon, and they want to learn more about Asia instead of focusing on the raw, real human story. That’s good, but we also need to be more conscious about getting out of our own frame and introducing who we are as people.

It should be more about the human story, not just being an “Asian-American” film.

Opera is available to watch through ErickOh.com. 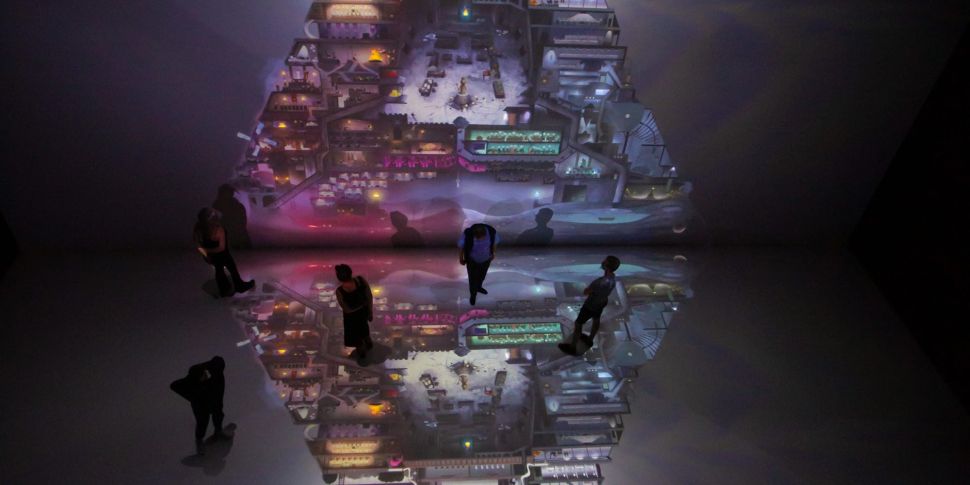 Filed Under: Movies, Entertainment, Opera, Pixar, Raya and the Last Dragon, Coco, Finding Dory, Inside Out, Over the Moon