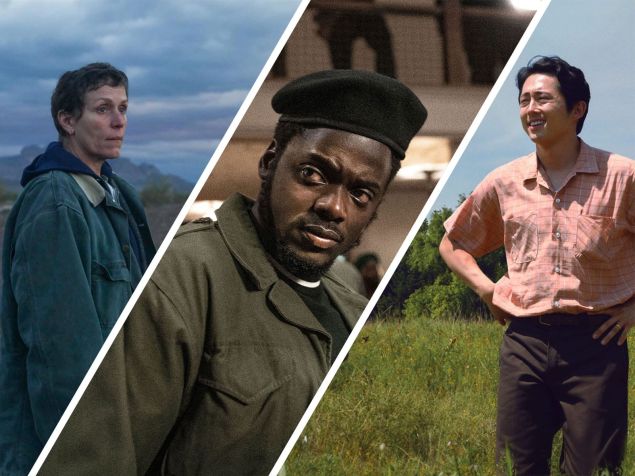 Hollywood is all about spin, so which Best Picture nominee has generated the best PR narrative? Searchlight Pictures; Warner Bros. Pictures; A24

When it comes to the Academy Awards, the Best Picture nominees should be judged solely on the depth of their artistry and how effectively each film articulates its intended message. The quality of each feature should be the rubric with which the Academy selects its winners. Yet, sadly, we all know that is not how the world works.

For the Oscars, the Best Picture race often comes down to mad dash popularity contest. As such, contenders must craft an enticing narrative around their candidacy to better sell their feature to a wide voting body. Based on the tone of Oscars campaigning in this unusual year as well as industry chatter, let’s explore how each Best Picture contender has gone about it.

Lee Isaac Chung’s Minari masterfully deploys specificity to represent universality in his achingly sincere, semi-autobiographical tale of an immigrant Korean family settling in rural Arkansas. Though the exact journey of this one unique family may not be applicable to us all, the film’s authentic representation of relationships—fracturing, settling, then healing—is something we can all relate to. Our ability to forgive one another’s mistakes is what ultimately decides our familial path.

The so-easy-it’s-lazy comparison to draw with Minari, which is largely a non-English film, is Bong Joon-Ho’s Parasite victory from last year. While it’s commendable that the Academy is increasingly recognizing non-English films, the two features were delivered in very different climates. Parasite debuted at the Cannes Film Festival in May 2019, winning the Palme d’Or and riding that wave of enthusiasm through every major film festival (Venice, Telluride, Toronto, etc.) en route to a powerful shows on Oscars night (four wins). It also wound up grossing nearly $260 million at the worldwide box office.

Minari is a much quieter film. While it debuted (and won) at the Sundance Film Festival in January 2020, it did not enjoy the same traditional hype-building festival rollout or long-tail box office success as Parasite. It doesn’t boast that same groundswell of momentum.

Chloé Zhao interestingly surrounds the incomparable Frances McDormand with non-professional actors in Nomadland. While the veteran actress delivers as always, some of Nomadland‘s most powerful moments are when our protagonists cedes the stage to the vulnerable yet refreshingly honest struggles of her compatriots. Fern reveals the depth of her empathy and character when lending a supportive ear rather than thrusting her own journey into the spotlight.

As the Oscars favorite, it’s no surprise to see faux controversies such as a tenuous Amazon criticism crop up in relation to the film. While Nomadland may be docked a bit by certain corners of the Academy that feel it skews too closer to an Independent Spirit contender, there is a real Middle America appeal to the subdued drama. The film may not be as grand or sweeping as traditional Best Picture epics of years past, but it feel like a new kind of contender for a new era of the Academy.

Director Darius Marder manages to take audiences inside Ruben’s (Riz Ahmed) harrowing experience of hearing loss in order to vividly recreate his journey into a rarely examined world. It’s a life-changing ordeal that vacillates between tumultuous and defeating and insightful and rewarding.

Not only does Sound of Metal represent something of a breakout for Ahmed as a true leading man, but it’s also one of the most creatively concocted films in recent memory. Marder and his team deploy the most unique sound editing design many of us have ever experienced. The film doesn’t so much weaponize sound as it does the absence of it. The void of silence is its tool of conveyance. This transforms Sound of Metal from a compelling, well-acted drama into something of a technical marvel. If there’s one thing Hollywood loves, it’s being shown something it’s never quite seen before.

Promising Young Woman uses all-too-common sexual assault as a launching pad for a fully realized revenge thriller and tragic black comedy. Stylishly spun by rookie director Emerald Fennell, it channels its rage through a dynamic career-best performance from Carey Mulligan. While well-deserved reckonings make for crowd pleasing drama, Promising Young Woman has more on its mind than fairytale endings. As such, mileage may vary.

The film has become arguably the most polarizing of the Best Picture contenders this awards season thanks to an ending some hail as a genius inversion and others claim abandon the very ideals of the film that preceded it. Observer’s own Siddhant Adlakha wrote that the film is “afraid to carve out its own unique identity.” Where you stand on the final intentions very well may decide how you feel about it as a Best Picture nominee. But there’s no doubt it’s a timely reminder of gender dynamics in a modern world where doing the wrong thing seems increasingly easy.

Aaron Sorkin’s second feature film as director has all the makings of an Academy Awards darling. Sparkling dialogue, splashy cast, timely political message, historical authenticity (well, sort of). It boasts generalist accessibility across demographics. But that broad access may actually work against it in the long run.

As we’ve previously explored, Sorkin’s court room drama checks all the boxes of a prototypical Oscars bait feature film. Yet as the Academy increasingly diversifies its ranks, the standard reserved fare that felt safe as recently as 10 years ago now feels woefully out-of-touch. The Trial of the Chicago 7 may not have the ardent supporters some of the above titles boast, but it also doesn’t have as vocal detractors. As such, it feels like Netflix is playing less to win and more not to lose.

David Fincher’s Mank champions the unsung heroes of foundational Hollywood masterpieces from the golden age of Tinsel Town. Directing from a flowery script written by his father, audiences can often lavish in the stretches of verbal splendor Mank provides, lapping up excellent conversation-driven momentum. But for audiences unfamiliar with Hollywood’s origins and the major players of 80 years ago, the film can often leave you unmoored in a lack of understanding in its intense period-specific focus. It’s as textured as any labor of love, but densely so.

Mank is undeniably stylish in a throwback fashion that feels strikingly new in Fincher’s hands. But shooting for aspirational timelessness lapses into long stretches of inaccessibility. Gary Oldman and Amanda Seyfried’s performances leave an imprint as does the softer Tarantino-esque dialogue that pitter patters from witticism to cleverly skewered barbs. But it’s such a selective watch that it hasn’t garnered widespread support as a top tier Best Picture contender outside of the producer and director divisions of the Academy. There’s a reason Netflix is largely backing The Trial of the Chicago 7 despite Mank leading all films with 10 total nominations.

Despite claiming a Best Picture nomination, it’s possible that Shaka King’s feature directorial debut may still be underrated. The Trial of the Chicago 7 seems to be sucking up all of the “politically charged timeliness” support from the Academy, despite Judas and the Black Messiah‘s far more cutting racial focus. What strikes you when watching this film about the betrayal and assassination of Fred Hampton, chairman of the Black Panther Party, is the depressingly cyclical nature of systemic racial oppression in this country. What was still is as the illusion of progress keeps the masses satiated.

Judas and the Black Messiah‘s campaign has morphed around that of its star Daniel Kaluuya (who, confusingly, was nominated alongside his co-star LaKeith Stanfield in the Best Supporting Actor category). Kaluuya has rightfully dominated awards seasons thanks to the controlled inferno of his performance as Fred Hampton. His inevitable Oscars win seems to have become the main story associated with his film.

Florian Zeller’s The Father is another impressive feature directorial debut. Its focus is refreshingly smaller than some of its rival contenders tackling meaning-of-life questions. The film follows an aging man who must deal with his progressing memory loss and the daughter that hopes to be present in his life. It unites many who have experienced dementia within their families in a connection of frustration and helplessness from multiple angles. Entrusting such a specific endeavor to Anthony Hopkins and Olivia Colman is never a bad call.

But much like 2020 contenders such as Marriage Story or Little Women, The Father is a generally liked film that is not thought to have any serious chance at claiming Best Picture come Sunday. Its focus may be too narrow, even as we count that among its strengths. The intricately woven narrative from unreliable perspectives is appreciated, but perhaps too clever for certain segments of the voting body. 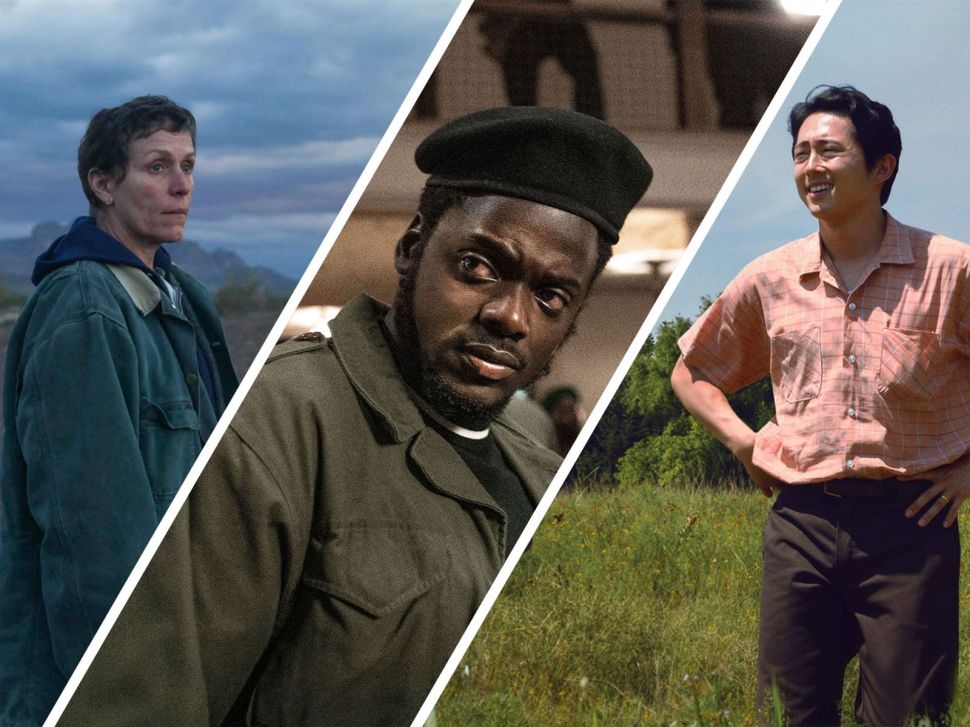