We’ve now reached the point in the arena of NFT discourse where those who still haven’t gotten on board with the new technology are unlikely ever to fully understand its function, and those who’ve adopted the phenomenon en masse are beginning to produce work that either widely or just barely misses the mark. The annual Academy Awards took place on Sunday evening, and before the ceremony unfolded, it was announced that traditionally bestowed swag bags would include a 3D NFT created by the artist Andre O’Shea that depicts the visage of actor Chadwick Boseman.

Idk what’s worse the fact that it’s an Nft, the fact that Chadwick Boseman’s death is being commodified, or that this is in every Oscar nominees’ gift bags https://t.co/LVc5Nk04mE

Almost immediately, the announcement drew criticism from commentators who pointed out that this move represents a further commodification of Boseman, who passed away due to colon cancer last year. The NFT was also made possible by the acquisitions organizations AdVenture Media and Taillard Capital, and the NFT artwork will be auctioned off; 50% of the proceeds are set to go towards the Colon Cancer Foundation.

“The way to immortalize an artist, is to honor them with art,” artist Andre O’Shea wrote on Twitter. “Bringing this piece to life has been one of my most challenging & rewarding experiences as an artist…I want to stress the importance of that because this is a price point that a black artist in the NFT hasn’t been able to break yet. We have the opportunity to create REAL history with this piece.”

Y’all commodified Chadwick Boseman into a NFT for swag bags but couldn’t give him an Oscar…. lol okay

Unfortunately, criticism of the NFT only increased in the wake of the Oscars ceremony itself: although Boseman had been heavily favored to win a posthumous Best Actor award for his performance in Ma Rainey’s Black Bottom, the award instead went to Anthony Hopkins for his performance in The Father. This upset came off as particularly jarring because, in a break with tradition, the Academy Awards saved the Best Actor award for last in the telecast; the fact that Boseman lost out at the culmination of the event left a sour taste behind for many.

Ultimately, the existence of the Boseman NFT coupled with the lack of Academy Award validation for his performance illustrates uncomfortable truths about how Black performers can still simultaneously be exalted and neglected, even in death. 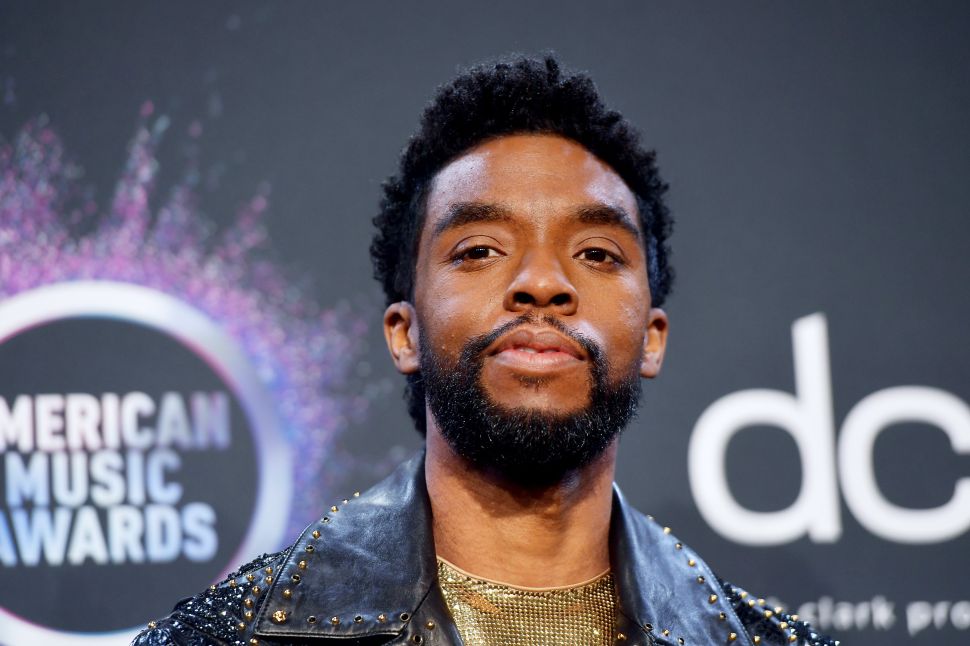