Thankfully, we’ve come to realize that the Academy Awards are a deeply flawed annual celebration of cinematic output. Its history is pockmarked with provincial gatekeeping and its future looks increasingly irrelevant amid the sea-change of modern entertainment. But despite all of the Oscars shortcomings, those golden statues still represent validation, justification, and powerful narratives within Hollywood.

Yet there still can exist a divide between the best candidate and the most-deserving candidate for a given award. That’s why we’re here to lay out who likely will win in the eight major categories Sunday night based on awards season track record, industry chatter and expectations, and who should win based on quality and impact.

Who Should Win: Promising Young Woman. Minari and Sound of Metal are worthy candidates here, as is Judas and the Black Messiah. The Trial of the Chicago 7 feels a bit bland in a year of fresh contenders.

Who Will Win: Nomadland. Chloé Zhao penned the screenplay based on the book by Jessica Bruder. Both Zhao and Nomadland have become odds-on favorites for several key categories throughout the night.

Who Should Win: The Father. Nomadland is brought to life more by Zhao’s incredible direction and Frances McDormand’s powerful performance than the script. The Father, which also boasts impressive direction and acting, runs the risk of becoming too inaccessible without a meticulously constructed story bible from Christopher Hampton and Florian Zeller.

Who Will Win: Daniel Kaluuya. The rising actor has already won the Golden Globe, BAFTA, and SAG Awards for his role as Fred Hampton. Come Oscars night, he’s as safe as a lock as you’re going to find.

Who Should Win: Daniel Kaluuya. The accolades he’s collected this awards season are well deserved. In Judas and the Black Messiah, Kaluuya toes the line between rage and serenity as the fiery, charismatic, and ultimately doomed civil rights leader. It’s a performance that demands notice.

Who Will Win: Yuh-Jung Youn. The veteran gives a truly arresting performance and, along with eight-year-old Alan Kim, has emerged as something of a breakout in the wake of Minari‘s success.

Who Should Win: Yuh-Jung Youn. You can make a strong case for Olivia Colman, Amanda Seyfried, or even Maria Bakalova, but Youn’s layered role asks much of her, and she never fails to deliver. The quiet devastation of Minari largely emanates from her relationship to the other characters.

Who Will Win: Chadwick Boseman. The actor’s final live-action film role also doubles as a zenith for his on-screen ability. One tragic element of many associated with his passing is the absence of future performances from a star who was just now rounding into his peak form. Potential being snuffed out before it’s had an opportunity to truly flourish.

Who Should Win: Anthony Hopkins. Boseman is a deserving candidate with a career-best turn in Ma Rainey. You’ll find no arguments from us here. But to see that Hopkins is still in full command of his fastball at 83, and is a sight to behold.

Who Will Win: Carey Mulligan. Perhaps known for slightly more demure roles in recent years, Mulligan’s vivid Promising Young Woman protagonist marks a stop-on-a-dime turn for the actress. As always, the Best Actress race is tight, with Mulligan being made a recent favorite.

Who Should Win: Carey Mulligan. We won’t fault anyone for going with Viola Davis here. But Mulligan’s performances traverses the emotional spectrum with keen, acutely cut edges. Promising Young Woman isn’t so much about female empowerment as it is the long-standing rage developed and stoked by decades of systemic and societal abuse. Mulligan wields that rage like a blade aching to find an artery.

Who Will Win: Chloé Zhao. The filmmaker is as safe of a lock on the night as Kaluuya is in the Best Supporting Actor category. She’s already claimed the Golden Globe, BAFTA and DGA Awards this seasons. Lock it in.

Who Should Win: Chloé Zhao. There’s a spirituality to Nomadland that infuses the film with an alternative plane of existence. You don’t so much find tranquility in its stillness, but perhaps perspective. If you’re lucky, maybe even a pinch of understanding. That’s a feat few filmmakers pull off in a career, let alone with their third feature film ever.

Who Should Win: Minari. Nomadland, Minari, Promising Young Woman and Sound of Metal are all in a tier of their own when it comes to this year’s Best Picture nominees. But none use specificity to represent universality as emotionally effective or honestly as Minari. 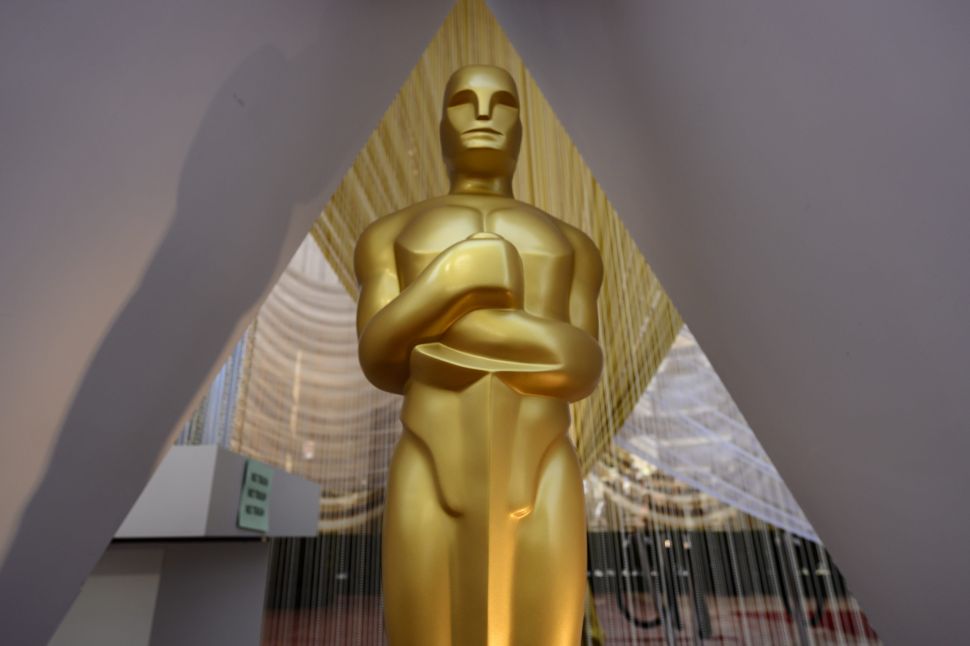