On Sunday night, Chloé Zhao and Frances McDormand’s Nomadland became the lowest-grossing film at the domestic box office to ever win Best Picture at the Academy Awards. This is, of course, completely understandable given the circumstances of the last year. The Searchlight Pictures film has grossed nearly $3 million amid ongoing theatrical closures across the country, yet is widely available on to stream on Hulu. Unfortunately, the accessibility of the Best Picture contenders via streaming this year didn’t translate to eyeballs for the Oscars.

The 93rd Academy Awards became the lowest-rated ceremony in Oscars history with 9.85 million viewers Sunday evening. This marks a 58.3% drop (13.75 million viewers) from last year’s ceremony, per Variety. The show scored a 1.9 rating in the advertiser-friendly key 18-49 demographic, which marks a 64.2% plummet from 2020.

Hollywood’s biggest night went host-less for the second consecutive year, changed venues from the Dolby Theater to Los Angeles’ Union Station, and also included a smattering of international locations where nominees could check in virtually. Though the traditional pre-ceremony red carpet festivities remained intact, producers Steven Soderbergh, Stacey Sher and Jesse Collins did away with the live performances of nominated songs while changing up the presentation order (which netted a disastrous final result).

Breaking from decades of Oscars tradition, Best Picture was announced before Best Actress and Best Actor were awarded. Though the first wave of ratings numbers do not include a specific breakdown, it is believed this could have resulted in an exodus of viewers prior to the ceremony’s conclusion. Not only was Nomadland the ceremony’s lowest-grossing winner (again, understandable), but also one of its lowest-budgeted with a production budget estimated to be less than $5 million.

It didn’t help that countless films were delayed out of the eligibility window as a result of the pandemic. Promising Young Woman wound up as the Best Picture category’s highest-grosser with $6.3 million domestic. In years past, nominations for box office hits such as Titanic, Lord of the Rings, Avatar, and Black Panther helped boost viewership. Ironically, the Academy’s choice to expand the Best Picture field up to 10 nominees to include more mainstream fare after 2008’s The Dark Knight was snubbed has had the opposite effect. Smaller, more intimate arthouse features such as The Hurt Locker, The Artist and Moonlight are more common than the occasional nomination for popular films such as Up or Toy Story 3.

Last year’s Oscars, in which Parasite became the first non-English language film to win Best Picture, notched 23.6 million viewers, an all-time low. In the pandemic, the Emmys (5.1 million) and Grammys (18.7 million) both set new lows for their respective telecasts. The Golden Globes (6.9 million) set a 13-year low. Audience numbers have been declining rapidly year-over-year for all awards shows in recent years.

ABC is locked into a contract with the Academy of Motion Picture Arts and Sciences that costs roughly $75 million per year and runs through 2028. Though the show still generates strong ad revenue ($129 million last year), the precipitous drops don’t bode well for future success.

Sunday’s Oscars were delayed two months from the ceremony’s original date. It marks the conclusion to the longest awards season in Oscars history after the eligibility window was extended into February. 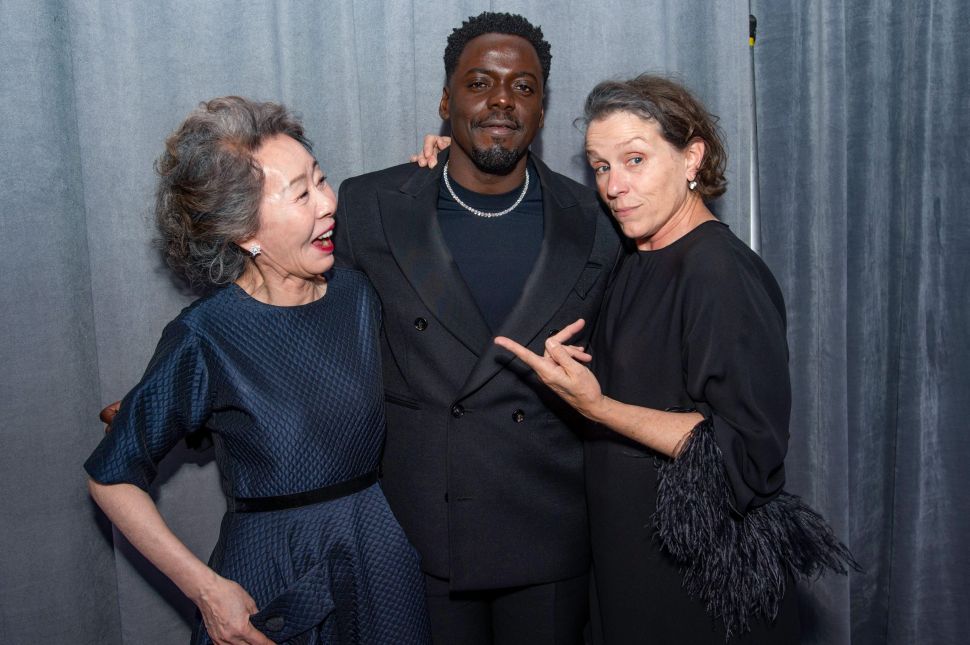