Prince Harry and Meghan Markle did not hold back their thoughts and feelings on the royal family during their big interview with Oprah Winfrey. While the Duke and Duchess of Sussex discussed issues with various members of the royal family, including Prince William, Kate Middleton and Prince Charles, they had nothing but kind things to say about Queen Elizabeth.

The Sussexes made clear during the 90-minute special that they both continue to have a good relationship with the Queen, and even after the interview aired, Prince Harry made sure to clarify that the Queen and Prince Philip were not involved in the racist conversation about Archie’s skin tone. According to royal biographer Andrew Morton, the reason Queen Elizabeth has been so sympathetic towards the Sussexes (and especially her grandson) is because she sees a connection between Prince Harry’s struggles and those of her late younger sister, Princess Margaret.

Morton’s new book, Elizabeth & Margaret: The Intimate World of the Windsor Sisters, is about the relationship between the royal siblings, and he told Vanity Fair‘s Katie Nicholl that Margaret “often felt that she was in Elizabeth’s shadow.” Similarly, as a child, Prince Harry felt Prince William always got more attention and was including in certain activities he was left out of.

Queen Elizabeth has a lot of empathy for her grandson, and “knows that being the spare is hard and a part of her recognizes that Harry was a sometimes a bit of a lost soul just like her sister,” per Morton, and the Duke of Sussex is a “royal rebel,” just like Princess Margaret.

The Queen has always tried to protect and support Prince Harry in all his endeavors, as she saw her sister “fall victim to the system. Shutting out Margaret didn’t help and the Queen has learned from that. She didn’t want history to repeat itself with Harry.”

After Prince Harry and Meghan announced their plans to leave their senior royal roles, Queen Elizabeth “did her best to accommodate her grandson’s wish to create a new life for himself and his family,” though she didn’t see a way for the Sussexes to have a half-in, half-out approach. Even now, however, Queen Elizabeth has made sure that “the door is always open for Prince Harry to return to the royal fold.”

While Prince William is still harboring a lot of anger towards his brother at the moment, the Queen has been much more sympathetic and forgiving towards her grandson. Queen Elizabeth “has a lot of affection for Harry,” Morton told Vanity Fair, and after Princess Diana died, she “deliberately taken him under her wing.”

Prince Harry and Meghan, however, are happy with their decision to step away from their royal roles, and believe they made the right choice in moving to California. Prince Harry is expected to reunite with the royals soon, though, as he’ll see both his brother and his grandmother this summer, when he returns to the U.K. for the unveiling of the statue in Princess Diana’s honor at Kensington Palace. 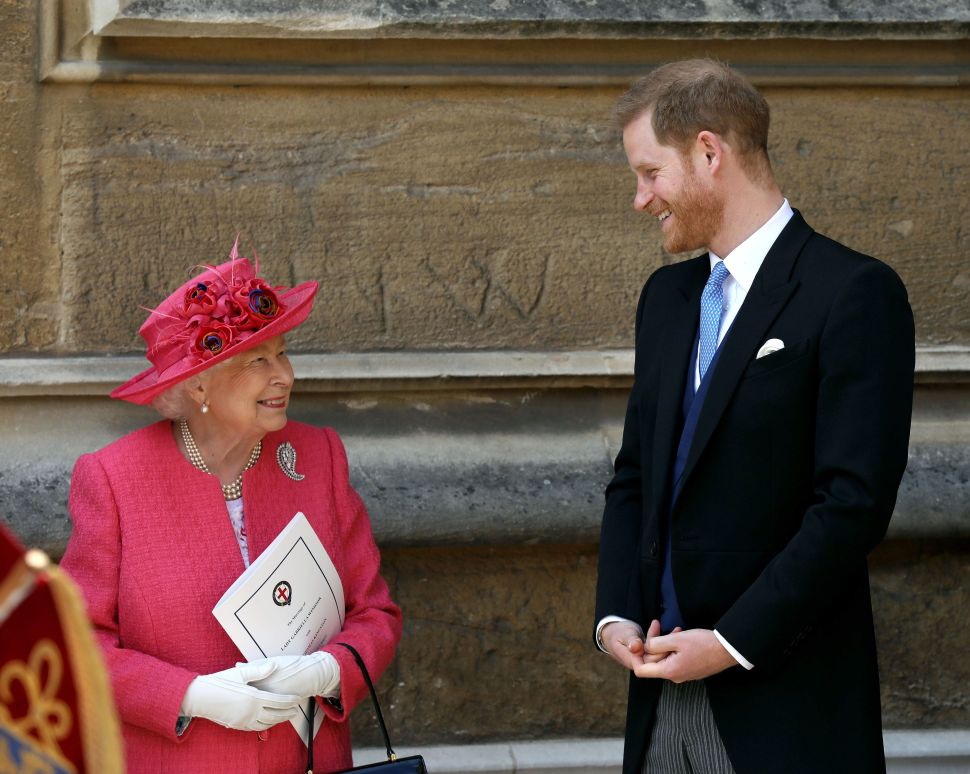