After more than a year across the pond, Prince Harry has returned to the U.K. for the first time since officially stepping down from as a senior royal, and he’s now following COVID-19 protocols and isolating at Frogmore Cottage.

The Duke of Sussex is back in the U.K. following the death of his grandfather, Prince Philip, who passed away last Friday at the age of 99. The Duke of Edinburgh’s funeral is set to take place this Saturday, April 17, at St. George’s Chapel at Windsor Castle.

Prince Harry made the trip alone; Meghan Markle, who is pregnant with the couple’s second child, was advised by her doctors not to travel, so she’s staying at the Sussexes’ home in Montecito.

Buckingham Palace confirmed Prince Harry’s plans to attend Prince Philip’s funeral in a statement over the weekend. “The Duke of Sussex is planning to attend. The Duchess of Sussex has been advised by her physician not to travel. So the duke will be attending.”

Prince Harry is now quarantining at his and Meghan’s official U.K. residence, Frogmore Cottage, where the Sussexes lived prior to their move to California. Last year, Prince Harry and Meghan paid back all the public money that had been spent on renovating the Windsor estate, and they also pre-paid a large amount of the rent up front.

Frogmore Cottage has actually been occupied by a different member of the royal family for the past few months, as Princess Eugenie and Jack Brooksbank have been living at the regal home with their newborn son, August, after reaching a private agreement with the Sussexes.

It seems Princess Eugenie and Jack, as well as their baby son, are still living in the five-bedroom home alongside Prince Harry, though it’s likely the Duke of Sussex is keeping his distance; he’s reportedly taking COVID-19 tests and isolating prior to the funeral.

At the moment, the U.K. government requires travelers entering the country to quarantine for 10 days, though an exception can be made for those attending funerals; the guidance notes that travelers can “leave your place of self-isolation in limited circumstances, including on compassionate grounds,” which is what will allow Prince Harry to attend Prince Philip’s funeral despite not completing the mandatory 10-day isolation period.

Prince Harry and his brother, Prince William, are reportedly expected to walk behind their grandfather’s coffin as part of the funeral, with their father, Prince Charles, leading the procession.

Prince Harry released a personal tribute to his grandfather via the Sussexes’ Archewell spokesperson earlier this week. “My grandfather was a man of service, honour and great humour. He was authentically himself, with a seriously sharp wit, and could hold the attention of any room due to his charm—and also because you never knew what he might say next,” the statement reads. “He will be remembered as the longest reigning consort to the Monarch, a decorated serviceman, a Prince and a Duke. But to me, like many of you who have lost a loved one or grandparent over the pain of this past year, he was my grandpa: master of the barbecue, legend of banter, and cheeky right ‘til the end.”

“He has been a rock for Her Majesty The Queen with unparalleled devotion, by her side for 73 years of marriage, and while I could go on, I know that right now he would say to all of us, beer in hand, ‘Oh do get on with it!’ So, on that note, Grandpa, thank you for your service, your dedication to Granny, and for always being yourself. You will be sorely missed, but always remembered—by the nation and the world. Meghan, Archie, and I (as well as your future great-granddaughter) will always hold a special place for you in our hearts.” 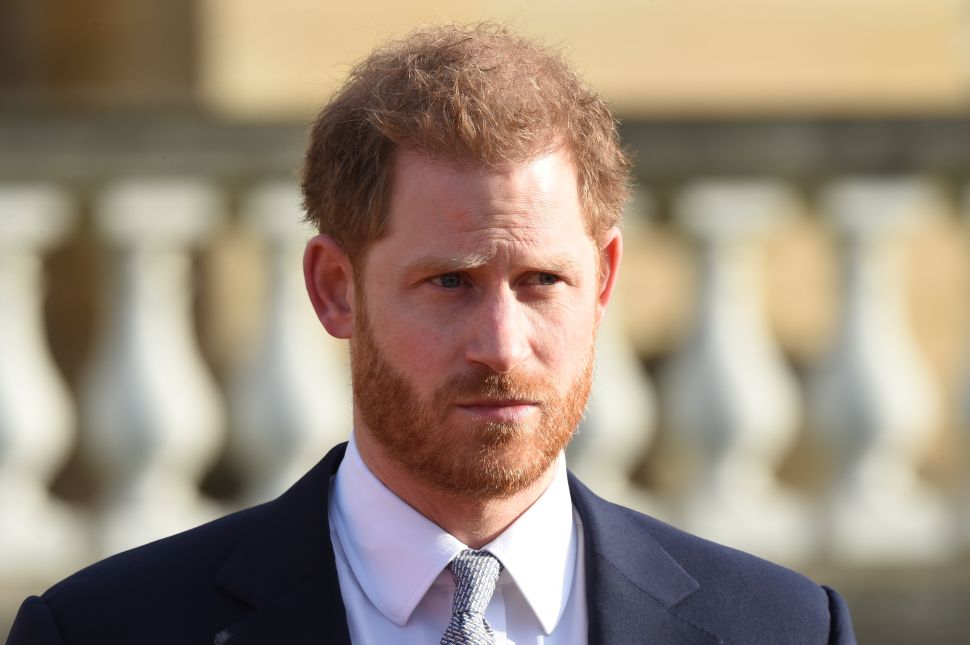