It’s been a difficult month for the royal family, as they’ve been grieving the loss of Prince Philip, who passed away on April 9 at the age of 99, and was buried in a royal ceremonial funeral at St. George’s Chapel last weekend. Despite the somber time, there are still celebrations for the royals this month, including a very important birthday.

Duchess Kate took the sweet photo of Prince Louis outside the family’s home at Kensington Palace, before her son started his first day of preschool at Willcocks Nursery School. It’s the same nursery school that Princess Charlotte attended, and is located just a few minutes away from Kensington Palace.

In the photo, Prince Louis smiles at the camera while atop a red balance bicycle; it’s a bike doesn’t have any pedals or chains, and helps children learn how to balance before they move up to bicycle with pedals. The little prince looks very excited for his big first day, and is dressed in light blue shorts (following in Prince George’s footsteps, clearly!) and a navy sweater with a blue-and-white striped collared shirt peeking out. His accessories game was exceptional, of course, with a coordinating blue backpack and blue shoes.

Prince William and Kate traditionally share new photos of their children on their birthdays, which are usually taken by the Duchess. Last year, the couple released truly adorable snaps of Prince Louis finger painting (a peak quarantine activity) at Anmer Hall, showing off his rainbow-colored hands and paintings in support of the NHS.

While Prince Louis’ birthday celebrations will have to be toned-down a bit this year due to the coronavirus pandemic, as well as the somber time for the family, surely he’ll still have plenty of treats to look forward to for his special day. Duchess Kate has previously said that it’s become a family tradition that she personally bakes a frosting-covered cake on everyone’s birthdays, and of course there will be presents. Kate was spotted out shopping with Prince George and Princess Charlotte at a children’s toy and stationary store earlier this week, so perhaps they picked out special gifts for their youngest sibling to gift him on his big day. 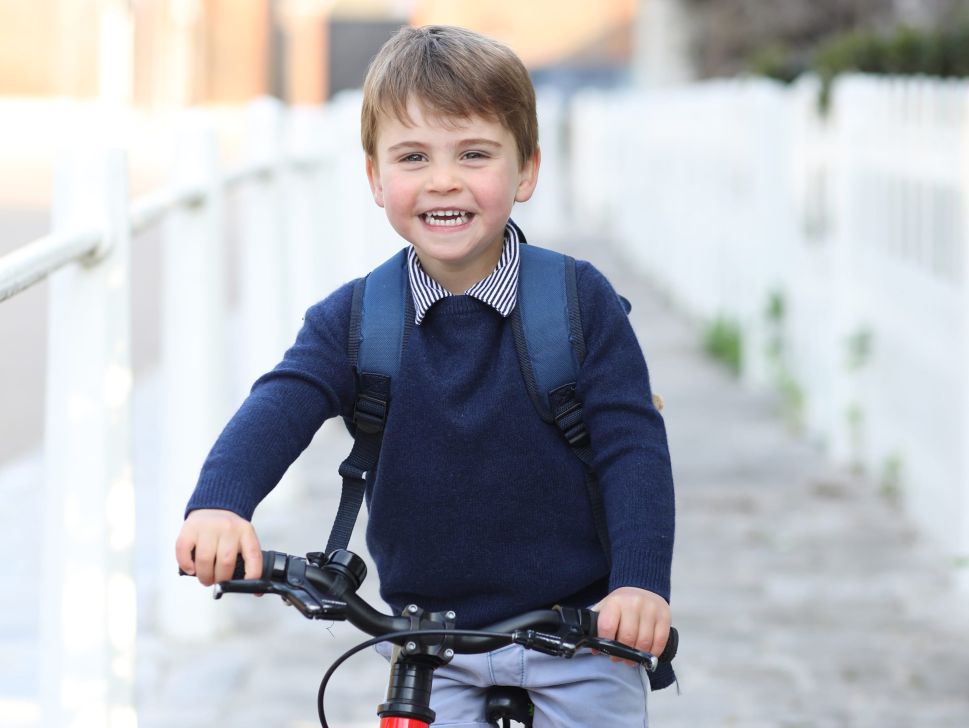