The royals are getting ready for Prince Philip’s funeral this Saturday, as the family is doing all they can to support Queen Elizabeth during this time, as she grieves the loss of her husband of over 73 years. Now that the Duke of Edinburgh’s funeral is a mere day away, Buckingham Palace has released final details about the service.

Prince Philip, who died on April 9 at the age of 99, was involved in his funeral plans before he passed away, though the arrangements have been modified due to the coronavirus pandemic. The Duke of Edinburgh will be laid to rest in a royal ceremonial funeral at St George’s Chapel, with just 30 family members in attendance.

Queen Elizabeth was in charge of the guest list, and reportedly had to make “difficult decisions” due to the pandemic. While the focus of the day is about honoring Prince Philip, the funeral will also mark a big family reunion, as Prince Harry will finally reunite with the royals for the first time in over a year.

The attendees will follow social distancing protocols, and all guests will wear a mask once inside St. George’s Chapel. The Queen is expected to sit alone, due to the COVID-19 crisis.

The Queen will, of course, be there, as will all four of her and Philip’s children and their partners: Prince Charles and Camilla, Duchess of Cornwall; Princess Anne and Vice Admiral Sir Timothy Laurence; Prince Edward and Sophie, Countess of Wessex; and Prince Andrew.

Queen Elizabeth and Prince Philip’s eight grandchildren and their husbands and wives (aside from Meghan Markle, who was unable to travel from California to the U.K. due to her pregnancy) will also be in attendance, including Prince William, Kate Middleton, Prince Harry, Princess Eugenie, Jack Brooksbank, Princess Beatrice, Edoardo Mapelli Mozzi, Zara and Mike Tindall, Lady Louise Windsor, Viscount Severn and Peter Phillips.

Lady Sarah Chatto, David Chatto, the Earl of Snowden, the Duke of Gloucester, the Duke of Kent and Princess Alexandra are also on the guest list, as well as Prince Philip’s cousins: The Hereditary Prince of Baden, the Landgrave of Hesse, the Prince of Hohenlohe-Langenburg and the Countess Mountbatten of Burma.

The Palace also revealed the royals (and the order they’ll be in) who will be following the coffin in the procession; first will be Prince Charles and Princess Anne side-by-side, followed by Prince Edward and Prince Andrew. Prince William and Prince Harry will follow behind them, but the brothers (who have had a rather tense relationship as of late) won’t be walking next to each other; Peter Phillips will be in between the two. The Duke of Cambridge and the Duke of Sussex when then be followed by Vice Admiral Sir Tim Laurence and the Earl of Snowden. Finally, a number of Prince Philip’s close household staff will bring up the rear of the group. The Duke of Edinburgh’s coffin will be carried in a Land Rover that he specially designed prior to his death.

There was some controversy over the dress code, as it’s customary that family members who hold military rank titles (that currently includes Prince Charles, Princess Anne, Prince Edward and Prince William) wear their uniforms to state occasions. That group no longer includes Prince Andrew, who gave up his royal roles amid the controversy over his friendship with convicted sex offender Jeffrey Epstein, or Prince Harry, as the Duke of Sussex was recently stripped of his honorary military titles after stepping down as a senior royal.

The Queen didn’t want to embarrass her son or grandson, according to ITV, and the Palace subsequently revealed that the official event attire is mourning dress, which means no family members will be in military uniform.

The funeral will begin at 2:40 pm at Windsor Castle in the U.K. on Saturday; the service will be conducted by the Dean of Windsor. According to Buckingham Palace, the service will last around 50 minutes, after which Prince Philip’s coffin will be lowered into the Royal Vault. The funeral will be broadcast live; in the U.K. it’ll be on a number of networks including BBC, Sky and ITN, but those across the pond will also be able to follow along, as U.S. channels will also be airing live coverage (starting at 9:00 am) on networks including CNN and NBC. 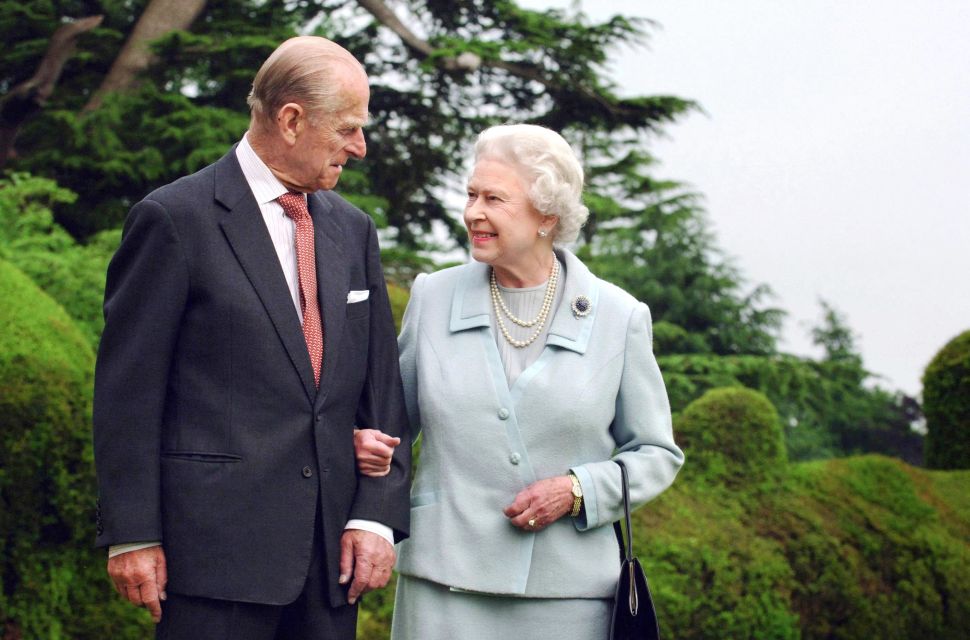