During a couple of pivotal scenes, Promising Young Woman employs covers of well-known pop songs — among them, renditions of Britney Spears’ “Toxic” and The Weather Girls’ “It’s Raining Men” — a musical approach which ends up an unintentional metaphor for the film itself. It feels like a cover version of the rape-revenge genre, hitting familiar beats while attempting to put it its own spin on existing melodies. But it also feels hesitant in its deconstructions, and afraid to carve out its own unique identity; it’s filled with great ideas, but it seldom commits to them.

Emerald Fennell’s feature debut tells the story of Cassie Thomas (Carey Mulligan), a thirty-year-old med school dropout who moonlights as a too-drunk-to-stand “hot mess” at night clubs, until some self-proclaimed nice guy decides to take her home. Whenever one of these good Samaritans tries to take advantage of her, she snaps to attention and drops the act, causing his put-on grin to be replaced by fear and panic. And then, she… well, the film leaves it up to the imagination at first. The image of Cassie’s subverted “walk of shame” the next morning — shoes in one hand, hot dog in the other and ketchup dripping down her clothes — is more than enough to conjure images of violent castration.

Subversion is the name of the game in Fennell’s film, though it fails and succeeds at this in equal measure. Cassie’s “revenge” missions, for instance, turn out to be a bit of a misdirect early on. They play on the violent expectations of B-movies and exploitation flicks, only to peel back the layers of a woman in arrested development, shackled by survivor’s guilt stemming from an incident in grad school: her best friend Nina’s sexual assault.

While Cassie’s nightclub ploys are largely successful, in that she’s able to strike fear into these men and make them reconsider, the film doesn’t seem interested in her outlook on how much danger she puts herself in every night.

Fennell approaches Cassie’s more reflective scenes with a keen eye for quiet moments. The director and her cinematographer Benjamin Kračun know just when to push-in on Mulligan, and Mulligan in turn knows exactly when to speak with her eyes, timing each dramatic beat with stunning precision. Mulligan turns Cassie’s voice into a sarcastic, defensive shield, but her expressions betray flashes of uncertainty and deep-seated anguish, which last just long enough for the camera to capture them. And when the film offers fleeting moments of unexpected levity (in the form of romantic interest Ryan, played disarmingly by comedian Bo Burnham), they feel like a refreshing respite from all the doom and gloom which have come to define Cassie’s existence.

Cassie is trapped in a cycle of second-hand trauma. She’s unable to find closure, and the closest she comes to actually confronting this trauma is coming within inches of re-enacting a painful moment from the past — not her own past, but Nina’s, as she intentionally places herself in the path of sexual predators behind closed doors. While Cassie’s nightclub ploys are largely successful, in that she’s able to strike fear into these men and make them reconsider, the film doesn’t seem interested in her outlook on how much danger she puts herself in every night. Whether Cassie is braving the potential consequences, or nihilistically accepting them, is an aspect of her psychology that feels frustratingly incomplete. It limits Cassie to her plot function first and foremost, rendering her a participant in pre-ordained events, without the looming terror of possibility. If she’s acting out of survivor’s guilt, does she do this in spite of the risk it poses, or because of it?

Whenever Promising Young Woman approaches challenging material, it treats it like a hot stove and snaps its hand back as if on instinct. The question of what it truly means for Cassie to act on Nina’s behalf, and what it means for the film to de-center a survivor in favour of a friend and bystander, comes up only briefly, in a scene between Cassie and Nina’s mother (Molly Shanon) before being waved away for the rest of the story. When Cassie learns that one of the med school perpetrators is getting married — he has the luxury of moving on; Cassie and Nina do not — she begins tracking down people directly and indirectly involved with the assault, including friends and authority figures who took the side of Nina’s rapist. Two scenes in particular see Cassie confronting women who were responsible for these personal and structural failings, and her wrath, at their refusal to admit wrongdoing, leads the film down a couple of genuinely shocking and discomforting paths. These thorny subplots, involving a kidnapping and a paid assailant, imbue Cassie’s story with razor-sharp tension — which the film then neatly diffuses, in the form of winking rug-pulls that circumvent the need to wrestle with any real cognitive dissonance. (Cassie turns out to be more of a prankster than a vigilante).

Cassie’s path is a righteous one, but any time it seems like it might get murky or complicated, the film zig-zags without letting the audience feel morally conflicted about her for too long. One such instance involves Cassie no longer having a justifiable outlet for her anger. When she confronts the lawyer responsible for smearing Nina’s name (played by Alfred Molina), it turns out he’s already begun to repent, much to her surprise. But the film avoids the ensuing moral conundrum almost entirely. Her confrontation with the lawyer plays out as if on fast forward, skipping hastily to absolution instead of the camera lingering on difficult uncertainty, the way it does in so many other moments. The result is the swift brushing aside of an emotionally explosive question: what does one do with pent-up rage when denied closure or release? This is especially disappointing in a film that constantly circles themes of Cassie’s helplessness in the face of tragedy, and her inability to change the past.

If there’s one major subversion that almost works, it’s an unexpected third act turn which satirizes a retrograde American comedy premise: the “dead hooker” or “dead stripper” at a bachelor party (i.e. the plot of late ’90s films like Stag and Very Bad Things, though 2017’s Rough Night presents an equally ugly gender-flipped version). Without revealing too much, the film’s divisive ending re-creates this common, often misogynistic trope of violence against sex workers, but it shifts the empathy over to a character who usually ends up a disposable, dehumanized punchline. It’s a neat swerve in isolation — especially its use of charming TV actors like Max Greenfield (New Girl) and Chris Lowell (Private Practice) as Cassie’s predatory classmates — but it arrives at the tail end of a film that’s refused to follow through on so many of its most potent ideas.

It turns out that one too many dissatisfying rug pulls can have a compounding effect, and the resultant climax, while intellectually stimulating, feels emotionally deflating. The film’s premise sidelines the fantasy of the rape-revenge genre in favour of a more realistic fallout, but the conclusion wants to have its cake and eat it too, wrapping up with the police becoming a magical, fantastical part of the solution, rather than part of the ongoing structural problem. More pertinently, the film only seems to clarify Cassie’s outlook on this climactic mission after the fact, when folding her POV into the ongoing narrative would have undoubtedly been more haunting, challenging and engaging.

Mulligan’s raw portrayal of a woman trapped by invisible walls is certainly powerful — she keeps the film afloat even when it falters — and the way Fennell gives human form to those walls imbues the film with a simmering rage. However, these handful of strengths are hardly enough to render its other failings moot. Mulligan and Fennell clearly make a deft dramatic pair, and one can easily picture some future collaboration between them that sticks the landing. But in the meantime, Promising Young Woman is a promise of what could have been.

Promising Young Woman is out on demand. 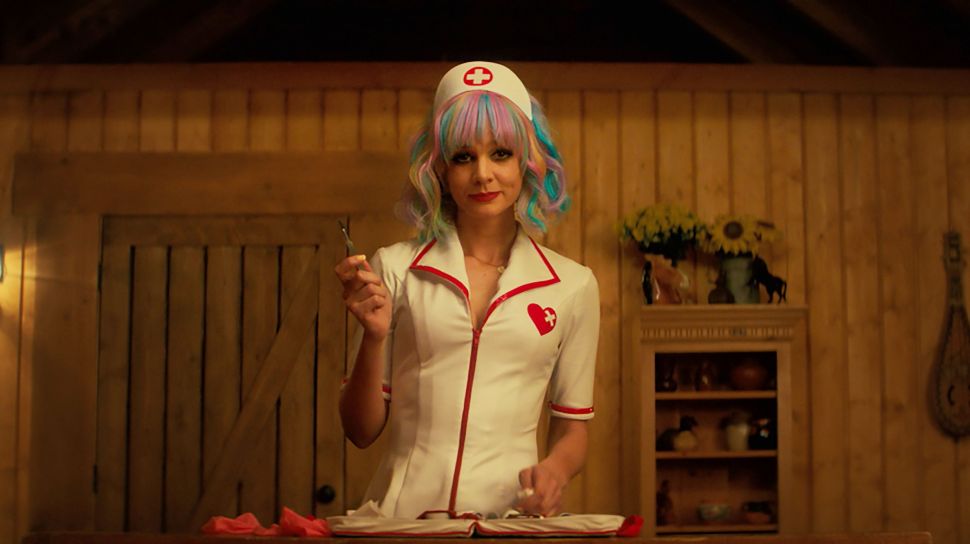