This week The Hollywood Reporter published a lengthy profile of Ray Fisher in which he and others described abusive and condescending behavior by director Joss Whedon on the set of the 2017 film Justice League. The article illustrates how little power actors in Hollywood have to demand accountability or even basic respect from their employers and bosses. And if unionized actors with substantial media access, money, and legal resources can’t make their bosses treat them fairly, what hope is there for the rest of us? The petty tyranny of the Justice League set is a reminder of just how prevalent, and how unjust, petty workplace tyrannies are.

Joss Whedon came onto Justice League to lighten the tone of the film and shorten it following the departure of Zack Snyder. Whedon substantially cut the role of Ray Fisher’s character Cyborg, and was very reluctant to take suggestions about the character from Fisher—who was the only Black creative person involved in the film. Whedon wanted Fisher to have a catchphrase, “Boo-yah!”, which Fisher felt was demeaning. He also wanted Fisher to smile more, reportedly because he didn’t want the film to center on an “angry Black man.”

The Hollywood Reporter also tracked down sources who said that virtually every other actor on set had problems with Whedon as well. One especially damning report said that Whedon threatened to make Gadot look “incredibly stupid in this movie” if she continued to argue with her about her lines. He also reportedly disparaged Patty Jenkins, the director of the very successful Wonder Woman (2017). (Joss Whedon’s own script attempt at a Wonder Woman film was a notoriously sexist disaster.)

Fisher’s accusations prompted a number of other actors who worked with Whedon to come forward. Charisma Carpenter, who worked with Whedon on Buffy the Vampire Slayer and Angel back in the late 1990s says the director harassed her and then fired her after she became pregnant. Michelle Trachtenberg, a young actor who played Dawn on Buffy, has said that Whedon’s behavior was so inappropriate he was not allowed to be alone with her on set.

In short, Whedon has been accused by numerous actors over the course of more than 20 years of bullying, abusive, sexist and racist behavior on numerous sets. Yet, none of it mattered. He went from high-profile project to high-profile project, including 2012’s The Avengers, perhaps the key film in the Marvel Cinematic Universe’s multi-billion dollar franchise.

Whedon has not been accused of sexual harassment and assault by dozens of women, like producer Harvey Weinstein. But like Weinstein, he was able to continue his behavior for years, and decades, using his authority to bully and abuse like a tiny despot, with no accountability. It’s only now that studios appear to be pulling back. Whedon backed out of the Warner Brothers series The Nevers citing exhaustion, though the conflict with Fisher may well have factored in.

If Hollywood actors can’t challenge their bosses when they abuse their power, how do workers with less money and fewer resources manage?

What’s especially disheartening is that if anyone has the power to confront workplace abuse, you’d think it would be Hollywood actors. Actors are unionized and have agents who are able to advocate for them. They can also command media attention relatively easily. Studios have a lot riding on stars like Gadot, and major incentives to keep them happy.

Yet even with all these advantages, coming forward can be incredibly difficult and harm an actor’s career. Weinstein’s victims and targets included a list of prominent Hollywood performers, including Helena Bonham Carter, Rosanna Arquette, and Cate Blanchett. But they still were afraid to defy him—for good reason, based on the vindictive way he torpedoed some of their careers.

Fisher has faced blowback as well. Justice League should have been his big break, and set him up to be a recurring figure in Warner Brothers DC Extended Universe. Instead, he’s been taken off the upcoming Warner Brothers film The Flash. He believes the decision was retaliatory.

If Hollywood actors can’t challenge their bosses when they abuse their power, how do workers with less money and fewer resources manage? The answer is, unsurprisingly, that they do not manage well. One  2017 survey found that 20% of American workers experienced abusive behavior—including verbal abuse, sexual attention, and threats—every month.

The unusual thing about Joss Whedon was not that he was allegedly abusive but that he faced public criticism and some marginal accountability.

Marginalized people are especially likely to experience abusive work environments. The same 2017 survey found that 8% of women ages 24-35 said they’d been targeted for unwanted sexual attention at work in the previous month. And 2020 study found that 42% of US employees have witnessed or experienced racist incidents at work. In theory, racist discrimination at work is illegal. In practice, the US Equal Employment Opportunity Commission investigates cases slowly, and only provides workers with assistance or compensation in around 18% of cases.

From these figures, it’s clear that the unusual thing about Whedon was not that he was allegedly abusive but that he faced public criticism and some marginal accountability for his behavior. Most people who have worked anywhere for anyone probably have stories about bosses who won’t allow workers needed time off, or who are needlessly abusive, or (my favorite as a freelancer) who simply refuse to pay money owed.

Only about 12% of US workers are in unions. Much of the rest of the workforce are at will employees, who can be fired for nearly any reason, or no reason. Around a third of American workers are in the gig economy, scrambling for the next job with precious few labor protections. When workers are scared of losing income, opportunities, and even basic health care if they complain, or even whimper, employers, owners, and bosses have huge latitude to indulge their greed, frustration, bigotry, and sadism at their workers’ expense. They can even make workers pee in bottles to meet quotas, as Amazon is reported to have done. 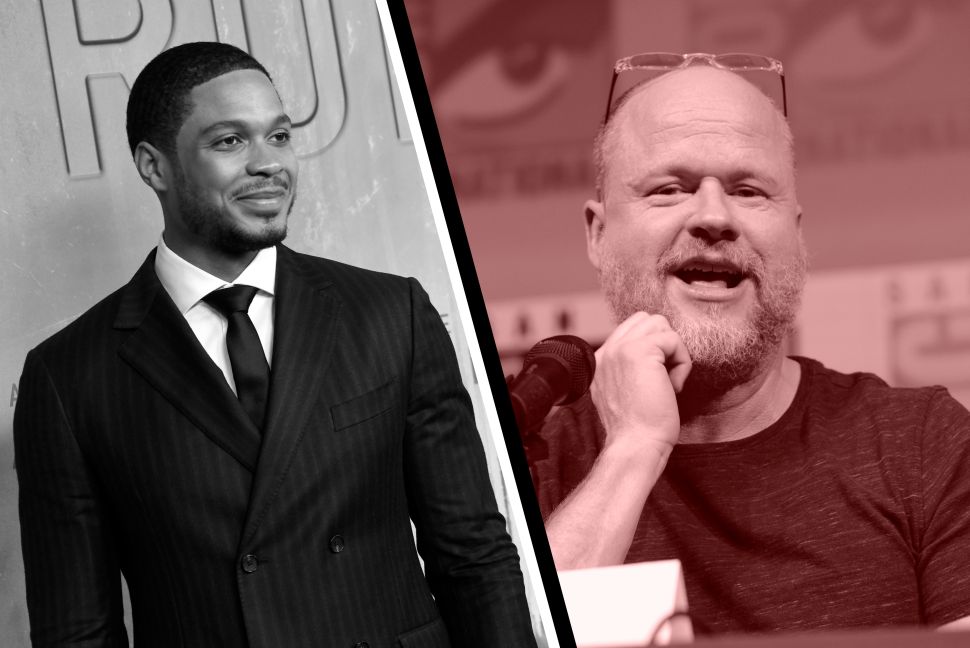